Cheetah Prowls on the Dark Side with "Star Wars" 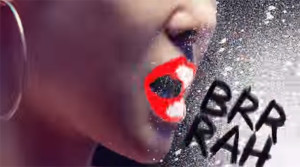 Before we begin, I just have to say “Star Wars” is the type of song you put on when you need to blow off some steam. It’s quick and simple, and that’s exactly what this review is going to be. No fluff or filler, just straight to the point. I’m thinking Cheetah would want it that way.

Every once in awhile an artist has to release a quick little something to remind people exactly who they are. Cheetah’s release of this one minute forty second clip does that in exceptional fashion. While the actual song itself clocks in at just over three and a half minutes, the clip we get is just enough to reinvigorate your soul after a hard day of aggravation and dealing with people whose sole purpose is to mess with you.

One hundred seconds of pure aggression with a heavy injection of piss and vinegar, Cheetah does something that we haven’t seen since she went God mode in her final performance on Unpretty Rapstar: delivers straight BARS.

Lyrically, Cheetah is an emotional rapper with a penchant for the dramatic and somewhat poetic. Even her most sexually explicit tracks have a clever curl to their lyricism that will either put people off with its pretty honesty or leave people in awe of how words with such a semi-poetic bite and growl could come out of such a pretty mouth. 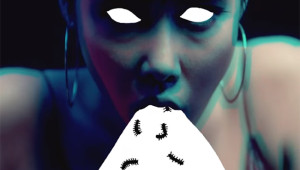 “Star Wars” is just that type of song. Lyrics like “Why do you shit in my ears and run away? Now you become pretty popular by imitating hot shots,” and “You’re the one with digestive problems, but I’m the one who throws up,” Cheetah is on a rampage, her pretty growl twisting through the heavy beat and eerily sparse instrumentation. Twisting the iconic “I am your father” to match her snarling indictment of those riding on her coattails (a warbled “I’m your mother”), she lets anyone trying to steal her thunder know just who’s responsible for who and what they are.

The video is a far cry from the camp of “My Number” but retains all of its brashness. With moments of animation to illustrate the most powerful parts in her rap and add dimension to her already animated delivery, it’s clean, stark, and shows us the other side of Cheetah — the sexy beast, if you’ll pardon the expression. But that’s exactly what she is: a pitbull that looks like a china doll with a bite sharper than the bark she lays down on all of her tracks.

While it’s not really a coincidence the release of the track coincided with the release of the latest Star Wars installment, the MV and song themselves have no connection whatsoever beyond the conceit of a deep-toned Jedi with the most powerful mind tricks this side of the Force. 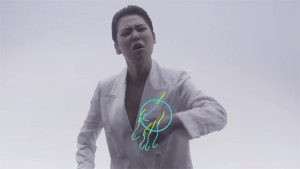 Cheetah once again has proven just why she snatched the crown and everyone’s wigs along with it when she claimed the throne on the first season of Unpretty Rapstar. This chick didn’t come to play. She came to hunt souls, and she’s got quite a few heads on her wall.