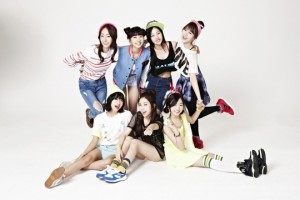 KARA Project is here, the reality competition show where seven trainees compete for the chance to become a new member of KARA over six episodes and five missions! It’s been clear since the moment it was announced that company DSP Media has two ultimate goals with this show: 1) Convince fans that Kara really does need a new member, who they should welcome with open arms, and 2) Convince fans that the winner of the KARA Project definitely deserves to win the coveted spot.

The largest risk, of course, is that fans will become too attached to the six girls who don’t get the spot, and the new KARA and DSP Media will receive negative backlash. After watching the first episode, I think the possibility is real. From the first minute of the show, these seven girls, or Baby KARAs, already move like a skilled group. The established-idol-style captioned introductions don’t help: There’s innocent and lovely Siyun, pure and sexy Youngji, fresh and lively Chaekyeong, proud and chic Somin, honey voice Chaewon, pretty girl Yuji–and even sensitive leader, Sojin. 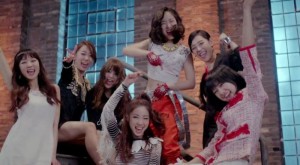 Once briefly introduced, the girls are assigned their first mission: Perfect KARA’s famous “Step,” including choreography, expression, and singing, in one week. Hearing this song play incessantly for twenty minutes really took me back in time. Siyun and Chaewon are criticized for their dance, while Sojin and Somin (and pretty much everyone besides Youngji) excel in the recording studio. Youngji is hospitalized for a leg injury and can not dance; her fate as a Baby KARA is left unresolved.

Naturally, a surprise performance is sprung upon them and I thought they did very well, possessing great energy and charisma onstage. The three judges, however, rip their performance apart. Vocal trainer Lee Na-gyum, choreographer Jun Hong-bok, and Jo Yong-hwa, KARA’s chief manager and director, say that they were extremely disappointed and none of them are at all worthy of being a member of KARA at this moment in time. Basically, they are all awful. 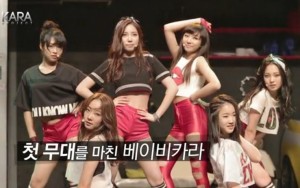 Now this is a strategic move (since no one believes anymore that reality shows are unscripted or un-biased) to shift sympathy onto the competitors. By having the judges say what many fans are thinking, it gives the seven a chance to prove them wrong; I predict that by the last episode, these harsh judges will be singing the opposite tune. It’s implicitly sending a message to the viewer: if these girls can make former “antis”/expert judges believe in their KARA power, then you should too!

But I’m getting ahead of the game. Back to the girls themselves: Jo Yong-hwa says Chaewon did the best and Yuji the worst, while Lee Na-gyum singles out Somin as the clear standout. Earlier in interviews, two girls named Sojin (the oldest and “leader”) as their top competitor and three girls named Somin. When adding up screentime, feedback, and the particular edits their personalities are given, Sojin and Somin are the clear first-episode frontrunners, with Chaewon a close second. 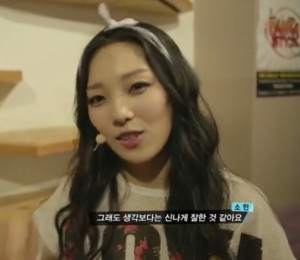 My prediction, however, is that all of this is shaken up in the next episodes. Somin is too much of an early frontrunner to win the entire competition, and her uncanny resemblance to Goo Hara, mentioned during the episode, will unfortunately work against her in the final stages. For fun, I will predict Sojin to win the competition, “not just a pretty face” Chaekyeong to either leave early or last til the very end, and “sexy” Youngji to possibly stage a miraculous comeback from injury.

Apart from the training, performing and judging scenes, the first episode is rather dull. The scripted mock interview scenes are boringly presented, though we do learn that Chaewon impressively commutes for either four or eight (unclear) hours a day just to be a trainee. As for personality, Sojin is getting the wise leader edit, which leads me to think she may be the ultimate chosen member. Her older age is not a deterrent to entering an older, established group. As part of 92-line, she would be the maknae of KARA by only a year, while the youngest Baby KARA is 98-line and looking at a serious age gap. 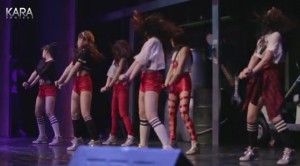 The show’s voting standards are as such: 30% expert votes, 20% (national) popularity votes, 30% global popularity votes, and 20% performance rating votes. There was no elimination in the first episode, and it’s unclear how elimination works on the show; it makes the most sense to lose one to two girls per episode, but it’s possible that all seven will stick around until the finale for maximum heartbreaking effect.

KARA Project attempts a risky balancing act between outright damage control and self-promotion, and I’m interested to see how it all plays out. If you’re watching, do you think it’s possible for the show to overturn the tide of negative backlash? Who are you rooting for?