After returning to Korea, Jay Park showed that there is life after the boy group (and scandal). He’s won awards and topped charts as a soloist. Through it all, Jay Park was doing things his way. So, when he announced to formation of independent label, AOMG (Above Ordinary Music Group), it wasn’t that big of a surprise.

AOMG had already seen success, but the addition of Simon D as Co-CEO, only entrenches the label’s position as the next big thing. With Simon D comes a big name in both K-pop and hip-hop, and prestige that comes along with that name.

Even though AOMG is not a mainstream, pop label, it still has a presence in the K-pop world. K-pop moves extremely fast and what was popular last year could no longer be popular this year. So, having artists on board who know how the market works is vital in continuing to be a market participant.

Jay Park knows what it’s like to be a part of the idol industry and one of the “Big 3.” He’s been in the machine, and has the luck in knowing what makes it work. He continues to work with mainstream artists, featuring on songs for female artists, and even U-KISS. This allows AOMG to have a resource in keeping a finger on the pulse of mainstream music.

What makes AOMG more special is that, despite his boy band past, Jay Park is also respected among the hip-hop community. He’s worked with the Queen and King of Korean Hip-Hop, Tasha and Tiger JK. He has a very close personal and professional relationship with Dok2 and Illionaire Records, as well. That’s working capital in the music world. 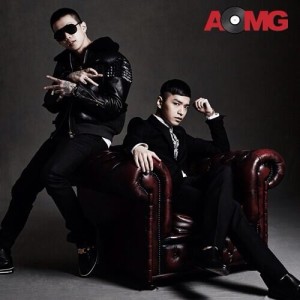 Simon D also has strong connections, being in the industry for seven years. Up until this year, he was a part of probably the most prominent hip-hop label, Amoeba Culture. Despite splitting from the label, the connections made there will probably come in handy down the line. We may even see a reunion, even if temporary, of Supreme Team. One can only hope for this to happen.

Both Simon D and Jay Park also have television experience. Jay Park is now a cast member of SNL Korea, and has appeared on more than a few variety shows, so the public knows his face, and the same goes for Simon D. We all know how vital it is for labels to have their artists constantly in the minds of consumers.

Internalization of most music-making components is a great benefit for AOMG. The ability to control the music they release is important to stay true to their mission as an independent label. On top of that, the roster of those under the label not only includes musicians, but also composers, producers, and artists. Instead of having to ask an outsider to produce their music, AOMG can do it themselves.

Also, album artwork, and even clothing designs, can be done in-house. Not having to pay an outside artist to do work for you surely help keep money within the label, and keep profits high.

Loyalty and connections go a long way in the music industry. Scratch someone’s back, and they’ll scratch your back later. Whether it’s featuring for other artists or producing their music, collaborations and friendships pay off in the end. 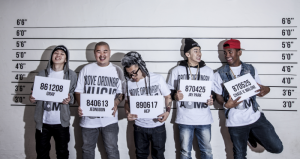 ughout the years, Jay Park has shown intense loyalty to his supporters. When he formed his independent label, he paid homage to the b-boy crew, Art of Movement (AOM), of which he’s a long time member and AOM is even part of AOMG’s roster. Jay Park also brought his songwriter-producer friend, Cha Cha Malone, onto the label.

When he performed at South By Southwest this month, Jay Park took label members, Loco and DJ Pumkin, with him. He also had GRAY with him during his European tour. These types of actions show that AOMG is serious in fostering collaborative and supportive relationships between the artists.

Musically, the artists under AOMG have an immense connection to both the underground and the mainstream industry. Before his official debut under AOMG, GRAY was most notably a composer and arranger. He’s worked with many prime hip-hop artists like Crucial Star, Zion.T, and Dok2.  Most recently, GRAY found success by being the producer behind Gary’s hit song, “Shower Later.”

AOMG also recently added DJ Wegun and Ugly Duck, who are both members of Buckwilds. This is a major coup for the label, considering the roster Buckwilds possesses. DJ Wegun was just named “DJ of the Year” by HIPHOPPLAYA and the underground scene is a wonderland of new recruits trying to make their bones. AOMG’s roster only enhances their opportunity to gain new artists before others.

If AOMG can continue bringing in rappers from the underground, as well as capable singers and producers, the label has the opportunity to move to the forefront of hip-hop labels. The combination of experience and talent makes AOMG a formidable force to keep an eye on.