In K-pop, only two things are certain: sexy comebacks, and cries from fans for a specific sub-unit. Sones in particular have made a habit of suggesting various sub-units following TaeTiSeo’s  debut. After all, half the comments from Sones after the release of “Mr.Mr” were about potential sub-units. And since it keeps getting brought up, let’s take a look at some of the more popular hypothetical units: if they would be a success, and if they would be any good.

TaeTiSica: This seems to be the single most sought-after subunit, especially after Jessica’s drop in lines in SNSD’s songs over the last year or so. The three of them are the powerhouse vocalists in SNSD, after all. There are some potential issues, though, primarily with harmonization. Taeyeon, Tiffany, and Jessica might be powerhouses, but powerhouses don’t blend very well; it’s not their job. Normally, it’s not a problem because there’s already someone else– i.e. Seohyun — whose job is to bring them together. Without someone to bring balance to their voices, TaeTiSica would be a hot mess.

TaeTiSeoSunSica: A sub-unit of the entire vocal line would solve the harmonization issues, as well as giving Sunny a much-needed chance to show her vocal skills. On the other hand, this would undoubtedly be a ballad project. The five have done several ballads for various OSTs, and whenever the vocal line performs on music shows or at concerts, it’s almost always a ballad. There’s nothing wrong with ballads, but they do get old. SM, it is possible to write vocally challenging music that’s faster than mid-tempo. Just saying. 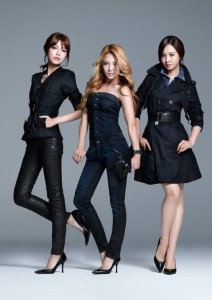 HyoSooYul: HyoSooYul is, after TaeTiSica, the most commonly suggested unit, and has the best chance for greatness…if it’s done right. Just take a fierce, confident concept, add a high-energy song written specifically for their lower voices, stir in some dance breaks and voila! A killer sub-unit and a chance for SNSD’s most neglected members to shine. Here’s the thing, though: while a HyoSooYul unit would be good, it probably wouldn’t sell — at least not at the level SNSD releases usually do.  Hyoyeon, Sooyoung, and Yuri are the least popular members, and are the ones stuck with the “useless” label.  They’re solid vocalists, but they’re not fantastic, which would just draw more netizen complaints. As much as it hurts, the odds of HyoSooYul becoming an actual unit are low.

SunSeoYoon: This is another unit that could shine if given the right concept. It would be good exposure for Sunny — who is the most neglected of the vocal line — and give Seohyun a chance to strut her stuff beyond of Taeyeon’s vocal shadow. Yoona’s presence would guarantee high sales, and it would also give her a chance to sing more than two lines. All three have fairly high, light voices that would lend themselves well to a lighthearted, fun concept. Once again, if managed correctly, SunSeoYoon could really pop as trio. A song about feeling young and carefree would perfectly suit their voices, but even an upbeat oppa love song would be just as good.

These are just four of the many possible sub-units from SNSD. Who do you want to see and why? Are there any particular concepts you want an SNSD sub-unit take on?