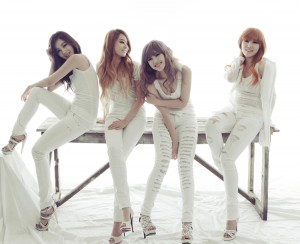 Welcome back to our Creating Your Own Idol Group guide! Don’t worry if you missed the first two parts, they’re still available for you to peruse! In Step 1 we discussed how to select members for your idol group and in Step 2 we went over some suggestions for choosing the name and concept of your group.

Now that you have the outline of your group, it’s time to work on their debut. The debut is deceptively simple — upon first glance it seems as if all that is needed is a catchy song and slick choreography.

But since Seoulbeats likes to take the fun out of K-pop, it’s time for me to show you how much thought and work is needed for your group’s debut.

Before we begin with details of the debut, though, we need to consider risk. Creating a K-pop group is, at its very core, a risk. There is no way to guarantee a positive reception from the public and there’s no way to know how long your members will stay with the group. And if you’re from a smaller company, the liability is even greater.

Therefore, every aspect of a debut carries some amount of risk and minimizing the risk while maximizing profits is the goal here. Due to this, for each aspect of debut that will be discussed, risk will be discussed as well in the simple form of low, medium, and high. 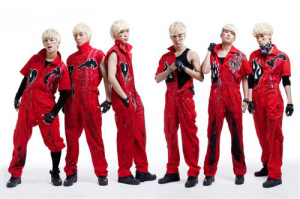 The first thing to consider is your idol group’s debut song. Many groups have rebounded from unoriginal debut songs, but the only exception to an oversight on this is if your group will be billed on vocal talent. In this case they should show some vocal talent. And contrary to popular belief, hitting high notes is definitely not the only way to demonstrate vocal talent.

A low risk song can be elevated with higher risk choreography. If you’re trying to play it safe, any one of these popular dance moves are a good option, with chest popping being a good choice for girl or boy groups. If you want to take it a step further, however, plan on a more intricate dance with moves that emulate the mating rituals of birds. I can guarantee you’ll get a lot of publicity for that.

Although having good choreography and songs are important, the real purpose of a debut is to spark interest in the group. For this, the fans must get attached to the members. 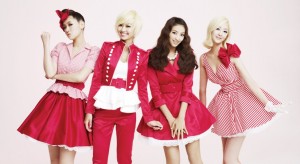 There are a number of pre-debut methods that utilize this tactic, and some of the most common mediums are reality shows and YouTube videos. Another way to accomplish this is by an MV that adequately shows off your members.

Usually the MV will correlate with the lyrics but that doesn’t mean that there can’t be extremely gratuitous close-ups of your members as they sing and dance. In fact, it’s encouraged, as it will rope in some fans based on the groups’ visuals.

Another way to utilize the MV to your advantage is to have a focus. By this I mean that you need to decide whether the music video will be a story, will it be a dancetastic MV, or will it make absolutely no sense?

Also of importance are stage outfits. Stage outfits run from hit-or-miss to the ridiculous to the actually-not-that-bad. Outfits can either make or break a first impression. They also need to coordinate with the choreography to provide the best experience possible for fans.

So now that we know most of the elements of a debut, what do the risk levels of each have to do with it? 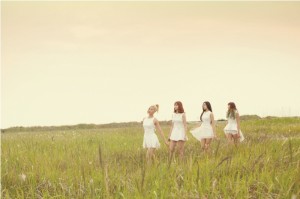 It’s simple. For each element (song, choreography, MV, stage outfits), decide what the risk is — low, medium, or high. Then assign point values with low being 1 point, medium, 2, and high, 3.

Since each element might have different risks, when you add up the overall score, it will tell you where you stand in comparison to other groups.

Low risk debuts, like Skarf’s “Oh! Dance” are a way to play it safe. However, playing it safe can often come across as boring. If your group’s debut falls within 4-6 points, it may come across as unoriginal. Fortunately, groups like Vixx have shown that you can dial up your group’s concept the next time around and be successful.

A medium debut would be 7-9 risk points with two good examples being the aforementioned B.A.P.’s “Warrior” and Sistar’s “Push Push”. These two debuts pushed some boundaries and remained original. If your group falls in this category, there will definitely be some people who take note. 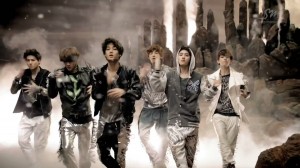 Lastly, is the frightening high risk debut of 10-12 points. Very few groups go this route because you either soar or you fail.

One of the few groups that come to mind would have to be Exo with their debut song “Mama”. There was so much hype, a new alien concept, 12 freaking members, and an epic song that set them apart from all the rest.

However, the only reason they were able to go this route was simply because they were backed by the hulking giant that is SM. Had a smaller company attempted this, it may not have gone the same way.

These are just a few of the basic things that need to be considered when you prepare a group for their debut. If you your preparations are thoughtful, and you manage to spice up their debut, you’re sure to see some return on your investment. Once you’re satisfied with the planning and production for you group’s debut, it will be time to sit back and relax.Take everything I said about risk levels, throw it out the window, and pray the public likes your group.

What would make the ultimate debut?