The Lab Rats of K-pop Fashion

As much as K-pop prides itself on music, a large part of the experience also comes from the visual side of things. From the music video to the concept/album photo shots, a large part of whether they succeed or fail also lies in the ability of the stylist or outfit co-ordinators to find the look that works.

However, what if not everybody in the group suited the new look planned in mind, or that the look failed miserably with audiences, resulting in even the visual of the group taking visual hits (forgive me, I tried to find a better term!) 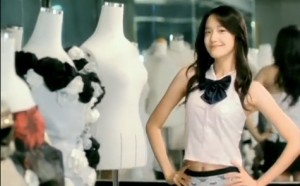 Hence to spare the ignominy of the Yoonas, Doojoons and Minzys suffering purple-orange hair and wearing baggy blazers emblazoned with weird designs (and hence get safe looks), in every group there is always the obligatory “fashion lab rat”, which is the designated member to try whatever is new, trendy or just plain odd by prevailing fashion standards.

The advantages of such a move are plenty. For one, fans and the public are allowed to judge a new style on a more “neutral level”, the visuals’ good looks remain (never mind that it’s the same old conservative dark hair and nicely co-ordinated clothing) and K-pop keeps its reputation as a trend-setter, at least where styles are concerned.

With that, it’s worth taking a look at some fashion lab-rats:

Top on the fashion lab rat list would have to be SNSD’s Hyoyeon. From the unflattering shades of blonde given to her for their debut, and the Hoot look, which was best described as bangs with something sprouting from the top, which in other words, not very nice. 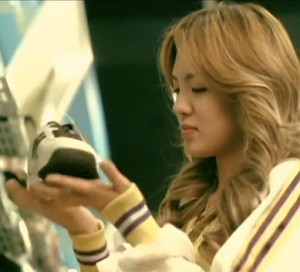 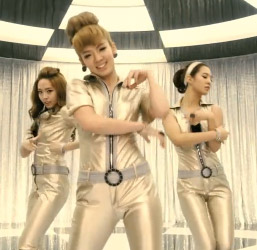 And as for fashion, I’ll rather let the video speak for itself, tongue in cheek it might be. But even then it is pretty obvious in videos that Hyoyeon tends to either get the less aesthetically appealing ones, or the ones that simply fail to stand out.

Happily though, things have been looking up for the girl now. For one, I have very little to complain about where Japanese promotions are concerned (or maybe she has designers who care for her there). Also, her blonde do as of late has worked, probably cause of how the designers remixed the colours. Which goes to show that it’s the little things that make a difference and good things happen eventually.

Speaking of good things, a fashion lab rat also turned good has got to be label mate Eunhyuk of Super Junior. Over the past few concepts the group has put out, guy has unfortunately been slagged with the weird blonde hair, and some over the top fashion choices.

It was as if dancers of the group have to be marked out by distinct (read ugly) clothing(see a pattern there!). So it came as a very pleasant surprise to see the new look in the latest MV, where he got a parent-friendly black crop, with outfits that said sporty without being over-the-top about it. The result was a look that could please both fans and fashionistas alike. 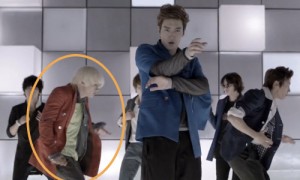 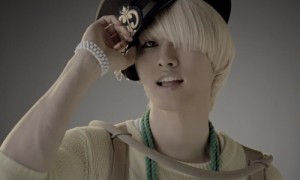 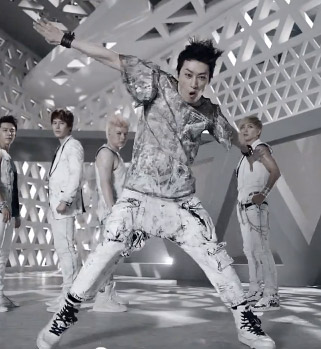 Still sticking with the SM mentions, a worthy mention would have to be SHINee’s Key, who is rarely seen without his trademark kaleidoscope of colour and clothing mixes. 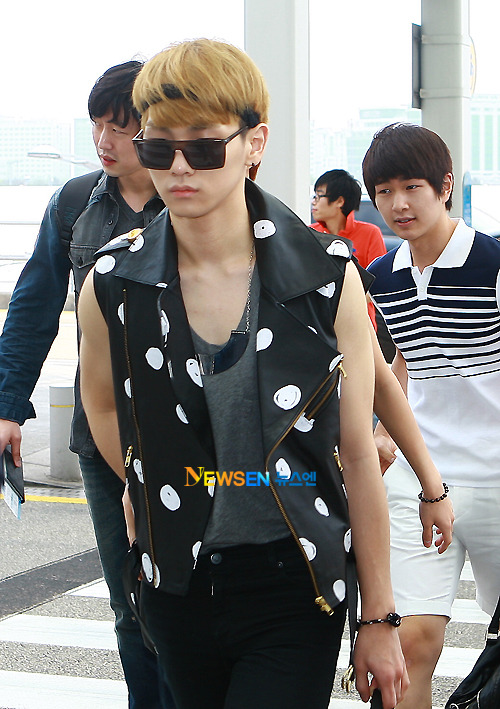 Then again, some of it could have been company decisions, with a good example being that Lucifer Mohawk. Although according to media statements Key had proposed the hairstyle change himself, the company’s approval of his idea is contingent on the fact that they categorize Key as an idol with whom it is okay to experiment with stylistically, rather than playing it safe. 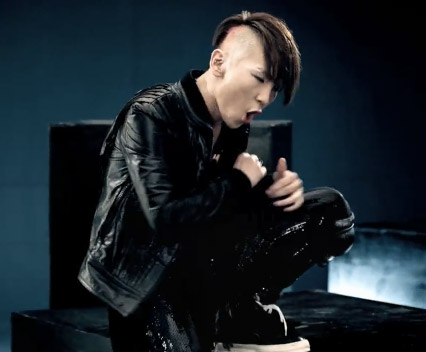 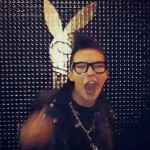 On the other extreme, there are group members that openly experiment with fashion, and come off all the better for it. A good example would be Big Bang’s G-Dragon. Whether it is accessories, ranging from oversized glasses and bling.

To his varied hair trends, from bleaching his hair way before it became commonplace to the clean

shaven look, G-dragon has become the style icon of sorts, with searches on his fashions being common in Korean media.

While I would have to admit that not all of his styles work, or are hard to emulate, one cannot help but admire the ease he pulls off the varied styles. That said, if one has to turn up to work or school, such fashions may be too “way out” for that purpose.

A far more composed, but equally stylish look, emulated by many is that of 2AM’s Seulong, who has constantly rocked the dapper style of slim fit shirts, monotone print tees and well cut pants. While that might not sound like much, it’s notable how his good taste stands out among the bad outfits floating in K-pop dom. Plus at times, there are trends in his choices.

While watching TV, I had noted he was wearing “trick of the eye” shirts, where details such as buttons and seam lines are printed on the shirts. These have been catching on in fashion recently, so it was interesting to see how he had picked up on the trend in Korea. 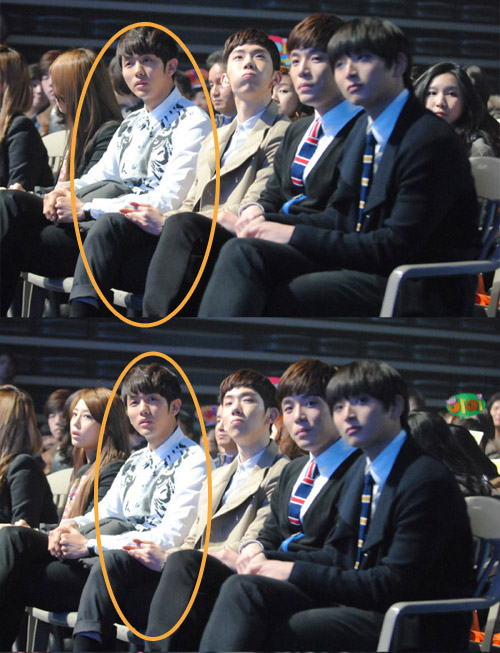 However, these days in the name of groups having more unified looks, the days of one member experimenting with the looks with the others going for the “mom friendly” image is over. Groups these days, for want of a better word, usually experiment and roll with the new looks as a whole.

So these days, we have groups as a whole going for the bold and brash look, just like B.A.P, which in some quarters could be called the gritty miner look. 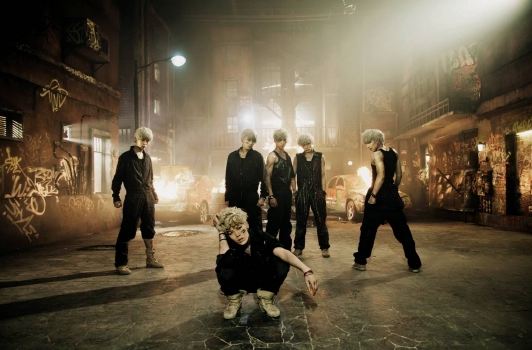 Then there are groups which swing on the other side, going for the gentler, more delicate feel, like Boyfriend, except that the took the whole “flower boy” thing to literally. 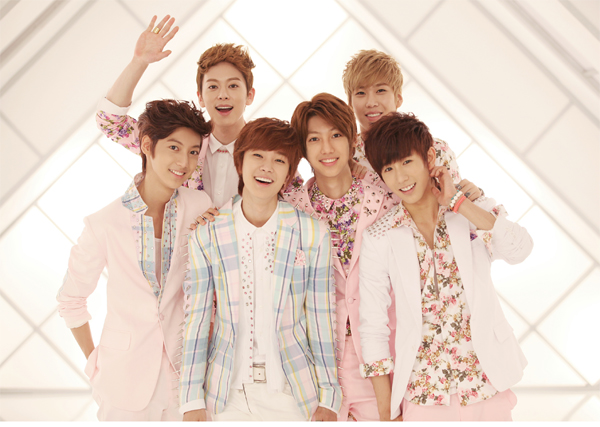 Most female groups tend to prize feminine looks for concepts and photo shoots, so they tend to play it safe as a whole. Unless, it is in the form of teasers to herald something different, in the case of SNSD-TTS. 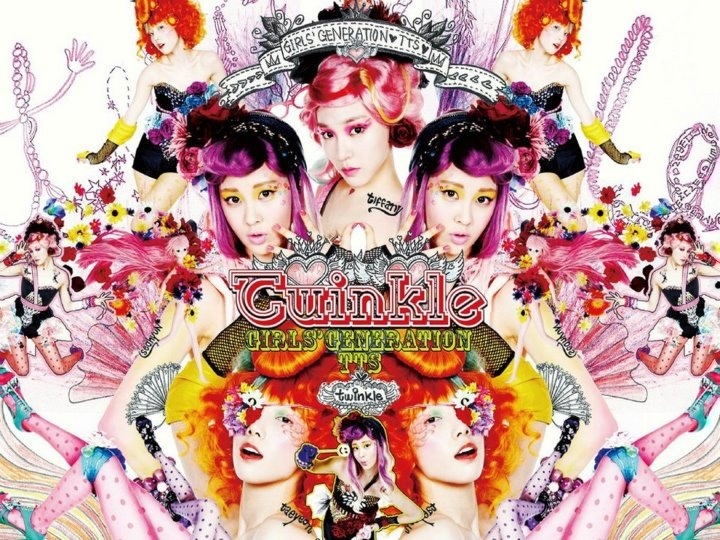 Or if the group openly chases a bold, edgy concept, which inevitably means bright outfits composed of varied (some say messy) colour schemes, hair colours and styles that defy convention, which F(x) and 2NE1 show below. 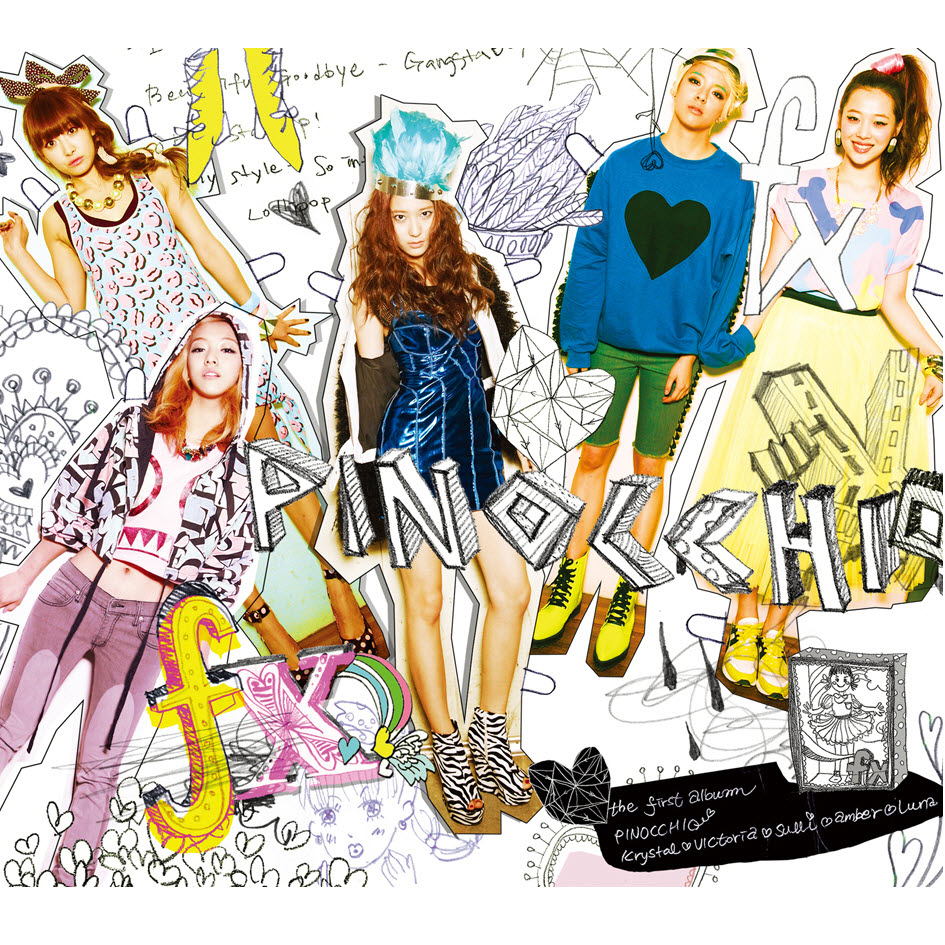 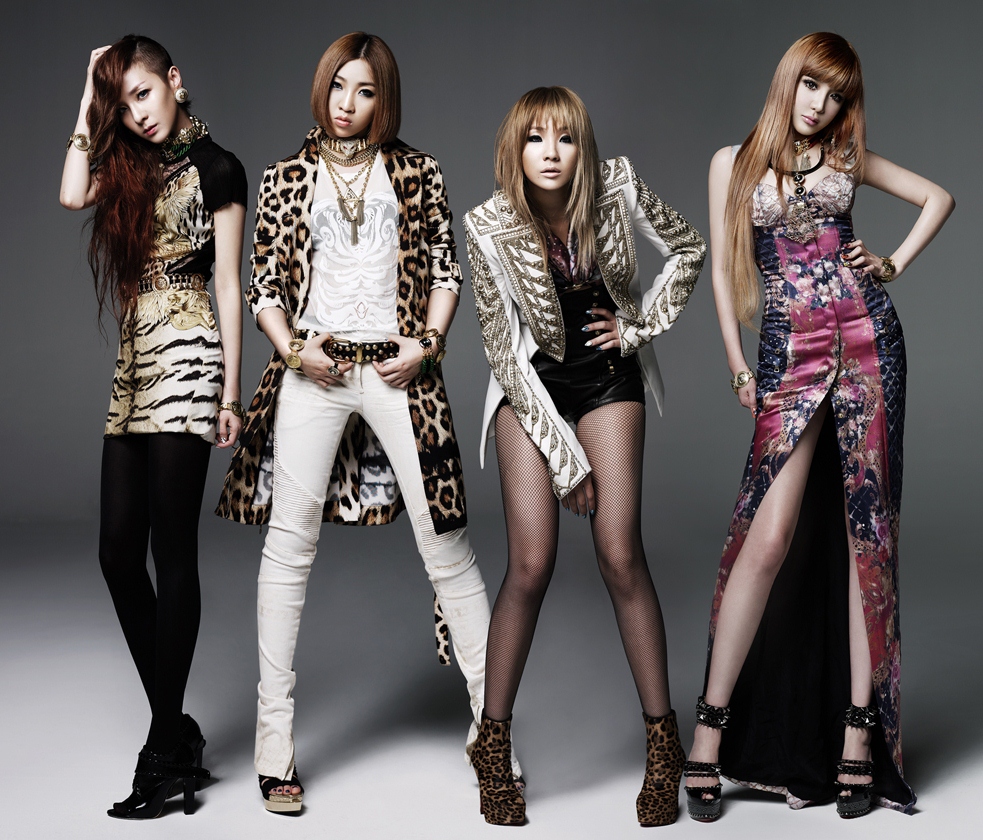 So Seoulmates, what are your takes on fashion experimenting in K-pop?