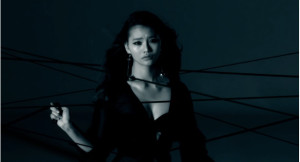 Despite having an interesting voice and looking not unlike one of the hottest properties in K-pop right now, Andamiro appears to be flying under the radar. Although being from a small company might have something to do with this — which lead to far shorter promotional cycles than an artiste from a larger company — there are other reasons as to why she’s being held back.

Chief amongst them would have to be the material she’s getting, both in terms of quantity and quality. In a time when the K-pop market is as saturated as it is now, it takes promotional efforts by the likes of B.A.P to go from “who are they” to “going to sit up and take notice of them” to “ooh, they are on my list now”. However, with three singles and a mini-album so far, it would be a tall order for Andamiro to enjoy success on such a scale.

There’s the argument that sporadic releases of new material would good sense. For one, there’s the case of Exo, where absence has made a fair few hearts grow fonder. Pacing down frequency of comebacks and new material allows for longer periods of growth, and possibly the siphoning out of quality work for release; this process is quite apparent in the way Younha‘s dealt with her career.

A far more pertinent issue would be consistency (or lack thereof) in her releases so far. As of now, her songs have varied greatly from trot-influenced pieces to tunes featuring slices of euro-dance. While the wide variety of songs do well to showcase her abilities and prove her versatility, this range has done nothing for her image. She’s definitely escaped being pigeon-holed, but at this point, it’s unclear what genre of music she stands for. And to be lumbered with an identity crisis is not a good thing for any rookie.

So, it’s a rather positive sign that “Waiting”, her latest release, shows some solid direction and decent production to match up to her interesting timbre. The song opens in the style of a traditional ballad, with her voice expressing the pained lyrics with just the right amount of emotions. 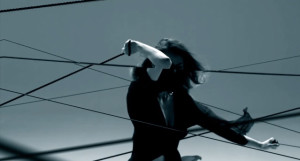 The song then cuts into a rap, which is done by a young rapper known as Double K, who also happens to be a part of the collective The Movement Soul. In this case, the difference in quality, in terms of flow and lyrical content, is certainly a cut above the usual “idol rapper”.

After the chorus, which is a largely made up of mixing the qualities of a wail and a snarl, she weaves a unique expression of the lyrics that heaves and subsides with gradation to the end. While the whole thing might appear to be a rather clichéd approach to song structure, there are some well-placed variations to what is inside the theme; she diverges from delivering the same-old, straight-up theme, and this ups the overall appeal factor a couple of notches. 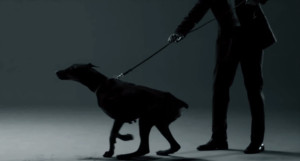 The music video however, with the usual solo camera pans, has nothing much to write home about. But a few things I did like were the geometric detail and interesting use of abstract objects in the visual interpretations of situations. For instance, there’s the shot of Andamiro being “cut” to signify her crumbling to pieces after a break up, as well as the one with the strangling dog on a leash to represent aggression and frustrations that are hard to control.

While Andamiro has not had the most successful of debuts, I’m hopeful that this image re-focus will give her a boost. K-pop fans who are just starting to catch on to her vibe, may also have the chance to see how (well) she fiddles with this formula, and keeps it sounding familiar and fresh at the same time. For the aforementioned, I’m happy to give this song 4.0/5.