Exo-K leader Suho made good on his promise to cry if the group won — in fact, he produced enough tears for all twelve members and even inspired Music Bank‘s official Twitter account to screen cap and share the moment, but bravely soldiered on with his thank you speech. 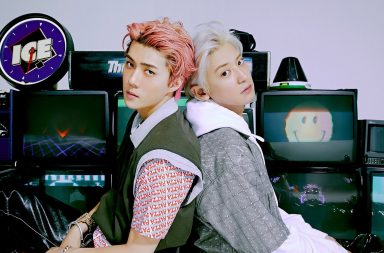