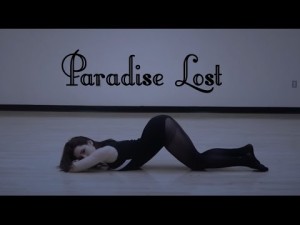 There are few things on this planet more powerful than religion. In embrace or in disagreement, religion drives people to examine themselves and everything around them in an attempt to make sense of the world. Ga-in‘s fourth mini, Hawwah— the classical Hebrew name of Eve– is one such exploration. Hawwah, though, does not deal with religion as a source of faith, but as one of morality. Specifically, the views of Christian morality on sex, and the effect that unchanging morality has on the more sexually liberated youth of today.

Hawwah opens with “Apple” featuring Jay Park. Musically, “Apple” is pure fun. The instrumentals are upbeat and jazzy, with a special note of love going to the excellent piano chords that punctuate the verses. The light smattering of brass just seals the sheer glory of the track. Lyrically, “Apple” dives right into the topic at hand. Ga-in is portrayed as a modern Eve, tempting her boyfriend into sex with herself as the apple in question. Jay takes the role of Adam, resisting not out a personal desire but because he’s supposed to. I will concede that it is a bit hard to buy Jay Park as a guy who really cares about what people would say, but the chemistry between the duo is so potent that it’s easy to overlook.

“Free Will” is the other duet, this time with Dok2. It shares a retro vibe with “Apple,” though “Free Will” is more sixties and swing than jazz. It’s a bit rougher, less polished, but that fits with the message of the song. “Free Will” is Ga-in’s cry for people to make the choices they want to make, not choices that others want them to.

The real strength of the song is the warning that these choices will inevitably lead to pain at times. However, that doesn’t mean they shouldn’t have been made in the first place, and that those choices need to be stood by. Sadly, “Free Will” pales in comparison to most of the other songs on Hawwah. It’s not bad, but it is the least amazing, and the blame for that goes on the feature. Dok2’s verse is great, but there’s a real distance between the two that drags the track down.

“Paradise Lost” is the best song of 2015, I’m calling it now. This song is about forsaking a church that would sever the sexuality of its parishioners and finding a new religion with one’s lover. Here, Ga-in and her lover find a new paradise through sex to replace the paradise they’ve given up. Yet, it is not as cheap as trading Eden for orgasms, because the sex in “Paradise Lost” is not sex as sex, but sex as love. Their paradise is built on the sexual expression of their relationship, and that connection runs through the whole song. They are each others’ and alone, Ga-in is “almost paradise” but with her lover, they are “another paradise.” The church they’re abandoning was telling them their love was wrong, and faced with that, Ga-in decided she didn’t want to be right.

What truly elevates “Paradise Lost” is the amazing instrumentation. This is what ended any comparisons to the thematically similar “Take Me To Church.” While the former falters due to a lack of power, “Paradise Lost” feels like it could rattle rafters when filtered through earbuds. The opening of organ music gives the feeling of a hymn before settling into a slow and powerful piano. The song is sparse but driving, with the sudden drops before the chorus allowing the sheer force of the chorus to hit full-blast each time. 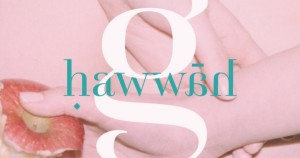 “The First Temptation” is one of those songs that needs to be praised for simply existing. Ga-in challenges sexual roles to hell and back by simply being the more experienced partner in a relationship. She has fully embraced her sexuality. Ga-in presents herself as the ‘first temptation’ of her significant other, while she’s been around the block before. She makes it clear that this person is like her first love, while she is his, but she’s more than willing to take the lead. In this vein, “The First Temptation” is the counterpoint to “Apple.” There, Ga-in was passive and waiting on the boy, while here she’s taking the more proactive role. The production furthers the contrast. While the former is breezy and playful, “The First Temptation” is based heavily around the driving, thudding bass line. It would be very well-suited to soundtrack the topic at hand.

Following the confidence of “The First Temptation” is the questioning and unsure “Two Women.” “Two Women” is the aftermath of the sexual awakening of someone who wasn’t ready. The protagonist had sex, but is clearly unable to reconcile with her sexual desires, to the point that she thinks of her sexual side as another woman entirely. It also shows the damage done when religious bodies paint sex as inherently dirty– the other woman is a monster. 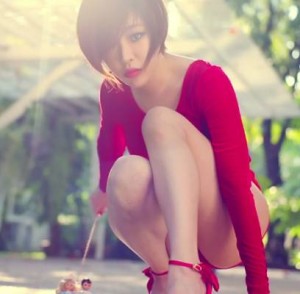 Her sexual self is poisonous, a liar, and a fatal temptation.  The protagonist even resents her lover for falling for her sexual self in the first place. After all, sex is dirty and wrong, but she isn’t. This point is driven in when she asks if her lover sees her normal self or her sexual self. Unlike in “Paradise Lost,” where sex was an extension of love, here it’s not considered possible for sex and love to exist simultaneously. The truly awful thing is that this is what happens when a sex-driven entertainment culture and a moral code that prohibits pre-marital sex co-exist. The juxtaposition of this internal nightmare against a genuinely sweet melody of piano and violin heightens the impact tenfold.

The final track on Hawwah is the upbeat, breathy, hypnotic dance jam “Guilty.” “Guilty” can be summed up by: the conversation sucked, but the sex was fantastic. “Guilty” revolves around the question of in what context Ga-in is comfortable with sex. Sex in relationships is good, but casual sex? That’s a harder question to answer. It’s not clear is the guy i a one-night stand or a sex-driven relationship, but it is clear that there is no future for this couple.

She refers to him as a “guilty pleasure,” and is trying to figure out which half of that wins. One the one hand, the sex is clearly brain-meltingly good. On the other, Ga-in is questioning the effect this will have on her. The mentality of “Paradise Lost” is coming back to haunt her. Sex without love doesn’t have a place in that world. Ga-in asks if he’s harmful, and tells him to ruin her. If sex is love, what happens the love is for the sex? Notably, “Guilty” is open-ended. It refuses to decide if one should say “yes” or “no” to casual sex; “Guilty” just asks the question.

Hawwah is, simply put, a goddamn masterpiece. No matter the what your sexual choices are, Hawwah speaks to the need to make them for you. Don’t say yes because your partner wants you to, and don’t say no because God and society wants you to. Make your own choices and morality, even if it means defying God.