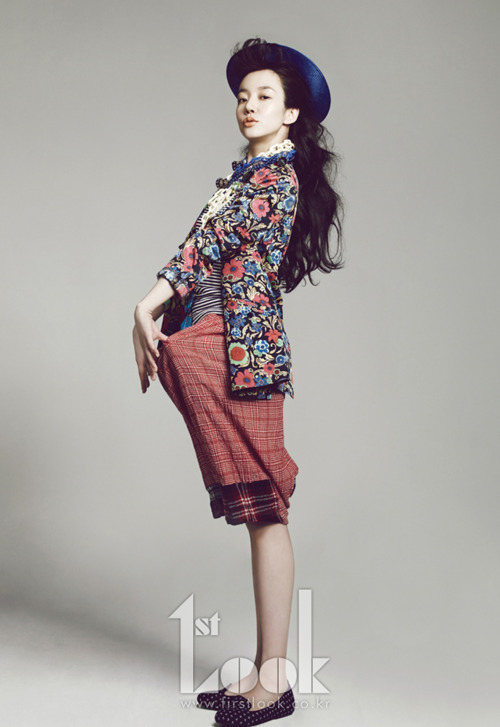 This week in music and idol news, our writers looked at the recent (and not so recent) works of Super Junior M, Kim So-jung, Infinite H, CN Blue, Pascol, Boyfriend, and Verbal Jint.

As for socio-cultural issues, our writers tackled the merit of the self-made idol, a writer’s open letter to Taeyang, SNSD encroaching on f(x)‘s conceptual territory, concepts in general, smart idols, and the history leading up to modern Korean nationalism.

Of course, while our writers shared their opinions, our readers were just as enthusiastic in sharing their thoughts as well!

On that note, we’re also doing our first round of scouting for new blood this year so if you’re interested in getting your thoughts published as more than just a reader, be sure to check out our hiring post!

Here are five of our readers’ reactions that jumped out at me this week:

I think that one of the reasons why they had a hard time proving their worth as musicians is because of the kind of fans Kpop has. While being an “idol band” doesn’t really have to mean “crappy band”, I still think that Kpop in general wasn’t as ready for a band like CNBLUE (or any band who uses instruments for that matter) as Japan is. Just look at how frustrated some fans can be when they can’t see Minhyuk‘s face more on the projector. Or when the interviewer doesn’t ask for Jungshin‘s opinion. A lot of people say that Jonghyun should be given more lines. But we all know, that’s just not exactly how bands work in general. Most of the time, you don’t see the drummer or the bassist sing AT ALL.

Kpop fans are so used to seeing that a member should have at least one line in a song. And that makes pure sense because dancing and singing are what they do. But it’s different for a band. In fact, I’d rather not see Minhyuk at all if that would make the sound of the drums better. I’m glad though that CNBLUE has carved a niche for themselves and I recently learned that they’ll play live in music shows for their comeback. I just think that perhaps Kpop fans still has more growing up to do when it comes to appreciating bands like CNBLUE. 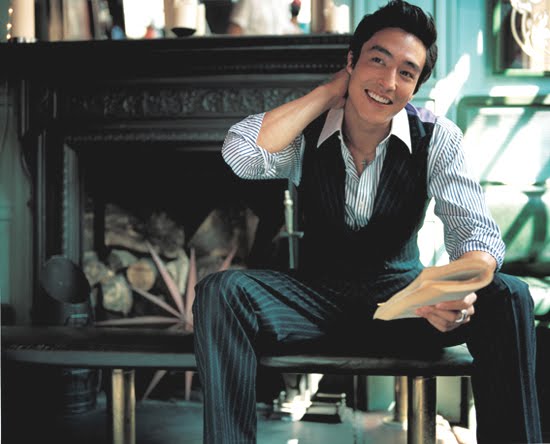 Coco Chanel once said, “When accessorizing, always take off the last thing you put on.”

For KPop stylists, this should be revised to: “When accessorizing, always take off the last 23 things you put on, plus any additional accessories/hair pieces/random pieces of cloth that has a swing radius of more than 5 inches.” I remember watching a live performance of Juliette and being utterly perplexed as to why Jonghyun had a set of multi-colored boomerangs hanging off of his neck.

That said, I generally prefer more subdued styles, like Super Junior‘s “No Other” or SHINee‘s “Hello”. I appreciate my eye candy being dressed in something that looks reasonably comfortable to wear, because then I don’t feel as bad watching them dance around.

But my ultimate vote has to be for guys in suits. Nothing gets the fangirl in me going more than a suit (see DBSK‘s “Wrong Number”, Super Junior’s “Sorry Sorry Answer”, anytime T.O.P is in a suit). I especially love it when the dance incorporates the suit jacket (SS501‘s “I’m Your Man”, Teen Top‘s “To You”). There’s something very sexy about a man wearing a suit, because it suggests that he is either a gentleman or is very, very dangerous (or both if he is James Bond).

So please, keep the suits coming. 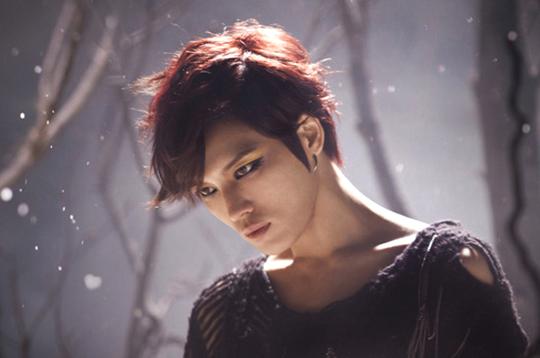 Gracie on Jaejoong’s “Mine” and the Merit of the Self-Made Idol:

I agree that it’s great when idols help make their albums/singles, and it gives them some credibility. And at the very least, even if the music is not as brilliant and polished as something made a larger production team, at least the listener knows that what they’re listening to is a honest representation of the artist.

However, I find it annoying when people bash idol groups for not making their own music. They have ridiculous schedules. Do I think it’s great when idol members take part in producing their albums? Absolutely. I love it. Especially when those members do it well (Zico and Park Kyung are my personal favorites). And there are a lot of group members that could probably do a lot more in terms of artistic merit (I’m certain that Super Junior could do so much better if they relied more on the members…), but a lot of groups don’t have the time or energy to do so. For example, I can’t even imagine how exhausting it must be for Yonghwa to be handling all the commercial stuff he does along with the composing etc.

Also, I think the attitude against non-idol production teams writing and producing idol albums does a disservice to all the people that work hard on said album. And to say that a personal piece that some idol made has more credibility just because they wrote it, even if it’s not the same quality as a song made by many talented technicians and artists is ridiculous and kind of insulting to the pool of talent that it takes to come up with a polished album (though admittedly, a lot of K-pop albums are a total let down).

But I think both self-produced and team produced products have a good and bad side to them, and one is not necessarily better than the other.

I say all of this as a former music snob (that is, before K-pop opened my eyes to some of the merits of pop music), and as a fan of BIGBANG, GD, Junsu, and Jaejoong etc. 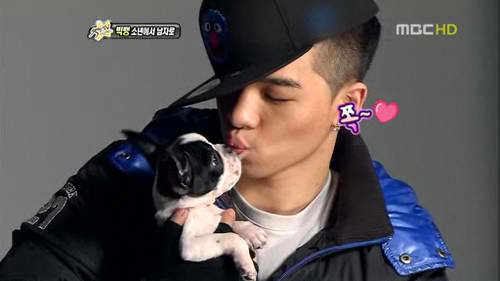 my self on An Open Letter to Taeyang:

I wonder if this article was trying to point out that Taeyang behavior and image is a stereotypical image of black culture. This can go beyond being a fan to creating a fetish that is quite scarey and abrasive.

We are all kpop fans, and maybe some us have witnessed fandoms gone out of control. The first thing that comes to mind is Korean fans worshiping their idols and stalking them but it isn’t like international non-Asian fans haven’t done worse.
Reading fan blogs of young white and black girls only desperately wanting to date and marry an Asian guy because they like K-pop or J-pop. Assume that they will find someone like their Asian male bias or think every Asian behaves like an idol. Even try to adopt Korean and Japanese mannerism and become someone they are not. Its no different when a Korean person who likes hip hop and tries to dress and act the mannerism. Some will go as far with exclusion to only dating black people and darkening their own skin. It is a form of extremism that has hidden racial social issues dwelling deep in that person sub-conscious. That is being express by that outward appearance in a desperate attempt to feel apart of something.

But you have to be careful when passing judgement and understand that person’s personality and their sincerity. Taeyang used to dress this way back in his early training days and when Big Bang first debut. He change because the Korean fans were not responding to his look as warmly. So he became a little more simple and people like that because they can absorb him easier. I think G-Dragon gets away with how he looks because he is so flamboyant. GD isn’t trying to act black, white or even the stereotypical Korean male idol. He is trying to portray himself on something that can’t be social categorized.

I feel Taeyang wants to be the same and he is trying to do it again. Big Bang has paid their dues, became globally recognized and shape K-pop to fit them and not the other way around. I wouldn’t be surprise if Taeyang is force to change his look again but if he doesn’t than he is become the man, I guess, he wants to be. Someone who has control over his life and isn’t being told who to be, what dress and how to act, in order to be accepted. This ties into Korea’s very structure mundane society that can kill the most creative of minds.

On the flip side, I think Taeyang should explore this image he is portraying at a deeper level. More to black culture than our music, fashion and street language. Its such a diverse and unique culture, this is just the tip of the ice berg. I would like to see someone in Korea dive into African and African American culture with a better wisdom and presentation than the obvious hip hop.I think that is why people are turn off. I’ve seen Japanese musician create indulge in the origins of African culture music and dance. Its quite cool to see someone not just present their culture but can also represent another with the same level respect that goes beyond the superficial. 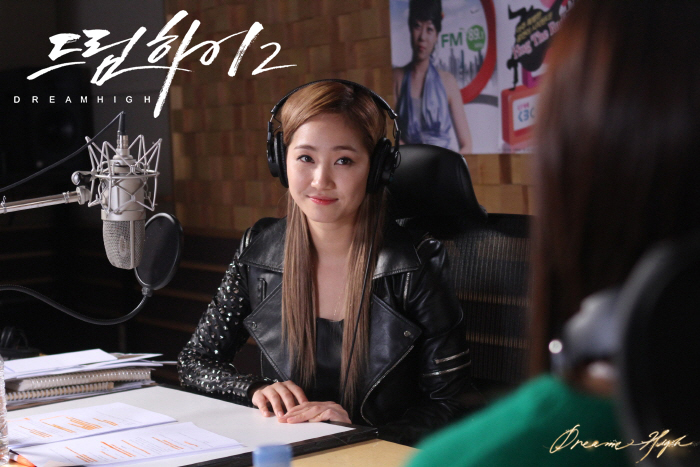 Nate Broadus on A Case Against (And For) The Smart Idol:

I believe in the existence of intelligence; when, where and why intelligence is formed, as well as whom possesses it, is irrelevant. If anything in life is truly unbiased, unencumbered by regional favoritism, class favoritism, etc, it is the capacity for raw thought. An idol can be as intelligent as any college educated man or woman — maybe even more so if you make a separation between “book smarts” and common sense. It is not the domain of the well-read (no matter how much a great many of them would love for everyone to see it that way).

Personally, I admire intelligence that isn’t paraded around as some beauty show trait. Having someone beat into my head that an entertainer is smart does not compare to hearing someone speak in a way that allows their natural savvy to shine. When you hear someone like Park Yeeun speak, you don’t need any signs directing you toward the fact that she is very intelligent — she gives off that aura entirely on her own.

Should a person feel inferior to an idol because they are attractive, talented and intelligent? Not one damn bit. They are still human — which means they ARE (no debating, this is truth) deficient in a whole lot of other ways. Granted, the ways in which they are deficient probably won’t show up on tv where the idol image is maintained so meticulously (for instance, they could be a raging douche, jerk or bitch in private). However, it is our responsibility, as people following these artists and their activities, to make a distinction between the idol exterior and the real people underneath that we never get to see.

If you want to feel inferior to a carefully crafted image, who am I to say you shouldn’t? But every person has the ability to make a separation between a created facade and reality. Unless these idols really are beings descended from Heaven on a golden cloud sans any flaws (spare me), then they are just another tangled up mess of a human like all of us — capable of talent, beauty and, yes, intelligence.

That’s exactly what idols should be, really (flawed humans). It frightens me somewhat that people would find flawlessness appealing. Flaws are what MAKE us worth knowing as people.

That’s all for this week! Thanks for being such wonderful readers, and as always, feel free to leave additional comments below.