An Open Letter to Taeyang

I’ve been following your career for a while now. My introduction to K-pop involved watching old Big Bang videos as well as the members’ solo releases, and your Solar album was the very first physical K-pop album I ever owned. For the past few years, I watched as your band went through different concepts and hairstyles while you kept faithful to the mohawk, letting it reach Jedward levels in terms of height, in what was probably an attempt to make yourself look taller. And after tons of people complained about your lack of change, I watched you ditch the mohawk for hairstyles such as bringing back the dookie braids, this perm, and now this: 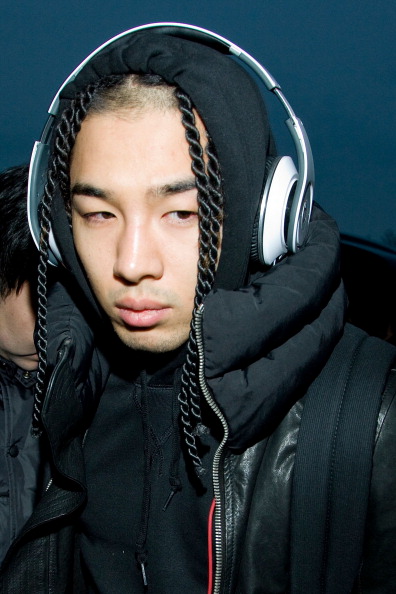 A part of me wonders if this is all some sort of ploy to get you back on World Star Hip Hop. But whatever the reason for this change, on behalf of a lot of people in the K-pop world, I am asking you to do us a huge favor:

Look, I am a big fan of infusing different cultures and inspirations together in music, and I’m all about seeing different interpretations of certain styles, when done appropriately. Unfortunately, your actions have crossed the line from appropriately incorporating hip hop and black culture to portraying a straight up caricature of it. There is a lot more to hip hop than knowing how to dougie, dressing like Snoop Dogg, wearing bandanas, and writing “swag” in your instagram captions. And I am not a fan of using a culture just as a way to play dress up without knowing anything about what you’re imitating. But we’ve already touched on the disconnect between K-pop and hip hop culture as well as the issues of cultural appropriation and why it’s disrespectful, so I’m not going to go too into that. I’m here to focus on your specific transgressions.

What really bothers me is that you obviously have no idea what you’re doing. I’m not even talking about ignoring the historical roots and symbolism behind the stuff you’re wearing (though that’s obnoxious enough). I’m talking about not even knowing the basics, such as the fact that those braids and twists you’re attempting are hairstyles typically worn by black females. I don’t know if this is your own doing or if this is YG continuing the tradition of giving effeminate black hairstyles to its artists (remember T.O.P’s Bantu knots in “With U“? I wish I didn’t) , but either way I’m going to ask you and your stylists to sit down. If your idea of hip hop culture involves hairstyles I saw in my elementary school playground, you might want to re-evaluate. Even GD’s blonde cornrows were more impressive, and it takes a lot for me to say anything positive about blonde cornrows. Heck, I wasn’t even aware cornrows were still a thing, but that is a different discussion for another day.

On top of your hair, we also need to talk about your recent Twitter avatars: 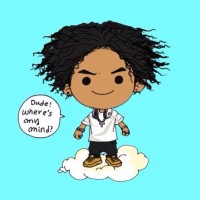 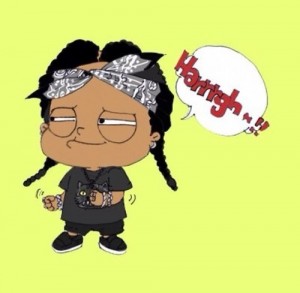 What on earth is going on here? I mean, it’s one thing to wear your hair a certain way, but it’s entirely different to actually have a black caricature of yourself (no, do not tell me he is just “super tan”).  Is this a manifestation of some sort of transethnic desire? Do you think having darker skin and kinkier hair is all fun and games? Because I’m pretty sure Tasha and Michelle Lee would say otherwise. And I’m also reallllly iffy about you actually making your skin tone darker in these cartoons – there is something disconcerting about you playing virtual dress-up with a characteristic that a lot of people openly struggle with, even people within your own industry.

Look “Youngbeezzy”, I appreciate that you like black culture. I enjoy watching you dougie and swag cook, and I sure get a kick out of your “instagram sh*t”. But when your admiration leads to seriously stereotypical misrepresentation, I’m going to have to ask you to slow down. You’re starting to reach Koreaboo levels of misguided fetishization, just instead of saying “oppa” all the time you’re writing variations of the word “swag” in your instagram captions. And it’s embarrassing. It screams of try-hard, and honestly, as K-pop gets more globalized it’s only a matter of time before a real hip hop artist calls you out for how ignorant you look (dookie braids and bandanas? REALLY?). It also doesn’t help that you’re in an entertainment industry that does not really take hip hop/black culture seriously, and has used images like the ones you portray as the butt of some inappropriate humor.

I’m sure your intentions are good and that you don’t mean anything disrespectful in your actions. But if you want me to take you seriously anymore, your future stylistic choices need to involve a little more research and consideration outside of what you think will give you swag points. In the end, I leave you with this timeless adage: you better check yourself before you wreck yourself.