The Kkamjong Joke and Why It's Not a Joke

It’s not a secret anymore — I have become quite the EXO fan girl over the past few months. But it hasn’t always been like that. In fact, I had an extremely strong repulsion to EXO both pre-debut and even post-debut, and believe me half the SB team knows I used to call them the new K-pop jailbait and still hate on me for it to this day. But somewhere between the suffocating hype and EXO’s foray into idoldom, their rookie charm struck a chord with me (and I also noticed Kris and his gorgeous good looks) and I quickly became like every other blushing EXO fangirl and suddenly couldn’t get enough of them.

It was only a short while into my EXO exploration that I stumbled upon the term ‘kkamjong‘ floating around the fandom. I had no idea what it meant or why it existed or who Kkamjong was to begin with, at least not until I stumbled across this video from the EXO showcase.

So Kai is just a bit tanner than the rest, and the boys have resorted to teasing him with the nickname Kkamjong. Honestly, it was endearing in its own way at first. Cute and sexy? Well Kai certainly is cute and sexy. But I still couldn’t help but feel like the nickname was a little off-putting. I thought to myself, yeah, sure, maybe it’s a funny jest between the EXO members, but why does the butt of the joke have to be Kai’s darker skin, which I hadn’t even noticed was all that dark in the first place?

The Kkamjong joke is really rather ambivalent. It literally means “dark Jong,” a play on the Korean word for dark as well as Kai’s real name, Jong-in. And sure, me and my western perspective certainly do not think Kai is dark, but in the context of the Korean beauty culture, then damn is Kai dark. And honestly, if that’s a joke between the members then who am I to call foul play? Don’t we all single out our friends for their own quirks or defining characteristics and sometimes make inside jokes about them?

And for the most part, I don’t think any of the EXOTICS that exhaust the Kkamjong term mean any harm either. Most fans have adopted it as a term of endearment, most likely because that was what they initially believed it to be, as per Xiu Min‘s explanation in the showcase interview. And there are also those who could care less that Kai is nicknamed Kkamjong and we are going to go about with our daily life as these petty nuances fade to the back of our minds. 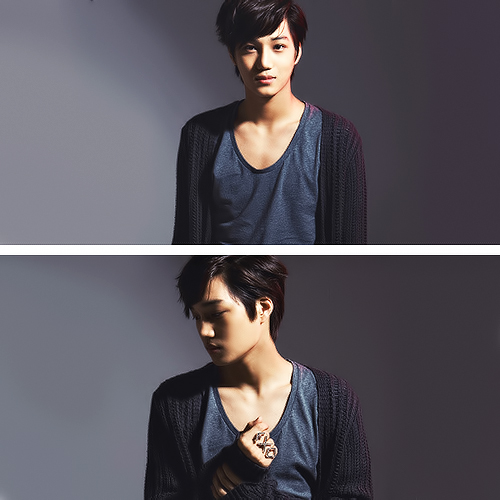 Back in August of this year at the S.M.Art Exhibition, look-a-likes Taemin and Kai took the stage for some face time. The MC at some point asked the boys to cite a weakness they saw in one another. Kai replied that Taemin is short. Taemin noted that Kai’s skin is rather dark.

In response to this, many fans called Taemin many things, but what happened here is not Taemin’s fault, per se. Asians are historically known for valuing fair skin, and it is a virtue that instilled in Asian cultures to be both desirous and beautiful. And, of course, Asian cultures are entitled to their own standards of beauty, and consequentially so is Taemin.

The big picture problem here, though, is that Taemin is a Hallyu idol, a member of an idol group that has touched people in every part of the world. To cite something as how dark Kai’s skin as a personal weakness is not only a douchey thing to say, but shows a rather huge disregard for people of color, those including many, many of his own fans.

I can’t emphasize enough how it appalls me that idols are out on their worldly Hallyu endeavors and still manage to be so ignorant to the world they’re endeavoring into. Needless to say, if you’re a public figure, don’t be ignorant of the public at large, especially the public that stalks your every moment from behind a computer screen, because believe me, nothing goes unseen. Moreover, to tie this Kkamjong joke back in, here is the perfect example of how a once harmless joke between friends with mutual understanding suddenly becomes fodder for global attention and takes on an offensive and ignorant edge. 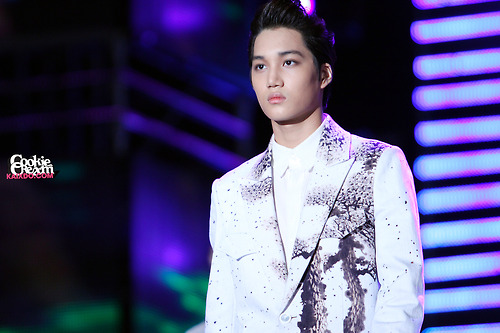 And that’s one of the reasons why  this Kkamjong joke is not really a joke. Sure, it may be funny among those who understand it, but what about the rest of us that don’t, what about those of us that are insulted by it? This was probably one of those inside jokes that should have never left any of the boys’ mouths. Once anything leaves any Hallyu idol’s mouth, it’s fair game for the internet and beyond to interpret. And that interpretation can be good or bad.

In the fray of its odd contextualization, ‘Kkamjong’ seems to be perpetuating really only two things: one, the idea that Hallyu idols are still ignorant of that fact that skin color jokes are not okay among the diverse Hallyu community and two, a really lame nickname.

Don’t get me wrong though — It’s not like I want to point the finger at EXO or at SHINee and call any one of their members culturally insensitive or ignorant. But if you’re going to offer a joke like this to the public as well as insist that Kai’s dark skin is a weakness, well then what are fans like myself who are actually of dark skin supposed to think? We could even try to divert the blame to the fans who’ve adopted the term (and use it God only knows how often), who are crying about how hot and flawless their Kkamjong was in “MAXSTEP” blah blah blah… But, at the end of the day, it wasn’t the fans who first called Kai Kkamjong nor did they call his dark complexion a weakness.

Long story short, Kkamjong as an inside joke is understandable. But if you’re going to be a freaking Hallyu idol don’t come on stage ready to whip out your secret nicknames or insulting references about dark skin, even if the person being objectified thinks it funny. Don’t allow the term to exist in the first place because if you’re going to be a part of the global consciousness it’s just utterly backwards to be globally ignorant. These jokes may be funny circumstantially, between friends and within certain cultures, but to the rest of the world keeping tabs on their favorite K-idols who are also public figures, to the rest of the world where dark skin is an actual reality, this pun on the idea of dark skin is not really funny at all.