The last week in K-pop was a bit quiet as many took a small break from the holidays  to gear up for bigger comebacks later this month or year.  There were a couple of big concert announcements like B.A.P.‘s first solo concerts in Seoul at the end of February and G-Dragon‘s first solo world concert tour which will kick off in Seoul at the end of March. Things look to be picking up this week as CN Blue‘s new album and Jaejoong‘s solo debut album will be released and the new K-drama Yawang (Queen of Ambition) starring Soo Ae, Kwon Sang-woo and DBSK‘s Yunho debuts.

The following are the 5 Things that happened last week in K-pop that I think were a bit more special than the rest.  If you’re not up-to-date in the goings on in the K-popiverse turn back now because spoilers most definitely will ensue.

Yoo Jae-suk , Noh Hong-chul, and HaHa headed to the NYC on Infinite Challenge for New Year’s Eve to perform “Gangnam Style” with PSY. Their “English Cram Lessons” with fellow comedian/MC/actor Kim Young-chul that had me in stitches.  Kim Young-chul is known for his English proficiency, but his lessons had me wondering if that was really true. Although, they did find some of what they learned useful when they met up with MC Hammer.

tvN‘s latest edition to its Flower Boys series, Flower Boy Next Door debuted last week and so far it seems like tvN will not disappoint in its run of K-drama goodness.  It was an interesting and enjoyable start to the series as most of the main characters have been introduced and the story set up.  While I do anticipate a fun rom-com, I hope they deal sensitively with the social anxiety issues that the heroine Go Dok-mi, played by Park Shin-hye, suffers instead of just glossing it over with romance.

3. Bringing the Boys Out

It’s another great season of K-pop Star as season two continues to find the top contestants to vie for K-pop Star greatness.  It’s the casting episodes as all the contestants get cast into each of the big three, get trained up and then have to fight to make the next cut down to the top 18.  The brother/sister acoustic team taken in by YG Entertainment wowed their mentor Tablo with their version of “Hate Me” in practice sessions and I must say that there are a lot of talented individuals currently on the show.  It’s a tough choice for the judges as all the contestants are bringing their best to the stage like this girl group put together by SM Entertainment under BoA‘s watchful eye.  Seriously, I think this group could have actually debuted as is and I was surprised that two of the girls didn’t make the cut.

MBC’s newest variety show Dad, Where Are You Going? follows five celebrity dads and their kids on overnight trips to villages in the country.  The show debuted last week, but I wasn’t able to catch it until this week.  It’s fun watching the dads, who must be often away whenever they’re working on a project, interact with their children and build their relationship. Unsurprisingly, Lee Jong-hyuk‘s (A Gentleman’s Dignity) son seems to be the charming rascal and veteran actor Sung Dong-il‘s (Answer Me 1997) son appears to be the little prince.  All the kids are cute and well mannered and the show was entertaining to watch.

1. For the love of School and Friendship

School 2013 has been one of the more brutal high school K-dramas I’ve ever watched, but we all know that high school isn’t all romance and learning.  At the heart of the story has been the battered friendship of Go Nam-soon (Lee Jong-suk) and Park Heung-soo (Kim Woo-bin).  For every step forward towards reconciliation between the unlucky friends, there seemed to be two back.  Just when it seemed that they might finally be able to at least exist at the same school, that school turns against them (again) and Nam-soon agrees to transfer without Heung-soo‘s knowledge.  Nam-soo approaches Heung-soo for a last meal together and watching him shoveling food in his mouth to stave off the tears that you can see pooling in his eyes–it just makes a fan’s heart break in two.  It was a great scene among many between the two in the show. 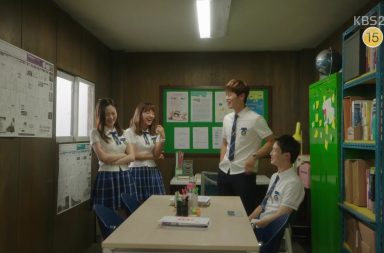 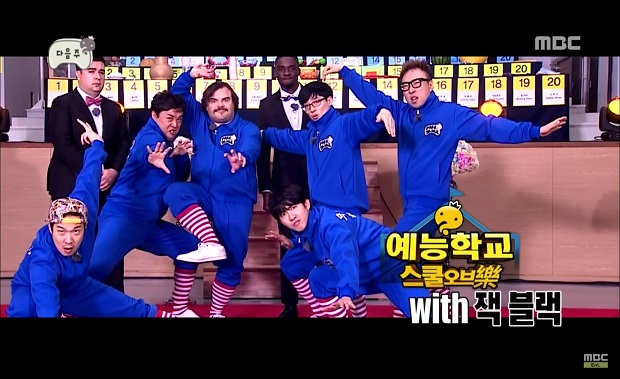