At some point, the idea of idols or celebrities being in our countries is thrilling. The opportunity to have some sort of thread to a group via their visit to a foreign setting naturally lends towards a connection with that group for the sake of their physical presence occupying a place you’ve been. It’s also a practice in observing which features were chosen as highlights for production, as we’ve discussed in previous articles and a Roundtable.

The news of Exciting India bringing heavy hitters from SM, Woollim, and FNC to India provokes mixed reactions; on one hand, we have a South Asian country actually being recognized and getting screen time, but on the other hand, the threat of misrepresentation is very high.

So this week we asked our writers: what expectations do you have when you hear that a variety show will be filmed in your country? If a show has already been filmed there, what were the positive and negative aspects of that portrayal?

Lindsay: Pretty sure anticipation for a show in the U.S. will never get worse than Bangtan‘s American Hustle Life.

The show ended up being a lot better — and far less racist and terrible — than everyone expected, but seriously I have never felt more fear related to a TV show release in my entire life. I can’t even imagine being from a culture — such as an Indian culture or a Native American culture — that gets misrepresented in K-pop all the time; the constant disappointment and stressful anticipation must be darn near overwhelming.

Cjontai: As a black K-pop fan, I found American Hustle Life far less offensive than a lot of American reality shows featuring primarily black casts, such as the Love & Hip Hop series. Shows like Love & Hip Hop do far more damage tarnishing the image of black Americans by highlighting the most classless people imaginable and associating their behavior to a genre of music. I found the more critical fans of the show to be fans who aren’t into hip hop beyond the superficial K-pop version of it. Ignorant comments from fans who assumed BTS would be made into “thugs” by participating in this show pissed me off royally.

What I loved about AHL was how the members showed respect to their mentors and Americans of all backgrounds. When they had to find ladies for their MV, they didn’t just go after Asian women, they asked women of all races to help them –and they were humble about it! They spoke respectfully of the homeless men on Skid Row who gave them advice on their careers. Some Americans don’t even treat the homeless that kindly. 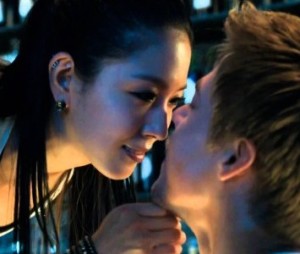 Lo: As a proud LSU student (Geaux Tigers!), I would never want a k-pop show filmed in Louisiana for one reason: Mardis Gras. Even Americans outside of Louisiana think that all New Orleans is is Mardis Gras and Bourbon Street (which no local ever goes to because it’s a tourist trap). Seriously, have you ever seen a movie or TV show set in New Orleans that doesn’t involve Mardis Gras? The only one I can think of is BoA‘s awful movie, and the not-Mardis Gras thing was one of two things I liked about it. We have more than Mardis Gras, and no one ever lets us show that.

Leslie: Despite being born and raised in the US, I still strongly identify with my parents’ culture as they are Ecuadorian immigrants. The thought of a variety show being filmed in Ecuador is exciting because there is so much to offer. I’d love to see a show that appreciates the country, and for more than just the Galapagos. With all of the amazing food, the incredible variety of indigenous peoples and their cultures, the natural wonders, the rich history and more. I honestly think a visit could center on just the food since there is so much variety between the coast, the mountains and the jungle — some of my favorites include tomate de árbol, guatita and my all-time favorite sopa de bola.

But I think approach is more important since that’s what informs content. If the visit is led by humble curiosity and a desire to see real life in Ecuador, then I’d love for people to visit, but the fear is always that there will either be the annoying “Oh, my god! So cool and exotic” attitude (after all, Ecuador is the middle of the world, and everyone loves that freaking swing, thanks to exoticizing travel bloggers) or the incredibly simplistic “Such poverty!! I’m so sad! How do people live like this?” view of the White Man’s Savior complex that Alolika mentioned in her article. 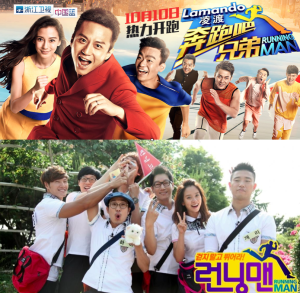 Hania: Australia was (briefly) graced with the presence of the Running Man team. I was new in the city at the time, and didn’t manage to catch their arrival, but from what I know, it was a really rushed filming session with very little focus on Australian culture or its people.

If a variety show was to be filmed in Pakistan, my country of origin, I would be pretty nervous about the White Man’s Saviour complex, similar to what may happen in India with this new show. The added complication that Pakistan faces is the issue of religion. The show’s producers and cast may run the risk of religious misunderstandings, such as B1A4‘s debacle in Malaysia. No doubt, we’d see a huge focus on poverty in Pakistan, as well as constant talk about Pakistan being the homeland of terrorists.

If they were able to look at Pakistan in a more well-rounded manner, then I’d be very excited to see such a show! Pakistan’s rich history of migration, wonderful dishes and breathtaking natural scenery is something I’d love to see featured, to help an international audience see more than just poverty and terrorism.

Andy: If I were to hear that a variety show was to come to North Carolina, I would wonder if the respective network had lost their mind. While there’s activities to do (beaches, mountains, an amusement park, historical sites/museums, professional athletic teams, prominent universities), NC is more of a domestic tourism hotspot than an international one. I would hope they could focus on the big indie music scene, the fantastic food, or the outdoor activities (such as the U.S National Whitewater Center). My main concern would be what side of the population would they contact and showcase: the highly-educated, progressive people of places like the Triangle, or the redneck, racist, idiots? If nothing else, the multiple accents that people have will be sure to entertain, though not likely in a good way.

Gaya: The Queensland portion of Running Man was definitely a downer — so much to do, and they just drove along a beach with glasses of water in their hands — but I did like the Melbourne episode. They featured the things Melbourne is proudest about: the street art, the alleys, the food and, of course, the Royal Exhibition Building. They even went to Sovereign Hill, which is the closest we have to a permanent theme park after Luna Park. Most of the games they played there there were seriously low-budget as well, but the interactions with other visitors made up for it.

I was seriously considering heading into the city to see Kim Woo-bin in the flesh, but I didn’t go and once I saw the massive crowd around Degraves St, I was glad I’d passed. Most of the crowd were East and South East Asian in appearance, and it seemed as though netizens were sneering because the lack of white people meant Running Man had a lack of ‘real’ foreign appeal. That really pissed me off: I know how much my parents cherish being able to access media from the motherland, and I love that I can experience the same; and I’m sure a lot of those people in that crowd felt that way too.

As for India itself, I want idols to come to the South. They can see the South Indian temples and eat South Indian food and have a ball. I will accept a picture of Minho eating masala dosai as consolation, though. 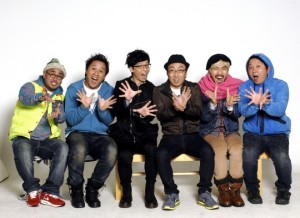 Alolika: Apart from BoA and Jaejoong, there was this one time when Infinite Challenge filmed an episode in India. I could never get my hands on the English subbed episode but on the basis of a few clippings here and there it seemed harmless although, they did manage to include turbans, snake charmers and ‘Bollywood’ dance.

Since I have sworn allegiance to Kolkata, I would love if idols came to West Bengal. I think K-pop can do with fresh musical influence so it would be really cool if they interacted with Bengali artists and learned about new instruments and sounds, and incorporated the same in their songs. It would be great to see the influence and transformation of say, the ektara, the harmonium or even the gharha/ghatam in a generic K-pop song. A gharana tour seems too ambitious but worth a try.

Amy: Much like Andy, I’d question the sanity of any producer who chooses to set a variety show in Virginia. If anything, I’d wonder why they didn’t just take the hour-long drive upwards and film in D.C. instead. The capitol matches Virginia in terms of historical appeal but offers a more eclectic mix of people and cultures that would better portray America’s diverse population.

My family is from Taiwan and Hong Kong, but in general these areas are treated more as secondary markets than vacation getaways. While variety show representation of Taiwan and Hong Kong doesn’t run too deep — most interviews and variety shows seem to turn into eating broadcasts but little more — close geography, history, and a rather large consumer base ensure a more level portrayal of the locations.

What about you, readers? How do you feel about K-pop coming to your home?