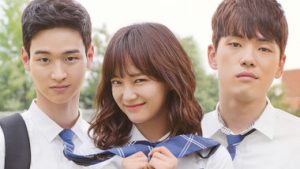 As I am writing this article, the drama School 2017 is airing. As one can probably work out from the year in the title, School 2017 in no way is new to long-time Korean drama viewers. It is actually a staple on Korean TVs as a long-running anthology TV series produced by KBS. The series has seven seasons to its name and each series presents a new plot and a new cast. This means that over time the series has changed to suit its time and its history says a lot about the the world of Korean TV especially with the School series’ position as a definitive Korean TV show.

The School series had its beginnings back in 1999 as a sixteen episode series, entitled School, written by Kim Ji-woo and directed by Lee Min-hong. It was not the first TV show set in a high school; it came within a wave of high school dramas: Classroom Blooming With Love (1994), Start (1996) and Ready Go (1998). This wave coincided with the relaxation of governmental regulations and censorship of TV shows. Probably this allowed TV networks to be able to tackle issues within the Korean educational system that regulations and censorship would have prevented from being examined on TV screens. 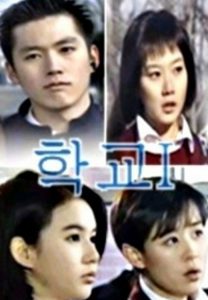 This is very much important to the creation of the School series. The series was made to focus on displaying the challenges of the South Korean students as realistically as possible, being specific to each particular generation. The first series followed the lives of the second year high school students in Seoul with their love life problems, stress, flawed school system and friendships. This realism made this series distinctly relatable and helped it to become very popular.

This success lead to sequels, a rare occurrence in an industry that tends to stick with just one season for the majority of its shows. School 2 and School 3 were set in the same high school while School 4 was set in an arts high school. The three sequels all did, however, continue with the focus on realism. Altogether, the series covered issues like school violence, suicide and runaway teenagers.

As well as its authenticity, the original series set up the School series to be known as a road to stardom. The cast for the students are made up of newcomers, rookie actors with few acting credits to their name. The show gave them a chance to shine and to gain public recognition. If you are an avid watcher of Korean dramas, you definitely know some of the stars that the show produced: Gong Yoo, Lee Dong-wook, Ha Ji-won, Im Soo-jung, Bae Doo-na and Jo In-sung to name a few.

The return of the School series in 2012 with School 2013 showed the popularity of the original series. It was revived by the producer, Bae Yong-joon of Dream High fame and this was likely to have been done because of his desire for a successful franchise under his name after the failure of Dream High 2. School 2013 turned out to be the most successful School series yet, acclaimed for its gritty realism with its emphasis on friendship rather than romance. Notably, it became the only School season to be nominated for best drama at Baeksang Arts Awards. 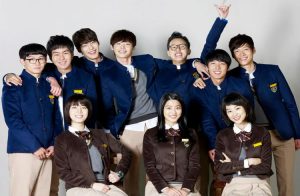 Its massive success lead to the series officially continuing again. The next season, Who are You: School 2015 was the first season of the series to attempt to move away from its typical, slice of life, social issue focused style. The season adopted melodramatic and mystery elements and also had a focus on romance rather than friendship. The reaction to this was negative so while the ratings did gradually rise, the show struggled with overall low ratings and criticism about the plot.

It is likely that these changes seen in School 2015 were made in response to the number of high school dramas tackling social issues. The School series is credited with creating the realistic high school drama trend, leading to dramas like Seonam Girls High School Investigators, Angry Mom and Solomon’s Perjury. The school series, in order to retain its uniqueness, clearly tried to switch things up with Who Are You: School 2015.

Another change that can be seen in this season is that one of the lead characters was not played by a rookie actor but by an idol, Sungjae of BtoB. This reflects the increased usage  of idols as actors in leading roles by the industry. School 2017 continues with this trend, the female lead is played by Sejeong of Gugudan in her first acting role. 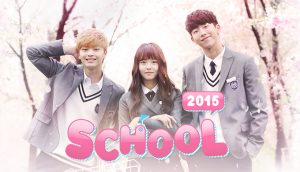 With School 2017, the lack of success that School 2015 had, has in all likelihood lead to the series returning to the slice of life style of old. This season is sweet and funny and I would say that the series is much more lighthearted compared to the much praised School 2013 and that it uses the tropes of a typical high school drama a lot more. Nevertheless, it does seem to be similar to the original series with its familiar low-key and earnest tone, covering similar issues like school violence, poverty and corruption. However, it does have a mystery element with a vigilante in the school to try and differentiate itself.

The show continues to be a stepping stone to success. K-drama watchers certainly know Lee Jong-suk and Kim Woo-bin, the stars of School 2013. This year, we have seen the leads of School 2015 appear in popular dramas: Sungjae was in Goblin, Nam Joo-hyuk was in Bride of the Water God and Kim So-hyun was in Ruler: Master of the Mask. If I had to point out one future star from School 2017, while I would say Sejeong is delightful and Jang Dong-yoon is a strong performer, Kim Jung-hyun shines in this drama as the charming bad boy figure. 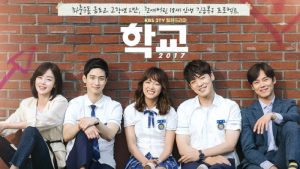 I would point out though that School 2017 doesn’t have high ratings of previous seasons and this does raise the issue of the future of the series. The School series is a staple of Korean TV because of its realism but this is no longer unique in high school dramas. The lower ratings suggest that the viewers are losing interest as the School series now has many counterparts to it and this is certainly a worry for the time ahead. For the future, School 2017 has the hard task of trying to make things different while also retaining its main identity. 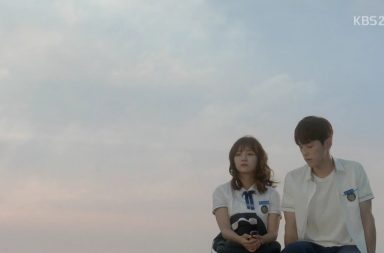