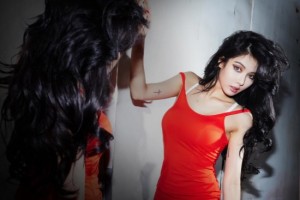 When summer comes around in K-pop, there are several things that come to mind: summer comeback music video tropes, female groups getting the spotlight, and certain artists also making their comebacks sometime in the summer. With the exception of “Ice Cream” and her solo debut with “Change,” Hyuna has had all her solo releases in the summer. This year looks no different as Hyuna returns on August 29. Which is why for this month’s edition of Music & Lyrics, the theme is Red.

Red is a color that brings to mind many meanings. It is the color of love, it is the color of passion. Red is also the color of rage and anger. The color red symbolizes energy, ambition and determination. It’s no coincidence that the Red Ranger is the leader of the Power Rangers, or that Flash’s costume is red. Red is a color of action. The color is used for a handful of emotions, but there is one similarity to them all: they are all colors of intense feeling. 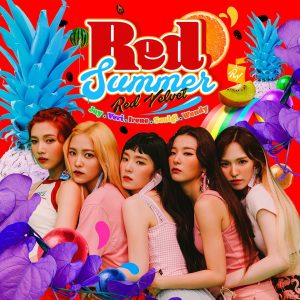 In her 2014 release, “Red,” Hyuna said that she made that color her own — it is representative of her and her image, with her declaring “Because that red thing, that’s me.” She is many things — she is passionate, she takes action, she takes lead of her image, and all the facets that come with red is her. But what other songs take the color and use it in their tracks?

The first track is an obvious choice: “Red Flavor” by Red Velvet. After all, how can we talk about the color red without mention of this group? Just like Hyuna, the group embraces the color red as part of their identity. Red is supposed to be ‘strong and elegant’ while Velvet is for ‘soft and feminine.’ In time, the red part of their name has come to mean energetic and cheerful.

Curious about the red flavor, honey
The strawberry flavor that melts
More as you bite
Look for it at your corner candy shop, baby
My favorite is the summer flavor

With the summery beat, it is easy to surmise what “Red Flavor” is about: energetic fun. And this is how the group uses the color red throughout the song. Red is the “hot summer air.” It is love at first sight. It is the color of the sun in which their love burns brighter than the bright star at the center of the universe. It is a typical love song, with some predictable innuendoes mixed in, using red to symbolize energy, love, and fun.

The second track is “Red Lipstick” by Hyorin, formerly of Sistar. The non-promotional track was released with her solo debut back in 2013. Featuring Zico, the track uses the two artists to create a back-and-forth conversation of the aftermath of a breakup.

Red and thick so you won’t recognize me ever again
I only gave love, I only gave love And I lost my heart
I put on thick red lipstick and cut my hair
I like myself reflected in the mirror
I have erased you now

The track uses red to mean determination — a determination to get over the past relationship. In the lyrics, Hyorin puts on red lipstick to mask her broken heart, to make sure that her physical appearance is different — that she is different from the past love. Love is “something that disappears….it feels like a big rock stuck in my heart” from Zico’s perspective, but for Hyorin, it is different. Love is something that is erased, replaced with her new image: one that rocks red lipstick. This is an image she prefers, as she continually croons that she has erased her past love. 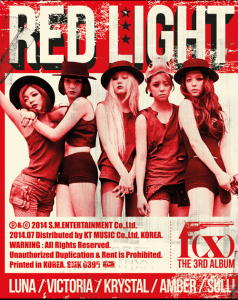 The final track is an obvious choice: “Red Light” by f(x). At first or second listen and viewing of the lyrics, it may be a confusing experience — what does a caterpillar have to do with this? Since its release in 2014, we have received word that the song was a criticism of the handling of the Sewol Ferry Disaster. In a way, the lyrics are also a criticism of society itself.

The song starts with a declaration to “follow the rules of the jungle/the weak will get eaten.” This means that the strong — the wealthy and privileged — survive easily and get stronger in terms of social power or monetary gain. Meanwhile, the weak — the poor and the impoverished — have to use all their resources just to survive and will have difficulty in advancing, thus, they will get eaten.

Ay- Wait a minute,
follow the rules of the jungle, the weak will get eaten
They just push me forward, yeah push me forward
Nah you’ll get stepped on if you lose focus
Caterpillar caterpillar,
when everyone was silent,
it turned on, turned on 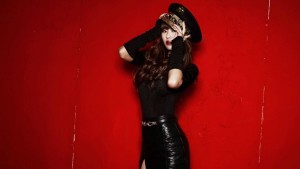 The song’s lyrics criticizes a society that allows this jungle-like atmosphere to continue. The red light comes to signify people stopping in their criticism just so that they can live — those who do speak out are crushed by the stronger. In this way, “Red Light” is a manifestation of that low broil of anger that can become a full blown forest fire when sparked.

Red is a curious color. It represents a whole spectrum of emotions, and thus, the tracks using red also have vastly different meanings. In using red as the color to signify her brand, Hyuna also took on all sides that red means: love, passion, energy, seduction, anger, and determination. For songs using the color to anchor their lyrics, it comes with an instant identifier: everyone knows what red can be about, as red is used and seen in a myriad of everyday objects. It is a color engraved in us, and thus leaves lyricists plenty of room to play with.