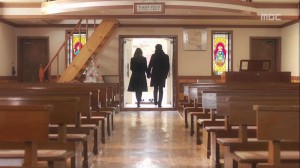 In the US, we celebrated the life of Martin Luther King, Jr. a great man and leader of the Civil Rights Movement that helped to bring equality to all people who lived in the US.  And while there are many things that still need to be fixed in this country, it was due to the work of those like Dr. King that has made this nation a better place to live.  As we all continue to try and make this world a better place, I’d like to share with you all one of my favorite quotes from Dr. King:

So spread the love people!  Now on to another love of ours–K-pop.  It was a busy week in K-pop last week as there were many comebacks and debuts.  A couple of the notable debuts that I think everyone should check out would be SPEED‘s “It’s Over” and Never Mind’s “Shooting Star.”  The following are the 5 Things that happened last week in K-pop that I think were a bit more special more than the rest.  If you’re not up-to-date- on your K-pop beware, because spoilers most definitely lie ahead.

The former leader of old school k-pop boy band H.O.T., Moon Hee-joon, released his latest solo album BEGINS on the 19th.  The mini consists of 5 tracks including the title track “I’m Not OK.”  Other than his recent stints on variety shows and knowing he was from H.O.T., I didn’t know much about Moon Hee-joon so didn’t know what to expect from his release.  I was pleasantly surprised with the song which is like a techno sad  love song and the MV which while nothing new was still entertaining.  I think the choreo was excellent and his stages on the music shows have also been great.  Overall I’d call it a successful comeback for Moon Hee-joon.

For the 2013 Running Olympics the PDs of Running Man brought in the big guns, or should I say big flower boys?  To challenge the cast they brought in Yonghwa and Jonghyun from C.N. Blue, SHINee‘s Minho, ZE:A‘s Kwanghee, MBLAQ‘s Lee Joon, INFINITE‘s L, and Sulli of f(x).  The Running Men must be getting better because while all the games  were close–the usually dominant idols lost.  Check out my fave portion of the show a game of indoor hockey where there were almost no holds barred and the running men had absolutely no qualms at bashing some of your favorite idols, they didn’t even apologize to the fans after… le gasp.

JYJ‘s Jaejoong released his debut solo album on the 17th and the MV for the title song “Mine.”  I love that Jaejoong went the rock route for his album, his voice matches the genre well.  I loved the song and loved parts of the MV–just wished it wasn’t so all over the place.  I would love to see Jaejoong perform some of his songs live on some music show–the fight with SME is over, right?

2. School Back in Session

There’s only a few more episodes left for School 2013, the hopeful extra episode to compensate for the schedule lapse due to the ROK presidential elections turned into a behind-the-scenes special instead.  I had wondered if our favorite class of misfits would receive a happily ever after when after each little battle won a bigger one would appear.  So when this little victory in the cafeteria brought together the biggest misfits of the class I thought the end of the rainbow was in sight.  Alas, the pot of gold was a bit farther off than expected–well, there are still three more episodes.

There isn’t much that I haven’t loved about C.N.Blue‘s latest comeback.  Love the new songs and their comeback stages have been great–mostly because with the level of popularity they now have they can insist on doing live stages.  In fact the only thing that I don’t love about their comeback?  Yonghwa‘s blond hair, but I guess I’ll get over it especially with news of C.N. Blue launching a world tour this year.