Is Kim Jong-kook Saying "Men Are All Like That?"

After what seems like ages, Running Man‘s beloved Commander Kim Jong-kook has made a comeback with a full-length album, Journey Home, and title track “Men Are All Like That.” While he’s had very few singles here and there, Kim Jong-kook’s last full-length album was at the start of January in 2010–Eleventh Story–and his last remake album was in September of the same year.

Now he’s back, enlisting the aid of good friend Song Joong-ki for his music video for “Men Are All Like That.”

This is what a music video should be: incredibly clear. Even as one who does not understand Korean, the idea is obvious: over the period of his life, man becomes fascinated with toys here and there, but eventually tires of them, especially when something new comes along. And this is no different with women. The overall message plays on stereotypes that we hear of each gender: men like the chase but get bored easily, and all (clingy) women dwell on the idea that they’ll be their man’s last love. It also plays with the idea of having a spark at first meeting but having that spark going cold over time. The lyrics pin these characteristics down on each gender’s nature by saying that “men are all like that” and, in a bit of a twist, “women are all like that,” indicating that the heartbreak that follows is a result of both sides and both natures. It’s a message that has a lot of holes, at first glance, especially through its generalization of each gender and how they behave. It unfortunately seems to absolve men of some blame for their actions because it’s “just how they are” while simultaneously implying that women are fools for expecting anything better. 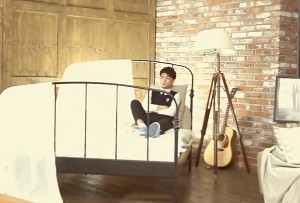 The cinematography aids in the music video’s clarity. The initial scene is under a dim, hard light that easily pulls out differences between dark and light. It helps set the melancholy tone: the woman puts her head in her arms on the man’s knee while the man straightens up to make room for her, but does nothing else. It’s a clear accommodation of the other’s desires with an indication of indifference. From there, the flashbacks occur.

To set aside the past from the present, the flashbacks are done under bright light while the man, still under the dark light, watches or remembers. From the three stages of growth, it seems as if all are for the same man. There’s the child playing with an action figure who tires of it and is bored until an airplane is gifted; the young student that is in awe of his guitar but soon just lets it collect dust; and the grown man who becomes enamored with photography and an older camera, only to be distracted when a new camera with a better lens come around. By showing this common characteristic of not being able to find constant contentment as being present in childhood, adolescence, and adulthood, it’s implied that men carry this characteristic throughout life. In the form of physical objects that leave little visceral impact, these problems are easily dealt with; hurt is minimised with the action of moving on.

When the woman then enters, there’s clear joy on the man’s face, but it quickly dims, along with the light, as he remembers the present circumstances. Her emotional progression shows a distinct distancing of instincts shared by the couple. 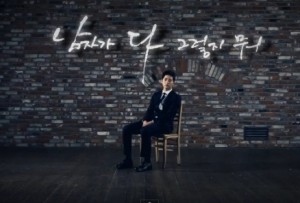 First, they’re on a bed together, but at the cut to him sitting at his work desk, she’s bizarrely positioned a distance away, striking emotions of emptiness and nothingness. In the penultimate scene, the woman finds herself among other items discarded by the man, demonstrating that all along, she had only been an object of desire. As if in childish angst — and perhaps a little anguish as well — of losing everything, and possibly waiting for a new distraction to come along, the final scene shows the man all alone, in an paradoxical dilemma.

It is a little unsettling how devoted the woman appears in her progression of scenes with the man, to the point where she awkwardly positions herself at arm’s length from him. Understandably, it’s done metaphorically but a generalization of behaviour in this manner comes off pejorative, especially to the female viewer. No doubt, the estrangement works well with the crooning but the music video also portrays a very dim view that relationships end with women getting their hearts broken and men being lonely afterwards.

Drawing attention back to the aforementioned irony, that in itself is probably the point being made. If men really have their nature to blame for their inability to stay loyal to something or someone, then no man would ever be in a stable relationship. In addition, if all women stood for that type of behavior like a devoted doll, then there wouldn’t be a content woman around. As there are countless examples around the world to show otherwise for both issues, the statement that “men are all like that” is an excuse that just doesn’t fly. It’s also an excuse that ends with two parties hurt, so really, there is little benefit in it for a relationship. Love needs work from both sides; it’s not just going to stick around easily. 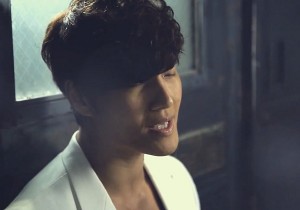 The acting in this video is simple and on point, easily conveying the necessary message. In particular, Song Joong-ki’s switches from happiness to sadness, in a matter of seconds, matched well with the cascading memories and so were rather interesting to watch. The motions and progressions were slow enough for the viewer to feel the tension as implied by the melody, lyrics as well as the couple’s expressions. Cuts of Kim Jong-kook were well placed, giving him the role of a narrator speaking the minds of all men.

Kim Jong-kook’s comeback music video was a good move in that the cinematography and simplicity of the message tied well together. The viewing experience is a bit of a downer, but as you don’t see the man just walking off with a new woman hanging off of his arm but a realistic loneliness tinged with regret, it shows a possibility that would occur should typical stereotypes be true. But by showing an outcome that occurs, but not nearly as often as a generalization would make it out to happen, the stereotype is overturned by a proof by contradiction. Accompanied by Kim Jong-kook’s sweet voice, the music video takes a melancholic overtone that pushes the movement and imbues the situation with necessary emotions, all earning the music video a 4.4/5.

How was Kim Jong-kook’s comeback music video? Do you have a favorite or least favorite aspect of it? Leave a comment with your thoughts!