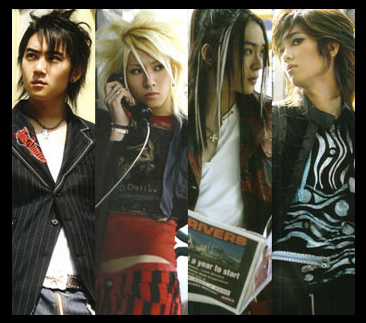 Welcome to another installment of Side B!

Those who are intimately familiar with the history of SM Entertainment artists may be aware that ex-CEO Lee Soo-man has always held a fascination with Japanese visual-kei, although while in the midst of running a large pop idol production scheme, rarely has he had the chance to tackle the genre head-on.

Those looking for proof need not look any further than Shinhwa‘s Dongwan and his full face of paint back during their “Yo!” promotions, DBSK‘s melodramatic (and hair-raising) “Tri-Angle” collaboration with BoA and The TRAX, and most recently, Exo‘s “MAMA” which takes bits and pieces of the elements of what SM tends to associate with the genre (hooded figures, face paint, and screamo) and meld it into a song that otherwise falls squarely under symphonic pop.

And then of course, we have The TRAX themselves, from back when the group was a four-membered nu-metal alternative rock band. This was SM’s actual foray into exploring the visual kei genre, to mixed results. For most newer fans, the general impression of TRAX (formerly The TRAX) is of a pop-rock duo that occasionally cameos on stage with sick guitar solos. This is, however, a far cry from their original roots.

The TRAX was originally formed in 2004 under SM Entertainment, and for a period of time was also co-produced by the legendary Yoshiki of X-JAPAN. The band name is a play on the word “tracks,” but also an acronym for the stage names of the four members of the band: Typhoon (Jay) of the Rose (No Min-woo) Attack (Kang Jung-woo) on X-MAS (Jungmo).

In May of 2006, after two short years of promotions in Korea and Japan, drummer Rose departed from the band to pursue a career in acting (he is currently signed under CCM), and the departure of bassist Attack followed in 2007. The two remaining members, Typhoon (now more commonly known as Jay) and X-MAS (now more commonly known as Heechul‘s good buddy Jungmo), kept a comparatively low profile for the next few years — it was said that Jay was having problems with his vocal cords — making some appearances on the variety sphere — specifically, Band of Brothers and Oppa Band — up until 2010, when they returned to the music scene as a duo and released three mini-albums under the new name TRAX. Since then, the duo have made frequent appearances here and there, helping out their SM brethren, participating in some collaborations and project groups, doing musicals, and featuring on some OST tracks. 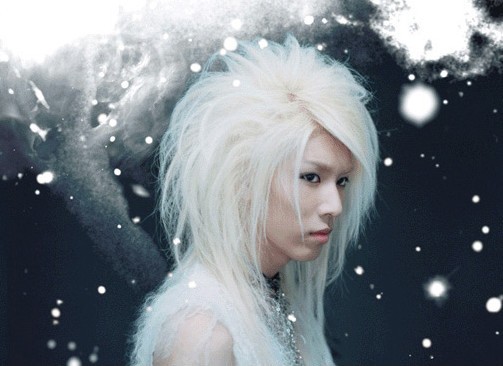 With Jay having enlisted for mandatory military service earlier in March of this year, and Jungmo having enlisted roughly a week ago on October 25th, I thought that now would be a good time to highlight some of the past, overlooked songs of The TRAX (the predecessor of TRAX), before the memory of the group fades even further from the collective K-pop consciousness.

As our Side B segments generally delve into the lesser-known tracks of albums, I won’t be going into title tracks “Paradox,” “Scorpio” or “Blaze Away,” but I highly suggest that anyone not familiar with The TRAX first take a look at those respective MVs here, here and here, as they paint a good picture of what The TRAX had been all about, musically and aesthetically.

Without further ado, here is my pick of my favorite B-side tracks from The TRAX.

“On The Road” is the second track off their first single, Paradox which was released in July of 2004.

“Tears” is a gorgeous rock ballad that is the 2nd track off of their second Korean single, Scorpio, which was released in December of 2004, and is a cover of an X-JAPAN song of the same name. A Japanese version of this song was also included on their first Japanese single Scorpio, released in the same month.

“Knife” is the 4th track off of Scorpio; there is also a Japanese version that was released under their Japanese release of Scorpio. Jay’s voice is absolutely gorgeous in this song.

“Over the Rainbow (Rock Version)”

The last track off of Scorpio, this is my favorite The TRAX song of all time. Jay’s smooth vocals blend in with the epic bass lines and soaring instrumentals to create a track that is simply symphonic rock done right. As a point of clarification — as people are often confused/bemused by this detail — during bridge before the chorus, what sounds like “meow” is actually “mian” (“sorry” in Korean).

There’s also a beautiful piano version of this song included on the same album, as well as a Japanese version released as the second track in their third Japanese single, Blaze Away, under the title “End of the World.

“Vampire” is the second track off their second Japanese single, Rhapsody, released in April of 2005 under their Japanese management, Avex Trax. It’s delightfully creepy and dark, definitely one of their more distinctive songs.

This song was the first track off of their first full-length album Cold Rain, released shortly after Rose’s departure in 2006. At this point, they had begun promoting as a three-person band, and already you can see a more mellow and pop-influenced shift in the band’s sound, particularly in their more prominently promoted Korean tracks.

The actual song begins around the 1:48 mark; the clips at the beginning are cut from the epic 27-minute drama version of the MV of the title track “Cold Rain” here, starring Jay, Attack, and Lina (of CSJH The Grace).

The seventh song off of First Rain gives off a dramatic feel. The English portions in the chorus go:

We’ll be a lone star! We’ll fade a color tonight!

We’ll be a monster! We’ll be a ghost of moonlight!

It should be noted that Jay originally grew up in LA, so his English, while not perfect, is better than most.

Well, that’s a wrap for my pick of earlier and under-exposed songs from The TRAX! I hope you enjoyed listening to these selections, and of course, feel free to leave additional thoughts on the group — their past, their present, and their future — below.