Side B: The Boyz's Boyish Charms

Upon their debut, The Boyz quickly established their sound as fittingly boyish, charming, and bright with “Boy,” along with their pre-debut track, “I’m Your Boy.” Since then, the group’s 11 members have grown out of boyhood and into adulthood, maturing in their sound along with their music. However, even as The Boyz have grown up through their melodies, lyrics, and now edgier image, releasing darker title tracks like “The Stealer” and “Maverick,” they’ve still maintained their signature softness and youthfulness throughout – particularly amongst their discography’s b-sides.

In their latest release, Be Aware, The Boyz put a lighter and brighter spin on their recently more intense and heavier sound featured in albums like Thrill-ing and Maverick. Be Aware’s own loudness and production heaviness aside, several of its b-sides, including “C.O.D.E,” “Survive the Night,” and “Timeless,” all resemble a callback of sorts to the group’s older releases, which were filled with airy instrumentals, bright and cheery synths, and alluring vocal harmonies.

One of the most notable examples of this signature sound is “Text Me Back,” a b-side from The Boyz’s second mini album, The Start. Led by punchy, retro-inspired electronic synths, the track makes for a solid, cheery representation of youthful feelings for a crush. On “Text Me Back,” The Boyz proclaim their feelings for said crush, begging for their admiration back:

“If you can read my heart, text me back

If you just give it

I’ll wait for you forever

You’re my only one

I want you to text me back

“Text Me Back” isn’t the only early showcase of The Boyz’s youthful charisma. As an earlier track in their discography, “Back 2 U” is also innocent, yet sophisticated. Even as the group sings of returning to a love they know isn’t right, the lightness and uniqueness of the instrumentals give it a much-needed sense of energy. Although it’s led by atmospheric synths, gentle piano instrumentals, and melancholy vocals (including noticeably slower rap reverses compared to their more recent releases from Sunwoo and Eric), “Back 2 U” also has an underlying and near-continuous electronic blinking sound effect that gives it a more lively feeling, all while still maintaining its distinct softness.

Fast forward to the group’s first full-length album, Reveal, which features one of their first distinctly darker title tracks (“Reveal”), where they grow into their delicate and boyish side on their b-sides even further. “Salty” and “Break Your Rules” are standout examples of this on this album, as The Boyz stick with their subtler, softer side and excel at it.

Although bittersweet lyrically, “Salty” has many of the remnants of “Text Me Back”’s upbeat and dance-y vibe, only this time more refined. Although the track kicks off with only an eerie synth and Juyeon singing “Who am I?/ Trying to talk to myself in the mirror,” it quickly transcends into a familiar electronic and poppy sound. Like “Text Me Back, “Salty” features impactful and dynamic synths that give it plenty of momentum atop a techno beat. The track also features The Boyz’s trademark smooth harmonies, which especially stand out during the bridge when they morph into a cheering crowd.

Like “Salty,” “Break Your Rules” has a similar smoothness and airiness to it, along with a sense of The Boyz’s ever-present bubbliness. The track’s lyrics have a cute innocence about them, as the group sings of dreaming of their crush accepting their confession:

“I’m sorry if you were shocked by my loud heartbeat

Look at me with those eyes from the dream

You break your rules”

Paired with its consistent, magnetic vocal harmonies (again, a true herald of any dreamy The Boyz b-side), subtle bassline, mid-tempo beat, and full synths, “Break Your Rules” has a hopeful, eager atmosphere about it that gives The Boyz much of what their name already signifies — their trademark boyish appeal.

That takes us to “Whiplash,” off of the group’s fifth mini album Chase, and “B.O.Y. (Bet On You),” a surprisingly boy-ish addition to Thrill-ing. Both b-sides are additions to notably more mature editions of The Boyz’s discography, as Chase is led by sensual title track “The Stealer” and Thrill-ing is led by cheeky but noticeably grown-up lead track “Thrill Ride.”

“Whiplash” is one of the group’s most playful b-sides to date. A rock-pop track led by a lighthearted, electric guitar and lively, flirtatious vocals in which the members go in and out of falsetto (particularly during the chorus), “Whiplash” is a breath of fresh air amongst The Boyz’s fiercer tracks.

To top off The Boyz’s hefty selection of youthfully charming b-sides, “B.O.Y” is a sweet callback to both the group’s name and their debut song, as well as the track’s own style. Riddled with nostalgia, the track has many of the makings of the aforementioned b-sides: wistful lyrics, an electro-pop beat, and bright, plucky synths. Even as its sits amongst a selection of the group’s more grown-up tracks, “B.O.Y” is a standout b-side that pays homage to their roots and their promise as a group.

Even as The Boyz continue to carve out an edgier, more mature path for themselves with their most recent work, their b-sides show that they still have a knack for their youthful sound, no matter how old they get.

(YouTube. Lyrics via Genius and Lyricskpop.net. Images via IST Entertainment.) 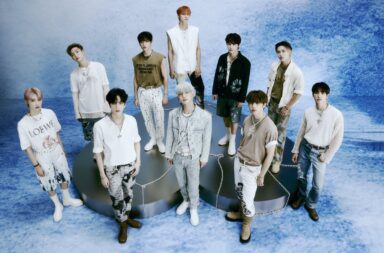 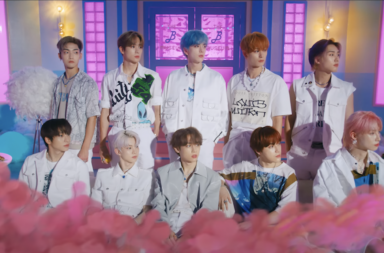