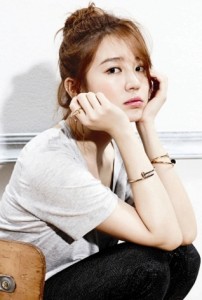 Running Man is definitely my favorite variety show, but admittedly, I have a little list of things I want to see happen to the show. My list of wishes is fairly simple: for “Bells Hide and Seek” to make a triumphant return, for the pitiable Ji Suk-jin take a win of his own, and for the Monday Couple to confirm the status of their currently ambiguous on-screen relationship. However, as much as I want the prior events to happen, a guest appearance from the radiant Yoon Eun-hye undoubtedly tops my Running Man wishlist.

While she doesn’t frequent variety as often as before, the actress has definitely proven her worth in this other field of entertainment. She absolutely shined in the variety programs she’s been featured in previously, almost completely ensuring that her highly desired appearance would live up to her hype as a celebrity. The most prominent of Yoon’s variety endeavors would most likely be her run in X-man, where she grew to be one of the longest lasting and most notable staple guests on the extensive episodic show, charming the public with her quick wit, likable charm, and of course, her formidable wrestling skills. It’s evident to most dedicated watchers of the show that Yoon’s endearing personality, speedy perceptiveness, and competitive athleticism makes her a model guest for the game-oriented Running Man.

And it’s not just fans who share this thought, for even the Running Man scriptwriters and cast make several references to the popular actress when recording the program. Yoon is probably the most referenced celebrity mentioned in the show, a surprising feat considering that the actress has never really made a formal appearance on the program thus far. And seeing that she’s such a desired guest for the fans and cast alike, it’s almost certain that the writers or producers of the trending variety show have confronted Yoon before for a possible guest appearance. 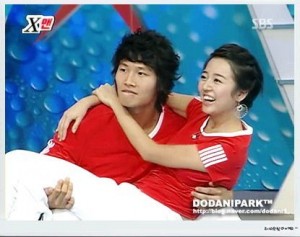 And according to a recent interview, this seems to be the case for Yoon Eun-hye. In her interview, Yoon reveals she’s been asked multiple times by the crew of Running Man to appear on the show, however each time she has refused. Yoon cites her previous loveline with cast member Kim Jong-kook as the reason behind her refusal, for she doesn’t want their former loveline to be the center of her appearance. She expressed the desire to appear on the show on her own merits, guesting for her own promotions for either a drama or movie, rather than guesting simply to rekindle an old loveline that was established years and years ago.

And as much as I’d want Yoon to appear on the show, her points are very plausible and credible. Considering the circumstances, should Yoon choose to finally appear on the show, there’s a high probability that the whole episode will revolve around the overwhelming loveline between Yoon Eun-hye and Kim Jong-kook, which is exactly what Yoon feared all along.

First of all, while Yoon is likely the most referenced celebrity on the show, her mention serves more as a running gag between the cast members, particularly between X-man alumni Yoo Jae-suk and Kim Jong-kook. Whenever Yoon’s name or presence is mentioned on the program (most usually by Yoo Jae-suk), it is almost customary for Kim to react embarrassingly, violently, or a combination of both. Kim’s meek reactions serve as major sources of humor for his normally strong, dominant character, to the point that Yoon has been listed as one of the Commander’s few “weaknesses,” becoming a frequently noted running gag in the program. If Yoon were to finally guest on the show, one could only imagine the extent of the teasing and running gags that would ensue. And as hilarious and golden that teasing may end up being, it could easily take up the entirety of the episode, something regular fans of the show may not enjoy, a fact Yoon is very keen of. 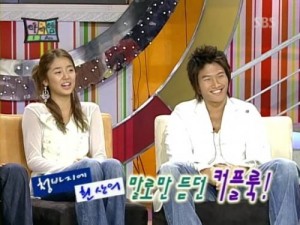 Second of all, the show has a bit of a notoriety for utilizing love lines for their missions. Whenever a notable actress or a group female idols appear on the show, the writers tend to pair the cast into pairs or designate a couple as main characters. For example, Han Ga-in, Han Ji-min, and Son Ye-jin, all notable, popular actresses in recent times much like Yoon Eun-hye, each had episodes devoted to find their “true love” or “partner,” devoting the entire episode to show the romantic banter. Moreover, whenever a group of female idols appear on the show, they are always paired up with the predominantly male cast, and the interaction between these mini lovelines would take up the majority of the episode. While not necessarily a bad thing, these episodes aren’t met with the most positive reaction to say the least, for fans complain about the relative lack of action.

Lastly, the loveline between Yoon Eun-hye and Kim Jong-kook truly was a big deal in the past. Countless scandals have piled up over the years speculating the nature of the two artists’ relationship, and the effects were so blatant that the loveline is still being mentioned regularly in recent times. The union is likely one of the most popular and legendary lovelines in the entirety of the K-entertainment, and both are still teased about it years and years later after its initial establishment. 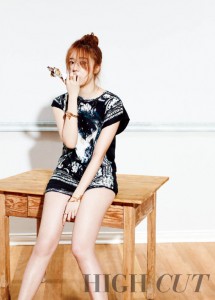 Not mentioning the loveline at all would be a completely foolish — and unlikely — move for the show to do. However, focusing solely on the loveline would also be a wasteful move, for it would only regard Yoon as a relation of Kim Jong-kook when, quite frankly, she is much more than that. As previously described, with or without her loveline with Kim, Yoon is still an exemplary guest for Running Man. She has wit that can astound even Yoo Jae-suk, a carefree personality willing to sacrifice her image, and athleticism that would allow her to be a formidable opponent in the challenges, posing a threat to the usually unbeatable Ace Ji-hyo. If treated as a normal guest, Yoon would have likely delivered a great performance regardless. However, if the entire episode would revolve solely on the loveline between Kim and Yoon, chances are that Yoon won’t be able to demonstrate the potency of her prowess. She’d likely be subjected to less strenuous couple tasks with Kim, and while their banter would cause quite a few laughs, Yoon wouldn’t be able to show what she’s truly made of.

For example, take Moon Geun-young‘s recent appearance on the show. The lovely, young actress was a ruthless competitor, but despite that, the majority of the actress’s screen time revolved around her loveline between Kim Jong-kook and herself, first sparked when Kim described Moon as his ideal type. While the focus on her loveline might have just been a way to ensure that the popular actress receive the screentime she deserved, there could have been clearly more focus on Moon’s proficiency in games rather than her loveline, a pity that could repeat itself for the very susceptible Yoon Eun-hye.

In conclusion, I’d like to reiterate that a guest appearance from Yoon Eun-hye is still at the top of my Running Man wishlist. I have a lot of things to wish and hope for in my favorite variety, yet among all of my desires, my desire for Yoon Eun-hye to appear on the show runs the deepest. I am confident she’ll do an exemplary job, and while it can be burdensome, the prospect of a reunion between Kim Jong-kook and Yoon Eun-hye is too grand to pass up. However, her appearance may be a bit harder to accommodate than I initially thought, since her notable loveline could potentially overwhelm her purpose in guesting in the show. Nevertheless, I hope things can work out, since I’m excitedly anticipating the day when Yoon Eun-hye appears on a Sunday variety once again for the first time in years.