That’s right, Nega Network has unveiled a new idol group, a boy band named Lunafly. Although the management of the two groups have shifted somewhat, N 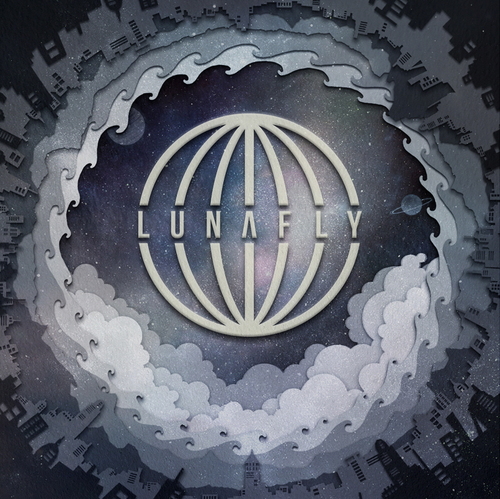 ega Network has done well with Brown Eyed Girls and Sunny Hill, in terms of song production and musicality, and matching good songs with great talent, so when the news was announced about their new rookie group, I was excited to say the least.

Lunafly is comprised of three members, Teo, Sam and Yun, and will be promoting with an idol band concept, à la TRAX, FT Island and CN Blue, but they have a lot more acoustic sound. They haven’t officially made their Korean debut, but they have released two tracks in English, called “Super Hero” and “You Got Something That I Need.” Their pronunciation is pretty good, much thanks to Sam Carter, who is a Briton of mixed blood, half-British half-Korean, who is a fluent English speaker.The roles of each of the members aren’t exactly clear, since they all sing in the two tracks, can play instruments and have strong vocals. We have yet to see if one of the members will be the main vocalist, and the rest of the members are musical back-up, or if they will take a twist to the typical band formula and have each member sing and play instruments.

Not much has been revealed about Teo and Yun, but Sam, as previously mentioned, hails from Great Britain, presumably from England, and has been on MBC’s Birth of A Great Star, but failed to get into the finals, and used to be a professional footballer until he was injured and couldn’t play.  A professional footballer turned singer? Interesting. But Sam’s vocals surely are something to look at. Take a listen to a cover he did for his Nega Network audition with YouTube sensation Megan Lee.

Their first song “Super Hero” is an easy-sounding acoustic song. It had a nice old school and down to earth feel that is always nice to listen to, but I couldn’t help but feel that I’d heard the same beat countless of times. It was generic but the boys have strong vocals, and the lack of instruments might imply that it was a song to do just that, showcase their vocal talent. Seeing as Sam is the only member fluent in English, I was really impressed by the pronunciation of Teo and Yun during this song. It might have caused them to sound a little nasally in parts but they still managed to be clear and didn’t take away from the song.

However, during their second track, “You Got That Something I Need,” the awkward pronunciation are a lot more apparent in this song and made some of the words undetectable. It’s nit-picky, and the song is a nice listen, but I can’t help but get distracted by the awkward pronunciation. It’s great to see that they’re trying their best, and this only the beginning for Teo and Yun, so they have a lot more time to practise their pronunciation, and they’re definitely on the right track. If it was the reverse, for me, it would have sounded like the alien language that inspired Lee Soo Man to make EXO‘s concept, so kudos on them for managing to be understandable while singing a language that is difficult for non-native speakers.

The lyrics intrigued me, not because they were riveting and thought-provoking, but they made me remember how cheesy some pop lyrics can be. I’ve been i 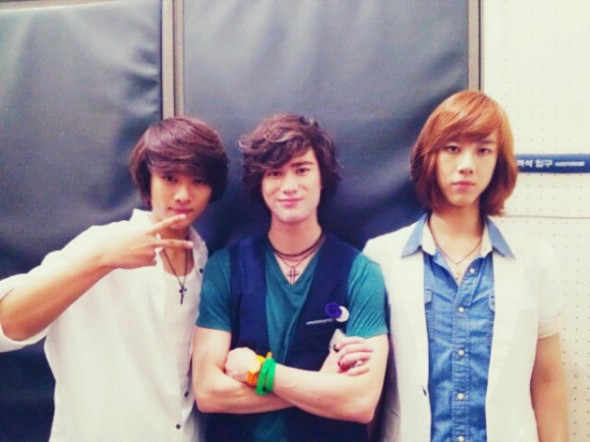 mmersed into K-pop for far too long, it seems, and should be more diligent in looking at English translations for K-pop songs, even thought most of them butcher the meanings of the songs. The luxury of K-pop is that you can drown out the lyrics and pay close attention to the vocals and the instrumental of the songs, things I wished I could do with some mainstream North American pop songs. As cheesy as the lyrics sound to a spoilsport like me, the boy’s voices truly shine in this simple, acoustic songs.

When Lunafly officially comes out as a band, I wonder what route they will take. K-pop is no stranger to bands, from the TRAX, FT Island, CN Blue, and LED Apple, and they’ve always had a difficult time within an industry that is so dependant on performance, which usually implies dancing coupled by singing, but each of the aforementioned groups managed to gain a considerable fanbase, thanks to having great talent, music, and great-looking members. Can’t be a true idol band without can you? Lunafly has almost all the bases covered, as I patiently wait for equally as great music to come from them.

Lunafly is definitely on my radar, what about you Seoulmates?