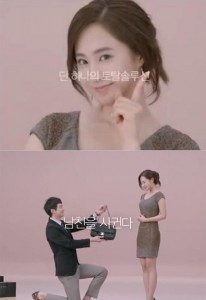 Last month, I humbly offered my remarks on the bit of backlash that SNSD‘s Yuri encountered after her CF for skincare and makeup brand Mamonde rubbed just a few women the wrong way.  And no wonder; as stated, the commercial was gendered to an absurd degree and altogether complicit in making women seem vain and utterly dependent on men for pretty things that cost money.  That the CF engendered such a heated reaction from women — who are understandably tired of always having to play second banana to men in the world of Korean entertainment — was a positive sign that perhaps the tide of gender politics as it relates to K-pop and K-dramas might be starting to turn a bit.  Maybe, I thought, women would start speaking up more often whenever they saw or heard a song, a drama, or CF that made them feel as though they were occupying an inferior position to men.  Cue the chorus — who runs the world?  GIRLS.  Female empowerment!

Ah, but quite a few men would like to disagree on the point — because, they indignantly cry, K-pop is mean to men, too!  Why, just look at Baek Ji-young‘s latest single “Good Boy”!  It’s belittling for any K-pop star — especially a woman — to sing a song about how a man obeys her every word.  What fantasy!  We must ban this atrocity, for it is damaging to the delicate psyche of young men everywhere!

Despite the melodrama with which it is retold, the above story is actually true.  A South Korean organization called the Mens’ Rights Group has requested that “Good Boy” be banned due to the fact that it portrays a man as being inferior to the older woman with whom he is in a relationship.  The organization released this  statement (reprinted in full to preserve to total idiocy with which it was constructed):

The music video actually features a dog, giving the idea that men are treated as dogs who listen obediently.  Young men that listen to them obediently as well as dogs may be the fantasy of older women out there who dream of romance and bestiality, but normal, healthy men feel totally offended by songs like these. Even during a time where men ruled the world, men never treated women like dogs. 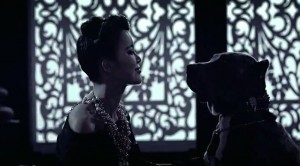 One could comment about how completely and utterly inaccurate this is (or how completely and utterly patriarchal it is), but why waste time pointing out the obvious?  The Men’s Rights Organization seems to be one that gets their manly boxers in a twist whenever something seems to threaten their dominant position in South Korea, which is pretty difficult to swallow in 2012 — especially in South Korea.  I wasn’t aware that South Korea’s patriarchy was under such a threat that men needed organizations to preserve and protect it, but…oh, whatever.  Is this even worth wasting even proverbial ink over?

Granted, one can say with 100% surety that this so-called Mens’ Rights Organization does not speak for all South Korean men — and indeed, it probably speaks only for a specific subset of 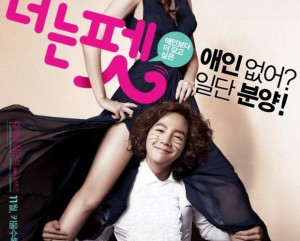 Korean men, those who would happily advocate for the maintenance of any sort of gender norms that favor their superior societal and familial position.  However, it is noteworthy that this is the second time in recent memory in which this same organization has raised a fuss over something in Korean entertainment somehow insulting the dignity of men; they also raised similar objections against You’re My Pet, starring Jang Geun-suk and Lee Ha-neul, and filed a petition to get the film removed from theaters (a petition that was subsequently rejected based on a lack of evidence).  What is even more noteworthy is that this organization’s whining continues to make the news amidst the near-complete absence of any female equivalent or counterpart — which is not to say that this organization is impressively or exceptionally loud.  Rather, it more likely indicates that they are somewhat better organized and carry more societal weight than do women’s groups.  Even if their complaints are utterly inane, they’re bound to get more attention simply because…well, they’re men, of course.

Am I being too harsh?  Maybe; some have made the argument that if the song were misogynistic or in some way degrading to women, the same situation would have occurred and nobody would have questioned the backlash.  Ordinarily, this would be a valid point — if there existed a strong precedent in South Korea of women’s organizations filing complaints against songs, films, dramas, or CFs that they felt were demeaning or contributing to their own inferiority.  But really, there doesn’t — and that is perhaps why the Mamonde CF incident stood out.  Women so rarely make a unified statement regarding the way they are portrayed in K-pop.  And let’s face it — more often than not, women are portrayed as the inferior gender, and very few people have done anything to stop it.

Consider, for example,  the odd phenomenon of wrist-grabbing in K-dramas.  If Korean men are concerned about a song or film that implies that they might be being dragged around on a leash by their women, then what about literally being dragged around by the wrist as though one were a piece of property?  The difference between the two is that one is an obvious metaphor that wouldn’t actually happen in real life, while the other happens at an alarming rate both on-screen and off-screen.  Also consider the literally uncountable number of songs that further the objectification of women at the hands of men.  For every potential complaint about a song that makes men seem weak in K-pop (of which there are remarkably few), there could be a dozen regarding songs about women that do the very same thing. 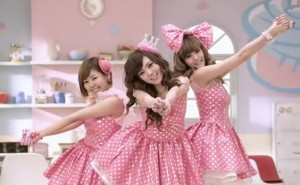 Part of the problem is that women themselves are somewhat complicit in the creation of content that makes them seem like the weaker sex.  While plenty of K-pop songs produced by male groups places women in an inferior position (U-KISS‘ “Shut Up” comes immediately to mind), girl groups are largely the makers of songs that make them seem stupid and relatively incapable of accomplishing anything without “Oppa.”  I’ve already discussed this at length elsewhere on the site (and one can always refer to The Grand Narrative for translations and explanations of various songs), but girl group hits involve either (a) disturbing amounts of cutesy, infantilizing behavior or (b) faux-powerful sexy behavior that objectifies the young female to the extent that the supposedly empowering lyrics coming out of her mouth (which is a rarity) are completely dwarfed by how little clothing she is wearing, or how provocative her dancing is, or how soft-core pornographic the camera angles used in the music video are.

Of course, girl groups are largely run by male managers and staff — a fact that makes their constructed image much easier to comprehend.  But the fact that girls are the visual representatives it does make it more difficult to complain about their supposed gender transgressions.  There is a noticeable disconnect between wishing to support the careers of women in Korean entertainment and hoping that they do justice to an adequately feminine perspective.

What does that leave us with, then?  Women in K-pop could become the arbiters of their own fate, but a stunning lack of organized protest against the status quo has produced cultural content that is surprisingly one-sided.  Moreover, even if the complaints by the Men’s Rights Group is completely unfounded and just plain stupid, that it gets any attention at all is a reminder of who runs the show in Korean entertainment — and that anything counter to their preferred way of doing things can and will be called into question.

It is one thing to sit at home and laugh off the Men’s Rights Organization’s latest nonsensical rabble-rousing.  It would be quite another to actually take action against it — not only to point out its hypocrisy and its inconsistency, but to stand up for a woman’s right to subvert gender norms and call into question patriarchy in South Korea.  Once women themselves start calling for greater respect in the world of Korean entertainment, it is more likely to be granted.