I’m an avid Korean drama watcher. I love seeing beautiful people do crazy acts for my viewing pleasure. And since I’m one of those insane people who hate surprises, I love that they are somewhat predictable. I watch dramas because I can expect a Mr. Darcy type hero or the sweet plucky but “average looking” heroine. I know that I’m going to adore the second lead more because he isn’t an ass or that I’m going to curse the hateful other woman who has stalker tendencies/twisted logic/penchant for slapping. But when you’ve watched as many dramas as I have, there comes a point when the same reused clichés start to become teeth-gashing worthy. One heavily used cliché is the wrist-grab. 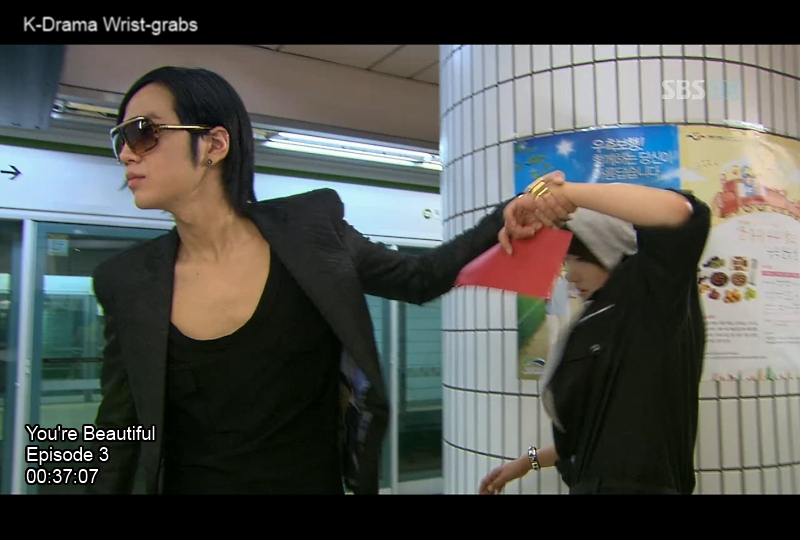 I don’t think I have ever gone through one drama without the wrist-grabbing making an appearance. I guess it is supposed to have the same effect as sweeping her off her feet, except in a much ruder and irritating manner. Does this scene sound familiar to you? Plucky female lead is having a pleasant conversation with perfect second lead about how glad she is that she isn’t going expire from cancer. Arrogant first lead sees them having a lovely conversation, flies into a jealous rage and stomps over there to claim his property lady. He ignores plucky female leads protests, and wrist-grabs her, and then storms off with her in tow. 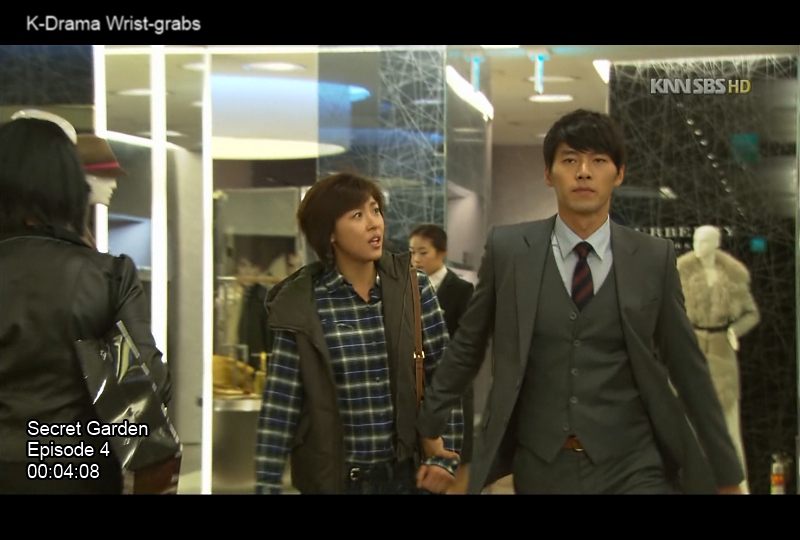 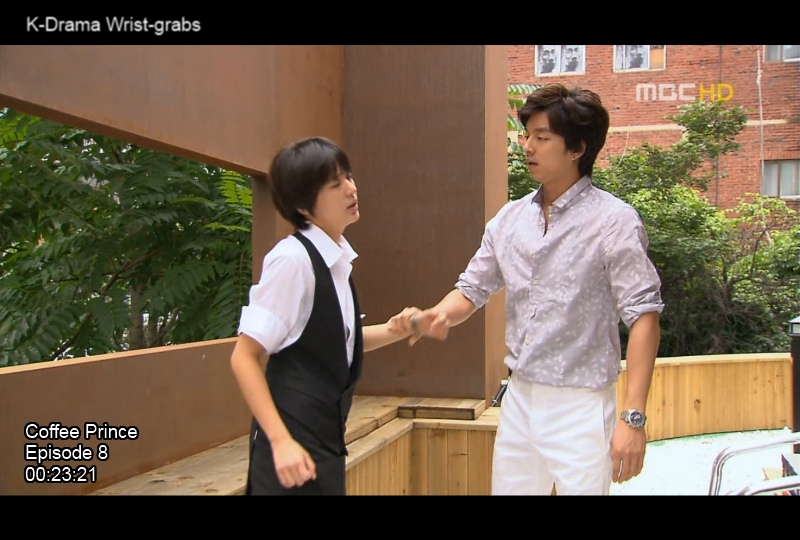 Whenever I see this sort of scene, it irks me to no end.  To me, all I see is that the man doesn’t respect or trust his lady-love enough and feels the need to act like a Neanderthal to prove his manliness. And even when she tells him “let go” and struggles, he continues to drag her along. The only time I’ve ever seen this play out in real life is with stern mothers and their tantrum-throwing children. That’s just all the more grating. Never mind taking her by the hand, instead let’s grab her by the wrist like a child and pull her away, because that’s every woman’s wish, to be treated like rag doll. 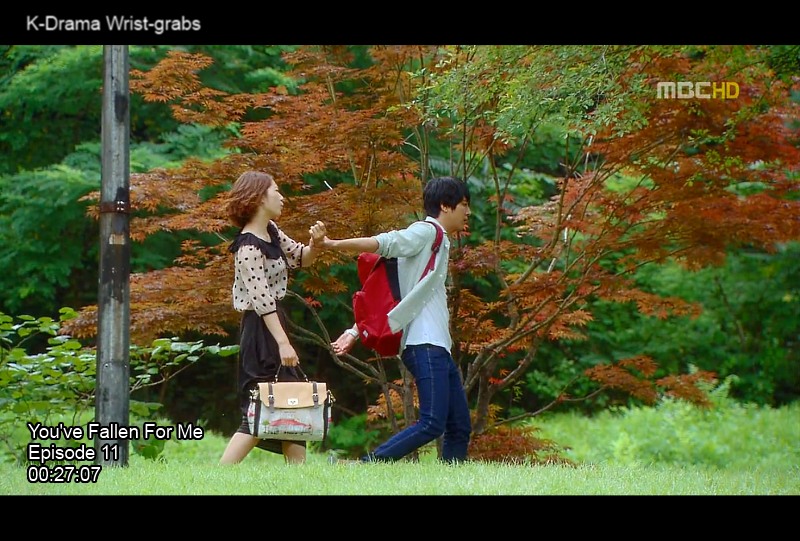 It’s disturbing that this sort of behavior is acceptable, even in K-Drama land. Some might argue that it was in the script or that I can’t take what I see on TV as real life. True, but isn’t it more disturbing that such a gesture is written in the script to begin with? And of course K-Drama isn’t reality, but it caters to a large audience and if they accept how their beloved flawless male lead is behaving,  then nothing is going to stop them from accepting such behavior from their lover. Especially in a patriarchal society like Korea where women are expected to follow the decisions of men. 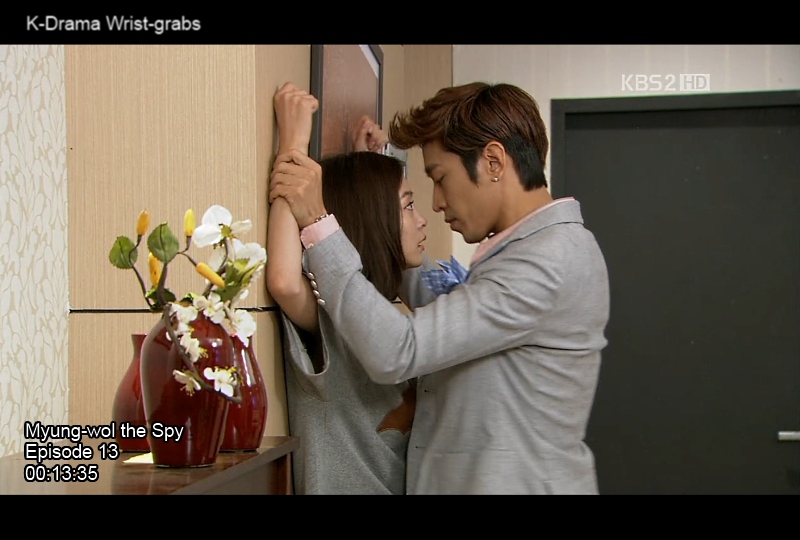 And what depresses me the most, is that even with my disgust with the wrist-grab, I still watch these dramas. Granted, I grimace whenever the wrist-grab rears its ugly head, but I don’t stop watching the drama. The sad truth is that the wrist-grab has become a staple of Korean dramas and it doesn’t look like it’s going anywhere for awhile.  Does the wrist-grab bother you, fellow Seoulbeaters? Or is this just the rant of a crazy feminist?