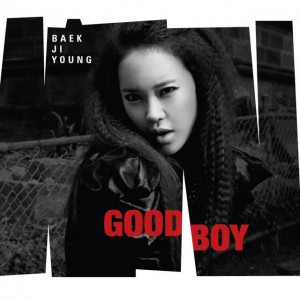 As nice as it (sometimes) is to have a wellspring of fresh new rookies tossed into the K-pop tidal wave on a regular basis, it’s always great to see a veteran singer make a comeback — especially if said veteran singer does it right.  A woman of many faces but always a diva, Baek Ji-young has largely been doing it right since 1999, and her latest mini-album Good Boy does not disappoint.  Though it is comprised of just three songs, it is a solid effort that showcases some of the best of Baek Ji-young’s talent while proving that even after all this time, she’s still got it.

Baek Ji-young is largely known as a ballad songstress and OST queen, having lent her voice to some of the most memorable OST songs in recent years, but she initially debuted as a pop idol and has released a steady string of dance numbers in the twelve(!!) years that she’s been active. However, after “My Ear’s Candy” came out in 2009, it seemed for a time that she might not return to releasing dance tracks; though her last album Pitta featured one dance track called “Bad Girl,” it all but tanked, and nearly all of her recent releases have fallen squarely into the ballad genre.

Admittedly, I thought this might be a smart call; I wasn’t the biggest fan of “My Ear’s Candy,” and even though it isn’t pleasant to admit it, there is a serious bias against age in K-pop, particularly against older singers who continue to dance in their stage performances.  Baek Ji-young is now 36 years old, and she often shares the stage with industry juniors who are half her age or even younger; whether or not she (and other stars who have passed the 30 benchmark) should throw in the towel and yield to the younger performers is often a difficult question to answer.  However, any concerns about Baek Ji-young’s ability to keep pace with the young whippersnappers should be effectively silenced by her latest single, album, and performances.  In an industry saturated with far too much of the same (can someone please explain to me the difference between A Pink, Girl’s Day, and Five Dolls?), Baek Ji-young stands out as a mature and seasoned performer who continues to develop and push the envelop with her music. 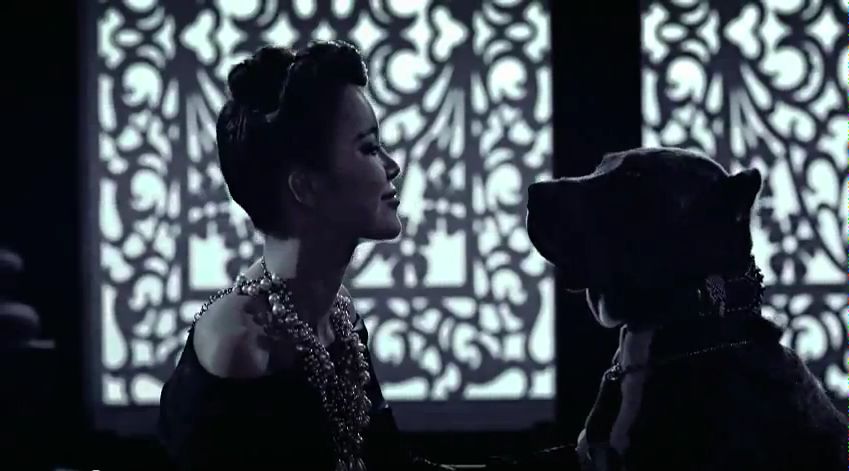 The first track off of “Good Boy” is the title track and single, for which a music video has been released. Featuring B2ST‘s Jun-hyung as the rapper, “Good Boy” is a dark, sexy, and fast-paced song that proves beyond a doubt that Baek Ji-young can go head-to-head with the best of them — and given her age and experience, the song comes off as filled with conviction.  Baek Ji-young plays her part well.  The track nicely shows off her vocals, but doesn’t skimp on the choreography.  I’m very pleased that it doesn’t feature excessive amounts of autotone (in fact, there is almost none); in my humble opinion, Baek Ji-young is one of the few singers who actually carries herself well in live performances (take note, industry juniors), and it would be a shame if the song and performance for “Good Boy” were unable to do justice to her talent.  The only slight bit of dissatisfaction with this track is that it sounds a bit too much like Britney Spears‘ “If U Seek Amy” — very similar beats and chords back both songs. 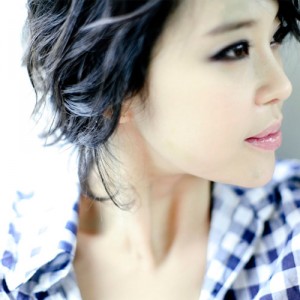 The album’s second track, “Voice,” which features Leessang’s Gary, is by far my favorite.  A smooth pop ballad, but far unlike any of the ballads she has recently released, “Voice” showcases Baek Ji-young’s impressive vocal range and is set to a pleasant background of earthy instrumentation.  A head-bopping track if there ever was one, this song would be great to drive to — if only I had a car or even a highway on which to drive it at the moment.  But what stands out the most about this song is that it isn’t a ballad or a dance track — which means that it is different, but more importantly, refreshing.  It’s nice to hear a K-pop song that doesn’t sound like… well, pretty much like every other K-pop song out there.  The more difficult it is to categorize, the better.  Baek Ji-young earns major points for this track.

The third and last track (kind of) is called “Today More Than Yesterday,” a pop-rock tune with a catchy beat.  This is absolutely the album’s feel-good song — it needs to be featured while the credits roll at the conclusion of a romantic comedy.  Another song that relies more on instrumentation than it does on the synthesizer, this and “Voice” prove that K-pop can still survive even if you pull the plug.  Given the character of the other two songs, “Today More Than Yesterday” nicely rounds out the mini-album; Baek Ji-young has provided a taste of three different styles of music, but they aren’t so disparate as to leave listeners wondering how they fit together on the same album.  This is aided by the fact that Baek Ji-young promoted herself this cycle as a rocker and not a sex goddess; if all of her promotional images had followed the image of “Good Boy,” the other two songs might have been head-scratchers.  Instead, given the heavy use of instrumentals and raw vocals, the image of Baek Ji-young as a punk rock chick are appropriate and fit all three songs.

The last “song” on the album is an acoustic version of “Good Boy.”  If this song doesn’t adequately showcase not only the versatility of the song itself, but Baek Ji-young’s own ability to adapt to diverse styles, then nothing will.  I almost prefer this to the original version — it is incredibly unique.  Including this was an excellent idea. 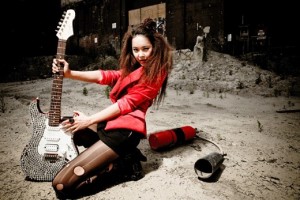 As mentioned, given the implicit discrimination that older singers in K-pop face (especially female singers), it might have been easy for Baek Ji-young to fall into a trap of trying to follow the “trends” in order to stay relevant — but it’s safe to say that she hasn’t, and that is a very good thing.  I don’t think my heart could take Baek Ji-young prancing around in a fluffy pink skirt whilst singing about oppa, but then again, such a scenario is laughable and wholly unrealistic.  Rather, she’s carved out a niche for herself in an industry that might be content to stick her in a corner with a label branded across her forehead.  Good Boy stands as a reminder that Baek Ji-young isn’t going anywhere, nor has she been boxed into the ballad genre by her past successes.

Additionally, Good Boy as an album and Baek Ji-young’s accompanying performances demonstrate (as though she needed to) that age ain’t nothin’ but a number.  It’s unfortunate to see comments expressing that she should “act and dress her age” — what on earth does that even mean in K-pop?  Nobody in K-pop acts their age — that’s the whole point of cutesy, nonsensical aegyo!  In a business saturated with girls who act about ten years younger than they actually are, it’s great to see Baek Ji-young kicking it like a mature musician.  No pretending necessary here — Baek Ji-young has been there, done it, and she’s here to do it again.  I look forward to the rest of her promotions and hope to see her perform all of the songs on the album.

How about you, Seoulmates?  Is Good Boy on your playlist this spring?