Your Company and Fans Know Best: The Babying of Idols 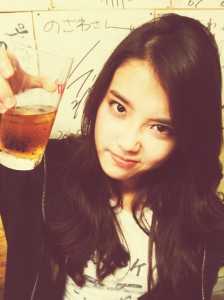 A recent photo of South Korea’s resident “little sister” IU surfaced upon the Internet, with IU looking as if she was partaking in some post-concert drinking in Sapporo. Netizens went into a tizzy after seeing what looked like their precious IU drinking alcohol. When it was later revealed that it was simply oolong tea, and not alcohol, that IU was drinking, the K-pop universe breathed a sigh of relief, and all was right with the world.

However, is the behaviour of the netizens truly warranted? Seeing that IU is of drinking age and it shouldn’t come as a shock that she does indeed drink, just like any other young Korean. However, their behaviour is simply a product of idols being pressured to acting younger than they really are.

The majority of K-pop fans seem to have adopted a parental/authoritative relationship with their idol. It is becoming more and more common to see fans assuming maternal and paternal roles, whether it be sending food and care packages, or begging their idols to get some rest when they see their idols post a tired-looking selca on Twitter. These feelings are not necessarily bad per se, but when fans scold their idols for indulging in legal drugs, like alcohol or cigarettes despite being well-over the legal age, these feelings begin to cross the  line between concern to controlling. Even though one doesn’t particularly like the fact that their idols use drugs, alcohol or otherwise, it shouldn’t be anyone’s business to control the actions of an adult of sound mind.

The coddling of idols by fans stems from a broader issue, that idols are forced into fitting the stereotypical perfect older girl/boy role model by society. They are also pressured to fit these roles and mold themselves into a younger, immature version of themselves to cater to a younger demographic, their target audience. They are constantly pressured to act like role models for their fans, despite having no direct involvement with their fans’ lives whatsoever. Anyone can aspire to be like anyone of their choosing, but they have to acknowledge that their beloved idols are not saints. These fans must realize that K-pop at its core is manufactured and to some degree, idols are the alter egos of the average humans behind them. Idols themselves are dedicated to appealing to the masses, at a visual and personal level. They must be shaped and formed into a persona that will kowtow to the desires of the general public, which in South Korea’s case, is  primarily the cutesy, or aegyo image. 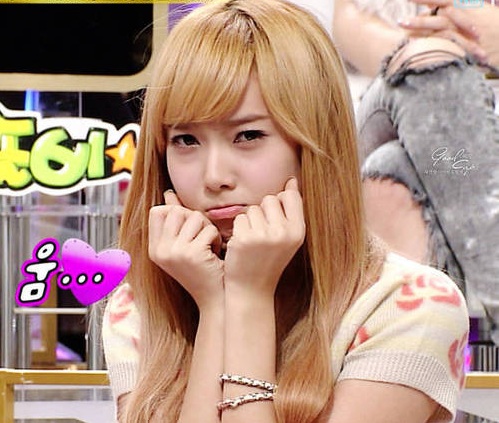 However, the main culprit hindering the maturity of idols is their companies. When they become trainees, idols usually have to break away from their families at a young age, causing most companies to assume the role of ‘parent’ along with ’employer’, especially when their trainees are comprised of minors. Some entertainment companies seem to have close relationships with their charges, but these relationships do not come before the companies’ goal of making their trainees worth the money that have invested in them. Any limitation they impose on their charges usually have to do to prevent from making mistakes that will make the company look bad.

Things ranging from dating bans to strict curfews are standard parental procedure, but becomes excessive when their idols shed their teens and become twenty-somethings. Even the rigid schedules these idols sometimes push the boundaries, causing idols to lose a sense of ownership of their lives, which should be a given once one reaches adulthood. Take the case of T-ara, who constantly pushed by their entertainment company, Core Contents Media, to become Korea’s best girl group, at whatever cost, be it emotionally, physically, or mentally. Despite having parental qualities, entertainment companies are still hardly mother and father figures towards their idols, they are to sell a product, and that product is the facade of idoldom. 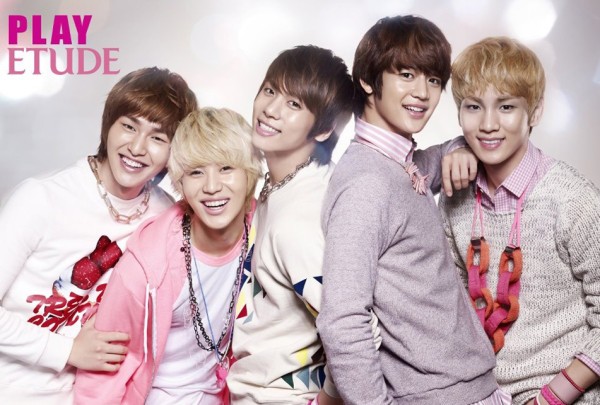 Even though we may be told that our flaws make us who we are as people, humans tend to slip into a deep desire of be perfect and utterly flawless. When K-pop fans are presented with seemingly flawless men and women who are the symbols of youth, it feeds into this desire, creating a fantasy world where youth is endless and beauty reigns supreme, a world where we can escape the reality of imperfection. K-pop fans, at a domestic and international level, are guilty of buying into the superficiality of K-pop, abetting the facade, and only making matters worse for the idols. Sure, the humans that we consider as idols choose to enter this field, but we as consumers are the detriment of what product we are given. Korean K-pop fans have the holding power to how idols are portrayed, because without demand, there is no supply. If Korean K-pop fans want superficial representations, that is what the entertainment companies will provide for them, regardless of the effects it will have on their idols.

This applies idols particularly like IU. In regards to idols who are ruthlessly promoted in the same cutesy, aegyo fashion, it may be difficult for some to simultaneously 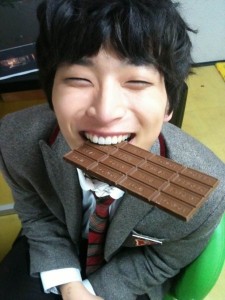 acknowledge that they are also young adults.  Therefore, the infantilization of idols is the result of being a part of a business that places a strong value on youth. With the minimum age of  a K-pop idol getting younger and younger, it’s no surprise that certain entertainment companies are trying to extend the life expectancy of their idols for as long as possible, from MBLAQ’s G.O. shaving off his mustache to ward off noona fans to constantly dressing up in fetishistic clothing, in the case of SNSD. Another tool is to use the classic hook song to entice listeners, its formula, simply add cute music, a simplistic dance, and aegyo undertones, and voilà, hook song, resulting in a surefire track of the year, to join the likes of SNSD‘s “Gee”, Wondergirls‘ “Tell Me”, and, most recently, T-ara’s “Roly-Poly.” These songs need to be devoid of substance and must only provide an upbeat and youthful mood for its listeners. It’s logical, to some extent, that a company tries to appeal to their target demographic, which are generally teenagers, by keeping them as young as possible.  But one ought to draw the line when it comes to making twenty-somethings dress up in childish and degrading fashion.

Although it is impossible to prevent young fans from viewing their favourite idols as role models, or buying into the K-pop facade, entertainment companies and society should not pressure idols into conforming to act like their young fans in order to both appeal and prevent them from imitating any bad behaviour that their favourite idols might commit. Adult idols should act their age and not have to perform the same schtick that they have been doing since their teenage years, because it is only limiting their growth as artists and human beings in general.