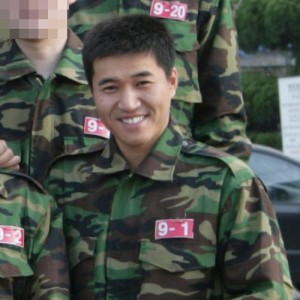 In Korea, male entertainers of the right age always seem to have an extra burden placed on their backs. It goes beyond all the woes of idoldom — beyond the crazy fans, the hectic scheduling, the lack of privacy and personal time — that have now become in the norm. This burden is one they can’t escape. This burden is the mandatory military service Korea mandates. The order demands all male citizens in Korea, given they are in good health, to serve approximately two years in the military. But male entertainers in particular have an extra worry when they go off to the military. You see, the Korean entertainment industry is very fickle and two years of absence is a long time. Basically, if you aren’t in public eye, you have virtually no relevance. So when entertainers enlist, they have to put into consideration of their careers when they come back.

Would they still have a reliable fanbase when they comeback? Would there be any more competition in the time they would be away? For groups, would their fellow members accept them upon return? These questions and more are ones that those who are enlisting think about. And these worries are definitely not in vain or implausible. Finding your footing post-military, after a two year hiatus, can prove to be very difficult, especially for those who don’t have a dedicated fanbase.

To show this, let’s take a look at Kim Jong-min. 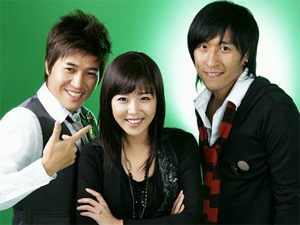 im Jong-min started out as a back-up dancer to artists like Uhm Jung-hwa and Lee Jung-hyun before finally debuting as the male lead singer for co-ed group Koyote, replacing former member Cha Seung-min in 2000. He and Koyote produced a number of hits at their time and won their fair share of awards, and he was able to make numerous public appearances. Eventually, Kim Jong-min became quite a variety personality, having a silly, pure, and submissive character, contrasting with fellow member Shinji, who due to her relative strength, was considered more masculine. Jong-min joined then popular variety shows such as Love Letter, X-Man and Heroine 6 and was an original (and currently remaining) member of still-running popular variety show 1 Night 2 Days. As a variety personality, he was able to win awards on his own, of which include a Best Entertainer Award in the 2006 KBS Entertainment Awards. 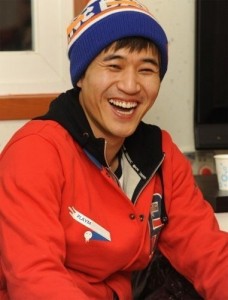 But then in 2007, Kim Jong-min enlisted to the military, leaving much of his success behind him. For two years, he basically disappeared until he returned in December 18, 2009. Immediately, Jong-min tried to regain some of his lost relevance, almost instantly rejoining the cast of 1 Night 2 Days. His return helped spark some ratings for the show among others Jong-min participated in, however that spark soon sizzled. While his return did manage to gain attention at first, his performance in said shows was not as well received as one may have hoped.

You see, when someone makes a comeback after so long, higher standard is to be expected. The public would expect to see a growth in skills or maturity. However, Jong-min failed to show these improvements. Instead, he actually showed a regression in his variety skills. In his first few days back, Jong-min failed to attract interest to himself. He didn’t talk much, he wasn’t as intriguing, and he just didn’t contribute as much as he needed to. It came to a point where a petition was made for his removal from 1 Night 2 Days. Those for it argued that he came back too quickly and should have honed his variety skills further before coming back, and that he was ruining the dynamics already set by the other men of the show present before his return. Luckily, Jong-min was able to get used to being back in variety and the general fan consensus of him improved, but his popularity now definitely isn’t the same as the popularity he used to have. 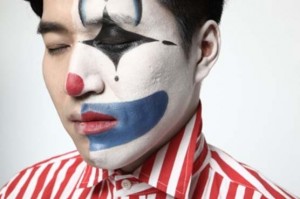 Even musically, Jong-min faced a decline. Koyote lost much of its relevance in today’s scene to newer, younger competition. Also, due to individual activities and issues (Shinji with her acting and rapper Baekga with his health issues), the group really isn’t able to come together as often and create more music. So with a lack of group promotions, Jong-min decided to try going solo temporarily, meeting only minimal success. Those who know of Koyote know that Shinji and her unique vocals are the focus of the majority of Koyote’s songs, and while Jong-min was the male lead singer, he would have trouble standing alone.

And trouble he had. Out of the two singles he released, neither was really able to take off. But it wasn’t that Jong-min didn’t have the talent to gain success; it’s just that the material he promoted sounded so outdated and irrelevant compared to the material that other artists were promoting at the time. Jong-min first released the single “Oppa Find Strength” in 2011. While the teasers and concept of this song were very well thought out, the song itself was a let down. Jong-min decided to use a pierrot concept with teasers featuring all the negative feedback he faced upon his return, and if this song was done right, it really could have redeemed Jong-min from irrelevancy and show he still had it him to perform. However, the song really fell flat. It seemed a bit too silly to be taken seriously despite the subject matter being somewhat true. And while I appreciated the trot influences of this song, an overuse of it can make the song seem a bit… cheap and a lot older than it actually is. The MV wasn’t really much better. It looked very outdated and awkward, but Jong-min’s amusing expressions could be considered a saving grace.

The most recent work Kim Jong-min has released is the single “Pit a Pat,” a collaboration with female rapper Gilme, who has gotten attention for taking part of special unit group Clover with Eun Ji-won and Tyfoon . The song itself is laid-back and pleasant albeit a bit boring. Jong-min did fairly well in executing it, though the song definitely didn’t use Gilme to her full potential. The music video of this, however, really is something else. While beautifully filmed in Dubai, the entire MV just looks amazingly cheap. The MV shows seemingly random and irrelevant scenes of Kim Jong-min’s time in Dubai that just don’t come together, varying from strolling in a desert and leading camels, to riding and partying by himself in a limousine, to skipping down farms, to watching dancers perform. Also, as if the song couldn’t look any cheaper, corny subtitles were sprinkled throughout and a montage-like segment that displayed random pictures of Jong-min posing in a park was added. Generally, the MV resembled those slideshow-like visuals of scenery you would see as backdrops during karaoke. Very bad, considering it was released only very recently, earlier this month.

Both of these releases really showed how outdated Kim Jong-min has become in terms of popularity and recent trends. Along with his decline in variety, one could say that Kim Jong-min really regressed in his time away. He exemplifies all the trouble an entertainer would have to overcome after serving in the military. But that doesn’t mean that all entertainers serving in the military or are due to serve will face the same fate as Kim Jong-min. Luckily, it is possible for one to regain their footing after leaving the entertainment scene for the time spent in the military. All the men in Shinhwa have completed the mandatory service and are still going strong, and Super Junior‘s Kangin 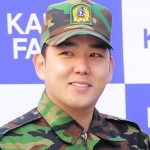 has recently returned to the Korean entertainment scene, being accepted back into the group and being welcomed by ELFs everywhere. They, among many more, are examples of entertainers who were able to regain relevance after their service.

Formidable stars Rain and Super Junior’s Heechul have recently enlisted with many more including Super Junior’s Leeteuk due to enlist as well. With their devoted fanbases, it seems unlikely they’d face a major decline in popularity as seen by Kim Jong-min in their time away, but who knows? Maybe they’ll be able to get back up as performers like the examples above, or maybe the same curse cast on Kim Jong-min could be cast on them as well. Only time will tell.

What are your thoughts, Seoulmates? What do you think of Kim Jong-min’s career post-enlistment? Was the drop in his quality really due to his time away? Leave your thoughts below. 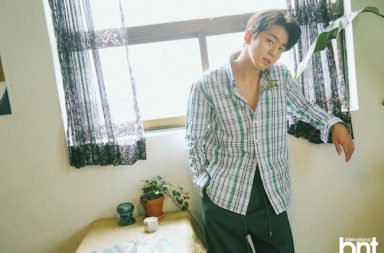