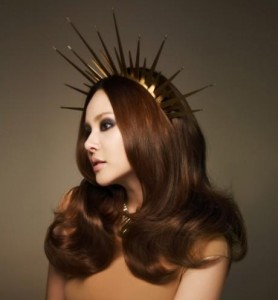 Singer Ivy is making a comeback this Friday with a ballad called “Torn Heart” as the lead track off her upcoming first mini-album, Interview. It’s been three years since Ivy has made a comeback — the last album being I Be… in 2009 — so for the benefit of those newer K-pop fans that don’t know who she is, here is the K-pop Vintage: Ivy edition.

Ivy debuted as a singer in 2005, and had JYP help produce her first album. The first single off her album was “What Happened Tonight.” The music video takes place in America; however, it is different from most other K-pop music videos filmed in America in that not everyone is a tall white girl, and there is actually a mix of people which deserves major props.  As for the music video content, it’s sexual, but not like a Hyuna kind of sexual; Ivy has a sensual style similar to that of the Brown Eyed Girls. At the end of the music video, Ivy and a guy end up on the couch about to get down and dirty and at the last moment she puts her finger between her lips and his and shhs.

Reception-wise it was all right, but it definitely wasn’t a chart-topper. What got people noticing Ivy were the other promoted songs off this album.

The next single she promoted was “I Was Stupid.” This song got really people to notice Ivy more not just because of her looks, but also for her vocals.  Even though “What Happened Tonight” was a sexy song, it didn’t really display her vocals, but “I Was Stupid” was the opportunity for Ivy to show everyone that not only can she be sexy, but she can also sing.  Quickly after “I Was Stupid,” there was “A-Ha.” “A-Ha” was more like the style of “What Happened Tonight,” but what made this song popular was Park Kyung-Lim with her parody version on X-Man.
Fast-forward to 2007. After a collaboration with Shinhwa, Ivy released her second album on February 12, 2007, promoting with “Sonata of Temptation” which samples Beethoven’s “Fur Elise.” The song was popular and won a best solo female award from M.net and the digital Daesang from Golden Disk Awards. Unfortunately, what came with the good also came with the ugly. In the same year her music video for “Sonata of Temptation” was banned because it was too similar to a fight scene between Tifa Lockhart and Loz  in Final Fantasy VII Advent Children. Even though there was a disclaimer about the similarities, Ivy’s company did not get proper permission from Square Enix for the video, hence the banning. To make matters worse, Ivy was blackmailed by her “ex-boyfriend” about a sex tape, and even though the sex tape never surfaced, Ivy’s career took a major hit which forced her to step out of the K-pop industry for a while.
Even though she wasn’t promoting, she did keep herself somewhat busy. Under the name “The Lighthouse,” Ivy penned the lyrics to SNSD’s “Dear Mom” and  SHINee’s “Last Gift” in 2008. In 2009 after a company switch from Fantom Entertainment to STOM E&F, Ivy came out from her hibernation. She teased everyone with the release of a track titled “Good-Bye Tears” ahead of the whole album release, and it actually topped several charts. Unfortunately, Ivy also opted to have “Touch Me” as her lead track for the album. With a title of “Touch Me,” it doesn’t take much to know what she is insinuating, so it doesn’t come as a surprise that three days after the music video was released, MOGEF pulled the plug on it because of the sexual references.

Another issue that Ivy had to go through was with music show promotion. Ivy was only allowed to promote on M.Net (and Inkigayo later on) because of an issue between her company and the Big 3.

Since then, Ivy has been in a legal battle with STOM E&F over negligence, which dragged from January to September of 2011, and now she is currently with a new company. On April 16, 2012 Ivy released a teaser for “Torn Heart,” and judging from the teaser, it’s going to be good. I’m not going to lie, I am a fan of hers — I even have her first two albums — and even though her third album was kind of a disappointment, this upcoming mini-album does sound promising.
What do you guys think about Ivy and her impending comeback? Any requests for future artists to be featured on K-pop Vintage?

Ivy Returns with “I Dance”