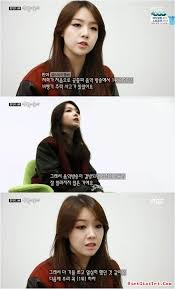 To borrow a quote I heard from somewhere, “when idols slip and make a statement that outrages the public, it is like squeezing toothpaste out of a tube — no matter how hard you try, you cannot put it back in.” The same goes for public figures like idols who say the wrong thing and cannot take it back, and are consequently crucified on the altar of public opinion.

Minah from Girls’ Day is the latest idol to receive backlash for her comments, after she talked about how Girls’ Day’s first music show win for “Female President” was overshadowed on that day by breaking news coverage of a plane crash incident (the Asiana Airlines crash in July 2013). Her comment was seen as insensitive and callous, and added a sour note to the end of Girls’ Day’s otherwise rather successful run with their “Something” promotions. It is undeniable that as a public figure, she has a responsibility to speak and act in a certain way. However, are we sometimes too harsh and too quick to vilify idols for what they say?

Minah was not the only one to make a comment about the Asiana Airlines crash that offended many people — Ivy caused a furore back when the crash had just happened by writing in a comment on her Instagram, “Inkigayo′s cutting 12 minutes because of the Asiana plane crash and I′m probably going to be cut out with a 99 percent probability. Darn.” She later deleted the post and apologised, but it was too late and she was heavily criticised for being selfish and unsympathetic, especially given that it was in the immediate aftermath of the crash.

Both singers probably did not possess malicious intent when they made their respective comments. However, what they said did offend and hurt people. Minah and Ivy are just two of many incidents we hear cropping up from time to time when public figures like them make non-retractable  comments. In the abovementioned case, both Minah and Ivy were at most, accused of being insensitive and not possessing situational awareness. However, in other cases, Secret’s Hyosung and Girls’ Generation’s Taeyeon have been accused of being a political extremist and a racist, respectively, with their comments.

To quickly recap, when talking about Secret, Hyosung made a comment that translates to “We are a team that respects individuality. We don’t force democratization.” The improper use of the word “democratization” was what was problematic. Firstly, it refers to when a country transitions from an authoritarian regime to a democratic one. Secondly, it is an internet slang used by Ilbe, a conservative right-wing online community, to mean something along the lines of “the citizens create chaos” or “to make disappear,” and netizens were quick to accuse Hyosung of being an Ilbe user aiming to spread her agenda, or at least, making light of Korea’s historical struggle for democracy. 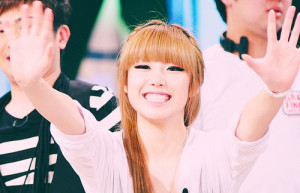 It did not help that she said it right when the anniversary of the Gwangju Massacre (18 May 1980) was approaching. In true “damned if you do, damned if you don’t” fashion, TS Entertainment released a statement defending Hyosung by saying that she meant to use the word “democratic” instead, in which case Hyosung was then criticised for being ignorant and not knowing the meaning of the word to use it appropriately. There were also calls for her to be edited out of the Infinity Challenge special that was due to air on May 18th — as we can see, the public did not take her words lightly, even if she did not mean to deliberately use the word to spread an agenda.

In Taeyeon’s case, the outrage originated more from the international K-pop community than within the Korean K-pop community. At a radio show, when mentioning Alicia Keys, Taeyeon made the remark that “for a black person she is really pretty.” Although she probably meant it in a complimentary way, her remark was taken to mean that she considered Alicia Keys an exception to the rule when it came to her attractiveness, or even that she unnecessarily mentioned Alicia Keys’ race when she could have just said “she is really pretty.” 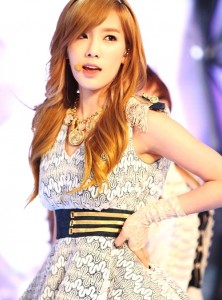 It might be worth noting that the exact translation of Taeyeon’s words differs slightly from this oft-used quote– “she is a really pretty black friend.” Without the conditional “for a black person,” Taeyeon’s remark loses most of the reason why it was deemed racist in the first place. At most, she can only be criticised for her poor choice of words that could easily lead to misunderstandings, especially considering the possibility of meanings being lost in translation, as what eventually happened.

Going back to Minah, she is neither the first nor will be the last to say something that will inevitably offend people. How then; in this age of political correctness, information dumps, and plain sensationalist reporting; do we differentiate the truly offensive and problematic from the banal? And given the ambiguities of cultural relativism — after all, the majority of us in the international K-pop community are non-Koreans commenting on the sayings and doings of idols within their own culture — how do we judge the true extent and depth of someone’s comments without the appropriate socio-cultural context? That is not to say, of course, that everything problematic said by K-pop idols can be put down to cultural differences. But one should always remember that understanding is a two-way street, and we cannot hold individual idols entirely at fault if their words are mistranslated, or if what is deemed acceptable in their own culture comes across as offensive in another culture. 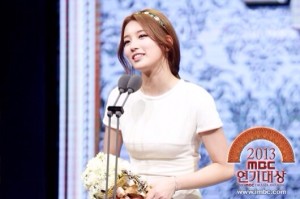 We hold public figures to a higher expectation of how and what they should say and act, especially in their public lives, as people who live in the limelight and, consequently, under the scrutiny of society. A lot of the time the comments they make and the subsequent reaction also arises because they represent certain issues that erupt into controversy given the appropriate trigger. Do I think Suzy deserved all the flak she got for her award speech at the 2013 MBC Drama Awards? Not really. While she could have done better in being better prepared to give a speech and generally being a better public speaker, a lot of the negative reaction towards Suzy arose from the general sentiment that idols were usurping the rightful places of talented young actors and actresses in dramas, among other things. Suzy was merely a convenient outlet to vent that sentiment when she unfortunately proved them right by appearing unprofessional upon receiving such a weighty honour.

I would probably say that “silence is golden” is the most appropriate adage for idols, since a majority of controversies seems to arise from idols saying the wrong thing at the wrong time. However, idols are equally criticised for things they fail to say as well, such as Minah — many feel that the least she could have done was express her condolences when bringing up the Asiana Airlines crash. Either way, as public figures who possess a degree of influence in what they say and do, who are also dependent on public favour, it is up to idols to exercise some caution and wisdom in what they say. Even Heechul, who is generally recognised for his bluntness and “tells it like it is” style, has been recognized to be someone to take lightly after his never-ending comments on his stint at War of Words stopped being refreshingly incisive and became more tiresome and sensationalist. Perhaps idols are really better off being seen and not heard, which would be a really sad literal manifestation of K-pop’s visual nature.