How Scripting is Ruining Running Man

It took almost two years and a terrible Big Bang episode for me to officially come to the conclusion that Running Man has lost its spark. The show that normally exemplifies extremely well thought out game play, organic cast interaction, and is second only to the long-established 1 Night 2 Days in Sunday ratings, has become a lackluster chore to watch. Running Man is a mere shell of the mind-blowing game show that it used to be. And the reason for that? Excessive scripting.

When it comes to variety shows, mentioning the term “script” is kind of like uttering “Voldemort” in a room full of good wizards: no one wants to hear it. But Running Man does not employ the kind of scripting that you’ll find at your favorite drama’s table read. In variety, scripting refers to things like misleading editing, exaggerated personas, and cast members who pretend they don’t know what’s going to happen in the show when they really do. It is what happens when a show attempts to create a reality that doesn’t actually exist. Not all scripting is bad. In fact, some of it is necessary for the sake of flow and entertainment. But in the case of Running Man, scripting has totally ruined the show for the dedicated viewer. 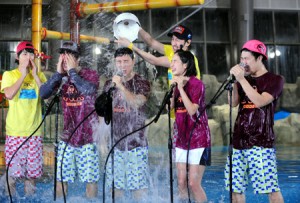 In Running Man’s early glory days, the main cast members—a hodgepodge of variety veterans and rookies including the “nation’s MC” Yoo Jae-suk, singer and funnyman Haha, and baby-faced cutie pie Song Joong-ki—split up into teams, locked themselves in huge venues, and played epically intense games of hide and seek. You could practically hear the Running Men’s hearts pound as they hid between tiny cracks in the wall, waiting for their opponents to pass by without seeing them. While the Running Men gradually established their characters and built relationships with each other, the show’s writing staff constantly experimented with different ways to make the games more fresh, edgy, and memorable.

Eventually the game shifted from hide and seek in large venues to competing in entire cities. No longer were they limited to indoors; the cast was given the opportunity to explore outdoors. It seemed as if the budget of the show increased significantly. High profile guests were invited on, and the missions began to include trips to Thailand and China, both of which required an astronomical amount of game-planning, which the staff was able to pull off to perfection. 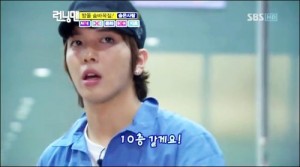 But as the show’s popularity skyrocketed, so did frequency of celebrity guests. And unlike superguests like Yonghwa, Daesung, Sunny, and Nichkhun, many visitors couldn’t hold their own in the game and relied heavily on Running Man cast members to take care of them. As a result, most of the cast stopped playing to their full potential, opting rather to let guests win undeservedly for the sake of being accommodating hosts.

Take the aforementioned Big Bang Running Man special, where the idol group faced off against the cast in a game of hide and seek. The amount of times the Running Men allowed Big Bang members to escape, all the while pretending they’d been outsmarted, was quite annoying and contrary to the point of the game. It seemed as if the show’s producers had stipulated that the Running Men refrain from catching members of Big Bang too quickly, as that would put a damper on the viewing experience of Big Bang fans.

For viewers who tuned in specifically to watch Big Bang, having Taeyang and GD escape the clutches of the Running Man seekers is fantastic. But for Running Man fans who watch the show for the games and interaction among the cast, it feels contrived and boring. Because honestly, after almost two years playing the game, there’s no reason Running Man members should lose to Big Bang, or any group of guests for that matter, unless they’d been advised to by production staff. 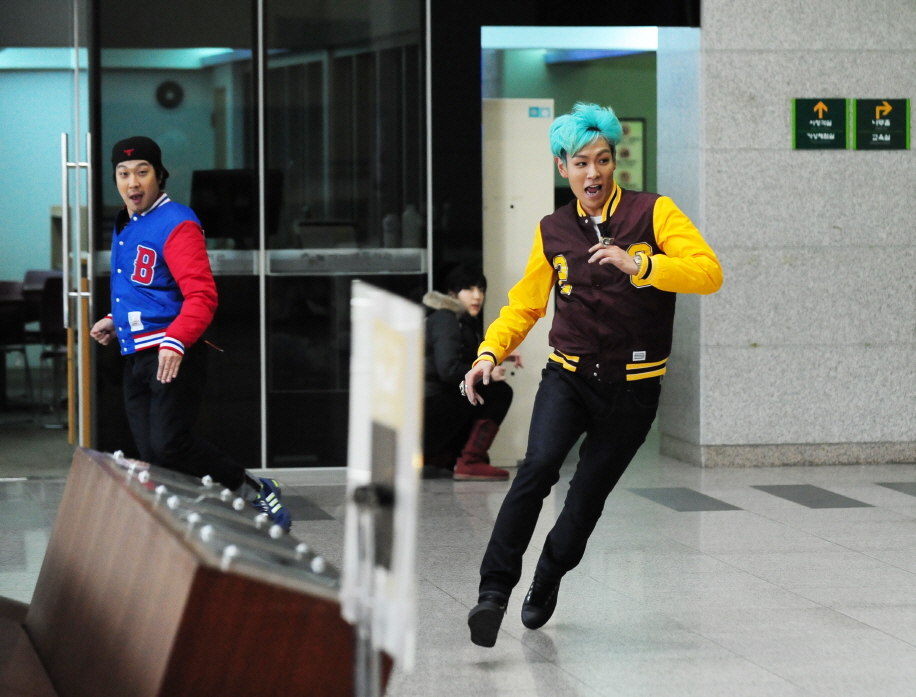 At the very core, variety shows are produced to make audiences laugh. And cast members who have “variety skills” like Haha, Yoo Jae-suk, and Ji Suk-jin, understand when to play up their reactions for the camera, when to ask ridiculous questions so that the audience comprehends the rules, and how to capture screen time. Those who don’t yet posses that variety skill, instead adopt a character that they 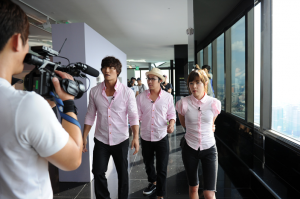 play throughout the show. For example, when rookie Song Joong-ki faded into the background behind seven other Running Man members, his solution was to take on the character of over-confident know-it-all. His character boasted of his skills for a number of tasks and of course failed at them all. The character not only delighted viewers, but also brought Joong-ki from the background to the forefront. Similarly, variety newcomer Lee Kwang-soo played the role of bumbling maknae who never won games. And first-timer Gary adopted the role of stoic layman whose sole goal was to capture the heart of female member Song Ji-hyo.

These characters aren’t given lines by the production staff. Nor are they necessarily told how to react. However, they are put in situations in which they must react in a certain way according to their characters. But the adoption of personas limits the game terribly. How is Kwang-soo expected to win a game when he’s obligated to play the role of a loser? How can Kim Jong-kook win against a group like SNSD if his character has a weakness against women? And how much longer can the production staff fool its viewers when Ji-hyo and Haha are billed as the show’s best spies? Furthermore, it feels manipulative when the editing team creates a tension in an episode that doesn’t exist during filming. Or when the games turn out too perfect considering all of the variables. Or when Yoo Jae-suk always ends up with the guest celebrity despite claims that the pairing are random. 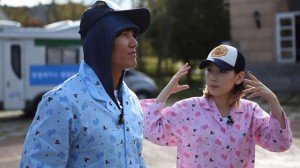 The interactions between the Running Man cast is the best I’ve ever had the pleasure of watching on a variety show. Haha and Song Ji-hyo’s cat and mouse relationship, timid Lee Kwang-soo’s interaction with fierce Kim Jong-kook, and Ji Suk-jin’s clamoring for Yoo Jae-suk’s attention all made me fall in love with the show. But so did the actual games. And unfortunately, the games have become secondary to the interactions, the guests, and the hype. Running Man must stop trying to force situations and interactions through scripting, and should rather focus on presenting mind-blowingly creative games like it used to do. When the game is good, everyone excels and the interactions won’t feel so forced.

I say all that to say this: my faith in Running Man is rock solid. I’m a long way from dropping it from my list of weekly shows. The production crew and the cast have surprised me several times and I know they’ll be able to get back to the basics. It’s all a matter of when.