The word is out: no drama comeback in Korea for Park Shi-hoo. No luck this time, and probably not for a long, long while either. For a while there, it seemed like he might just return to the silver screen in KBS melodrama Golden Cross, but his representatives reported after a day that he would not be doing the drama after all.

For those of you who followed his rape scandal last year, you’d be aware that amidst all the ambiguity and mudslinging going on, one thing was for certain: rape is immensely difficult to prove. The entire affair escalated into a trial by media characterised by he-said-she-said allegations and counter-allegations, eventually shadily resolved by a private settlement between Park Shi-hoo and the female trainee “A.”

There’s something to be said about sex scandals, which is that carry a different taint from other scandals: drugs, gambling and so on. Embedded within many a society, including South Korea’s, is a strange dichotomy between superficial liberalism and foundational moral conversativeness. I mentioned in a previous article that everyone knows everyone sleeps around, but it’s not an issue until an individual’s sexual life comes to light, which is when it becomes fodder for finger-pointing from the lofty perches of moralism. 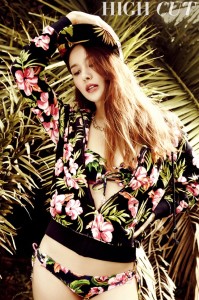 A sex scandal like Ivy‘s therefore causes serious damage to the reputation of the artist, regardless of whether he/she was the victim or not (she was). Regardless of whether or not everyone else has similar intimate relations in private, it becomes taboo when placed in the public eye, simply because these things were supposed to remain private. Their public circulation was a violation of societal perceptions of sex: as something to be kept within the private sphere.

However, the case of Park Shi-hoo goes one step further — it wasn’t just about consensual sex coming to light. It was about rape. Rape implies a brutaliser and a victim; in Ivy’s case, the scandal revolved around a tape released of two adults engaging in consensual sex. The act itself victimised neither party, and Ivy only became a victim because the tape became a tool for blackmail.

Putting aside the ridiculousness of allowing reporters access to every single text message and statement from the involved parties, the rape scandal’s portrayal in the media depicted Park Shi-hoo as, at best, someone who would sleep with an inebriated girl he’d just met. At worst, he was a victimiser and a beast. The rape scandal thus carried the taint not just of a the moral looseness associated with sexual intimacy coming to light, but of the possibility of victimisation. It would be unrealistic to expect the public to embrace him with open arms in the immediate aftermath of being associated with such a dehumanising, repulsive act.

A year on, the taint remains: the K-Netizen response to his potential casting and then his withdrawal was vicious mockery. It’s evident that the memory of the scandal is too fresh in the minds of the public, and the inevitable scenes of sexual intimacy in dramas may also be something the public is not yet ready (will they ever be?) to see Park Shi-hoo in. 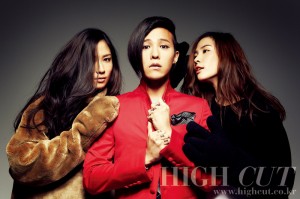 Within his own native country, Park also lacks the rabid support of A-list actors such as Jo In-sung and Won Bin, or the immoveable mass loyalty of idol fanbases. As a point of comparison: readers may recall that not too long ago, Daesung and G-Dragon suffered within the same year back-to-back scandals. These were serious criminal charges — a man died in Daesung’s DUI scandal, and G-Dragon’s consumption of drugs would have destroyed any other idol career. But as everyone knows, these aren’t just your everyday idols; they’re Big Bang, with their massive and massively loyal fanbase, the VIPs.

No such luck for Park Shi-hoo, who lacks such intense and unwavering public support in his own country. Coupled with the murky media portrayal and  of what exactly happened that fateful Valentine’s Day, it seems as though the actor will be working minimally and overseas for quite a while yet. He currently has on his plate promotional activities for the Chinese movie Scent, but not much more than that.

Park remains immensely popular in China, although some may argue that his swift return to acting activities, even in non-Korean projects, reflects a lack of remorse on the actor’s part. It would seem best to withhold judgment on his guilt and penitent spirit given our limited and factually dubious information regarding the entire scandal, but one thing we do know: now’s just not the time for Park Shi-hoo to return to the Korean drama industry.