A Shining Star in K-pop: Hyorin 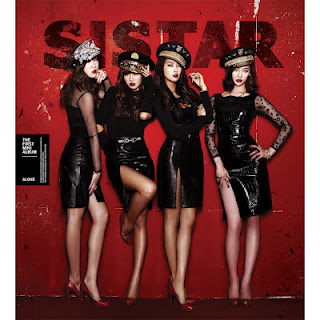 As many K-pop fans know, talent is not required to become successful in the K-pop industry. Most of us can rattle off a long list of artists in our mind that are not necessarily talented, yet still enjoy all the perks that come with fame. In fact, after being a K-pop fan for so long, I have reluctantly accepted the fact that yes, new K-pop artists will show up with zero talent whatsoever, and that yes, despite that, they will succeed. So when an artist like Hyorin, who has some of the best vocals I’ve ever heard in K-pop, pops up on my radar, I cannot help but be impressed.

Hyorin is a member of Starship Entertainment‘s four-member girl group SISTAR, and most SISTAR fans are well aware of the fact that she is responsible for at least half, if not more, of the vocals in their songs. In their latest single, “Alone,” Hyorin not only had to sing her lines in the verses of the song, but also the chorus. Earlier last year, when she formed a sub-unit with fellow group member Bora, she sang most of their hit single, “Ma Boy.” It’s not an understatement to say that without Hyorin, SISTAR would not be where they are today. 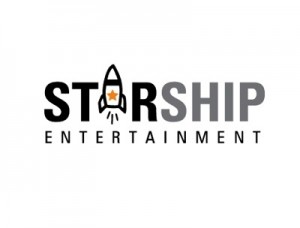 Hyorin did not have an easy childhood at all. Most people are not aware of all the health problems she suffered as an infant — she was born prematurely and was operated on multiple times for stomach problems. Despite all of that, Hyorin survived and went on to audition for JYP — where she was accepted as a trainee after her second audition. But after plans for her debut in a five-member girl group fell through, Hyorin was dropped from the label. She went on to audition for Starship Entertainment and was accepted as a trainee.

After SISTAR made their debut, Hyorin’s vocal skills were immediately noticed by people all throughout the entertainment industry in South Korea. Although she hasn’t taken on very many solo projects, the vocal work Hyorin has done by herself is some of the best solo work done by a K-pop group member. She started out by recording a song with Jang Geun Suk, “Magic Drag,” in 2010. Later on, Hyorin went on to contribute to the OST for Man of Honor with “Because It’s You,” a powerful ballad that displayed her impressive vocal range. Her most recent OST track was “I Choose to Love You” for the drama How to Love Smart 2. Once again, her signature powerhouse vocals caught the attention of many listeners.

Hyorin was also an original cast member on Immortal Song 2 from episodes one through fifteen, before leaving due to her busy schedule. While on the show, she covered all genres of music from fast-paced dance tracks to slow ballads. It’s no surprise that other cast members, including Kyuhyun and even Yoseob, were impressed with her vocal skills. Hyorin, while having a voice that is on the huskier side for a female singer, took on a variety of genres with ease on that show, and it’s easy to see her passion for music come through during her performances. Her stage presence is also incredibly impressive and everyone can tell that she truly loves performing onstage.

With so much raw vocal talent, the fact that Hyorin is not pursuing a solo career is somewhat surprising to many K-pop fans. There’s no doubt that she would succeed as a solo artist and it’s a possibility that she will consider that option in a few years, but as for right now, she still focuses most of her efforts on the projects that SISTAR takes on as a group. I actually admire that fact, because despite the somewhat-obvious talent disparity between the members of SISTAR, Hyorin has proved herself to be a loyal member of her group. There are many female K-pop artists out there who would be incredibly successful, without a doubt, as solo artists (such as Taeyeon from SNSD), but when they choose to lend their talents to a group instead, I always feel like they are putting their group’s success before their own, for the time being.

Hyorin is also known for having a rather candid personality. She was featured earlier this year on Pit-a-Pat Shake with Sungmin for a New Year’s special. The duo had to perform traditional Korean opera, and while not being too thrilled with that prospect at first, put on a very impressive performance in the end. When Sungmin and Hyorin first met each other in a coffee shop, she was quite disappointed that he was her partner in a joking manner. But once the clips of the two of them rehearsing Korean opera was released, it was easy to see that her good-natured ways put Sungmin at ease and ultimately resulted in a commendable performance.

Hyorin has been blessed with one of the best voices in K-pop and she truly knows how to use it. Her confidence both onstage and off has captured the attention of many K-pop fans. Her goofy personality seems down-to-Earth during interviews and variety shows. All in all, Hyorin has everything that she needs to succeed in K-pop. And while I respect her decision to focus more on group activities right now, I think it’s safe to say that this girl definitely has big things coming for her in the future. 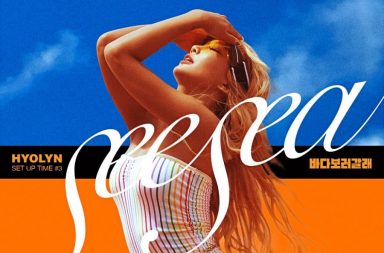