GD, TOP and Pixie Lott Aren't Left Dancing On Their Own

There have been some pretty good Kpop and Western collaborations before (BoA and Britney springs to mind) and I’m not suggesting GD&TOP’s song with British singer Pixie Lott is the greatest. However, I think it’s pretty good all the same.

I’ve already talked about Pixie in a previous article, but basically she rose to fame with soulful dance pop and when her second album didn’t quite live up to the first, she decided to try her luck over here. Undoubtedly talented but in need of a boost, Pixie saw an MV of Big Bang’s rappers and asked YG if they fancied featuring on her Japanese album. Never ones to miss an opportunity, YG agreed, and “Dancing On My Own” is the product.

I wasn’t very keen on Pixie’s original version of this, I felt it was static, lacking charisma or interest. Now, say what you like about GD&TOP, but they certainly aren’t lacking in those departments. This new version is on a whole different level. GD hasn’t sounded this sex 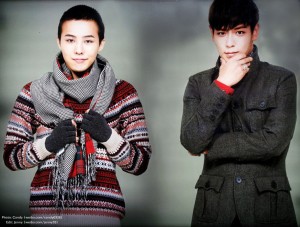 y in a long time and TOP sounds like he has been collaborating with Pixie for years. There is an ease in this song that some groups struggle to get after years; it’s a real testament to all three artists that they can sound this natural with so little experience of each other’s styles. Marty James, who featured in Pixie’s English version wasn’t bad, but he was also completely forgettable. Maybe it’s the different accents, or the distinct style, but both G-Dragon and TOP command your attention and keep it. YG idols tend to be pretty good at English, and their English was close to perfect, useful if this song transfers to European airwaves. English not Japanese or Korean rapping and singing was a wise move; a huge part of Pixie’s audience would have cut out otherwise. There is something thrilling about hearing a favourite Kpop idol sounding fluent in English, and TOP’s pronouciation was so nearly spot on. He even did a bit of singing, and his smoky voice held GD’s higher and slightly more energetic and Pixie’s sensuous voices together.

It’s more emotive and nostalgic than the last version, the overlapping voices make it sound like the song could refer to anyone, not just those three. I particularly liked GD at the end, putting his “Blue” vocals to work. Was it just me, or did Pixie sound better too? She seems to have relaxed into the music more and embraced her jazzy roots.

But that is enough fangirling; there are a few tweaks I’m itching to make. While the lyrics work fine, I would have loved the boys to write their own lyrics. It would have been a great learning curve for them, and further showcased their talents to the Western audience. Their lyrics are very good but I would have loved to see GD&TOP’s take on the chorus.  I think it would be fairer to say GD&TOP feat. Pixie Lott, but she held her own, YG did after all, call this a duet – I only wish I could see this live.

I’m guessing a PV isn’t happening, because it would be interesting to see if the artists retain their own style or if there is a K-Euro fusion. Pixie has always stuck to a rather safe wardrobe while GD&TOP…haven’t; for proof, see their current hair. 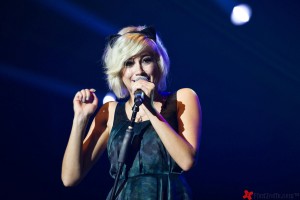 the netizens outrage has been equally muted. Most people seem genuinely pleased with the result, and while there are the usual “thumbs up if you are only here for TOP and GD/Pixie”, a lot of people are willing to further investigate the new artist. Pixie is considered a million times cooler for such a collaboration and there is new clamour for the boys to release an English album. It is pretty much what the record labels were hoping for, and better than the hate that could so easily have turned against them.

As soon as it was released I waited patiently for the trickle of Kpop atheists to beg for forgiveness for ever doubting the talents in Kpop. Well, not really, but I’m hoping this song will get them exposure. I always felt after their win at the EMAs not much was done to keep that interest, but that could change. I’ve yet to hear it on the radio, although I tried to stay tuned. If anyone has heard it do leave your comments, I’m hoping it has been played somewhere!

Unbiased Review: MOBB’s “Hit Me” and “Full House” are no Knockout