Another week, another enthusiastic round of comments!

Just in time for the New Year!

Here is our selection of five of the most insightful comments from this week:

LC on Panic at the SBS Gayo Daejun and The ELF Conundrum:

SM sells a brand and an image. Not music. I think SM’s fatal flaw and greatest attribute is they are fully aware that they are selling a group of good-looking, only semi-talented young people and  make not even the slightest attempt at hiding it. They are unabashed in their artists’ lack of artistic growth and development. But insist on a multitude of variety show, radio and MC appearances; often at the cost of their artists’ health.

SM is one of the largest entertainment companies in Korea and their groups are some of the most popular and well known in Asia and yet nary a one has been able to gain fame with a solo album release or produce a substantial amount of their own music. (see BigBang, Jay Park, and JYJ). And while SM artists may view each other as family or close friends (due in large part to the long years of training together) the company itself views them as commodities to be shaped, packaged and sold to the highest bidder, with the least amount of expense on their part. SM fans are fully aware of this. ELFs wouldn’t be in a constant uproar about the merest slight if they weren’t. And yet SM fans continue to bulk buy albums, swear allegiance to the SM fandom, and ferociously fight off all naysayers. With their sway and influence in the entertainment industry coupled with the continuing commercial success of their groups, SM has no incentive to change their business practices. However, with these business practices comes an inevitable consequence. SM groups burn bright but tend to go up in smoke. Rarely do groups stay signed with SM after disbandment or attempt solo careers under SM. And more artists attempt to sue and leave SM before the end of their contract than any other entertainment company in Korea. Debuting under SM guarantees almost instant fame and success but often at the expense of artistic freedom and personal well being. However, it’s important to note that SM is debuting a new boy group in 2012. So perhaps being famous is still more important than being free. 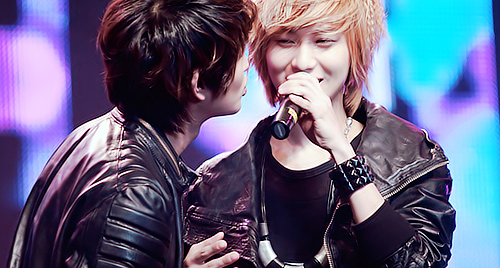 I definitely do think that the cultural differences in the perception of masculinity would be an issue in the Hallyu Wave. Roughly 2 and a 1/2 months back when I became immersed in the world of Korean pop, it had been my first time viewing SHINee’s ‘Lucifer‘, and believe me, I did not see it in a good light. I thought their attire and make up was extremely feminine, and had automatically questioned Key‘s sexuality. It was not until watching them on ‘Hello Baby‘ and learning more about the Korean culture that I could return to the video and see it with acceptance and even affection. Henry Lau (a member of SuJu M) once discussed his initial experience with the other members, saying he was extremely shocked and disliked it when the others held hands, slapped his butt and hugged him. Coming from North America, he was probably under the impression that his hyungs were all gay.

I think part of the process of becoming a Kpop fan is to shed some of that ignorance that you get from any western country’s culture: you cannot just perceive someone through their looks. Which is why, even though I am not a Jonas Brothers or Justin Bieber fan, it has become increasingly upsetting for me that they receive such cruel treatment. First of all, why is “gay” being used as an insult?! There is nothing wrong with being gay, and it certainly says a lot about the haters who have the nerve to insult male artists for – say, wearing pink.. again, it’s just ignorance, no one has a legitimate excuse for actually hating these artists.

However, the first kind of ignorance is replaced with another: your favourite idols are CERTAINLY going to be mainstream in America. That is not true. In fact, it’s sort of something that I’ve come to fear for our Kpop groups – exposure to western countries: even I can admit that overall, Kpop male idols take it to another level than Justin Bieber or the Jonas Brothers – something that would NOT be met with a lot of positivity in America. In fact, the treatment could be infinitely worse, and it’s not something that I would wish upon any of these groups. It would require a whole revamp for these idols to appeal to a western country audience, something that I would hate.

Kpop has totally changed my perspective – I LIKE it that guys can express their affection to each other and dress in feathers or leather or whatnot and it wouldn’t be considered gay. It’s a breath of fresh air. When it comes down to it, if everyone would simply stop for a second and appreciate the talent that these artists display, and not JUST the get up, the world would be a better place. But unfortunately, like I myself even did, people automatically make assumptions at first sight, and may not even look back. Lucky for me, I did, and I’m forever appreciative of Kpop. 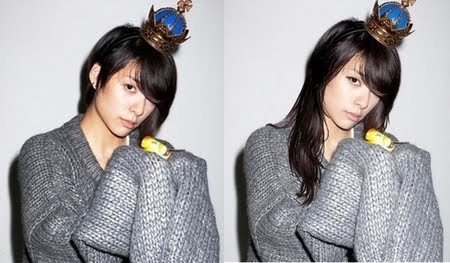 LaurenLCD on Open Letter To SM Entertainment About Henry and Amber:

I hate that Amber auditioned to be a singer and yet, simply because she’s not a soprano, she can’t take that talent and put it to real use. She’s an alright rapper, but she could be doing so much with her voice and add some dimension and depth to f(x)‘s otherwise thin vocals. Hell, ever heard of S.H.E? Selina and Hebe are sopranos of different timbres (Selina’s voice is wispy and bright and Hebe’s more full) and Ella‘s an alto (Amber in another 5-10 years). They sound gorgeous and f(x) could sound gorgeous as well if they’d just be given the right material and not SNSD‘s table scraps. Off topic, but I’ll even put a word in for Yubin in the Wonder Girls. Good rapper, but she could be singing. Not every deep and/or raspy voice needs to be a rapper. Same goes for Minho… 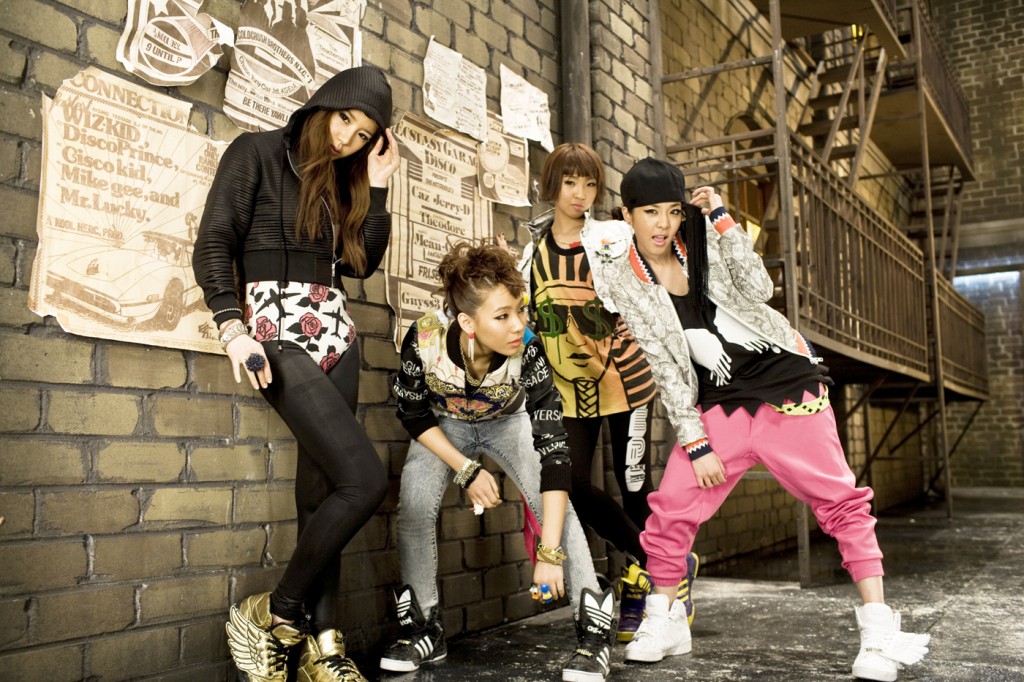 In my opinion, people are being a little over confident with their statements of 2NE1‘s success in crossing over. If you look at the American industry it really all comes down to luck. The style of music 2NE1 does is not NEW to the U.S. It may be different in Korea but it won’t be anything new here. People also seem to be focusing on their fashion but how is that really going to help them succeed when you have Rihanna prancing around half dressed (love you Rihanna) and Lady Gaga being a ballerina with sky high boots. The price tag on 2NE1’s clothing will not impress when you have someone else wearing a million dollar bra. I’m just pointing out their style because this is what their fans (not all!) seem to believe is 2NE1’s selling point.

Luck has to be by your side for someone to succeed in the U.S. There are other’s who have tried to cross over (mostly artist’s from the U.K) who have failed despite having what 2NE1, SNSD, and the Wonder Girls have. They’ve had more fans in the US, worked with the best producers in the US, collaborated with the biggest artist’s, and didn’t have to overcome the whole cultural wall that these Asian artists are facing. Chances of success in the US are very minimal for artists crossing over from other markets. It really is all about luck. WG, SNSD, and 2NE1 all have to pray that luck will choose to be by their side when the time comes.

The fact that Will.i.am is producing 2NE1’s whole album is really worrisome. If you follow his careers you would know that he has a very big list of hit’s and misses, most of the hits being BEP‘s. I wish they didn’t rely solely on Will.i.am. I can’t even find his new song on the Billboard 100,can somebody please look for me? I think my computer is messed up. 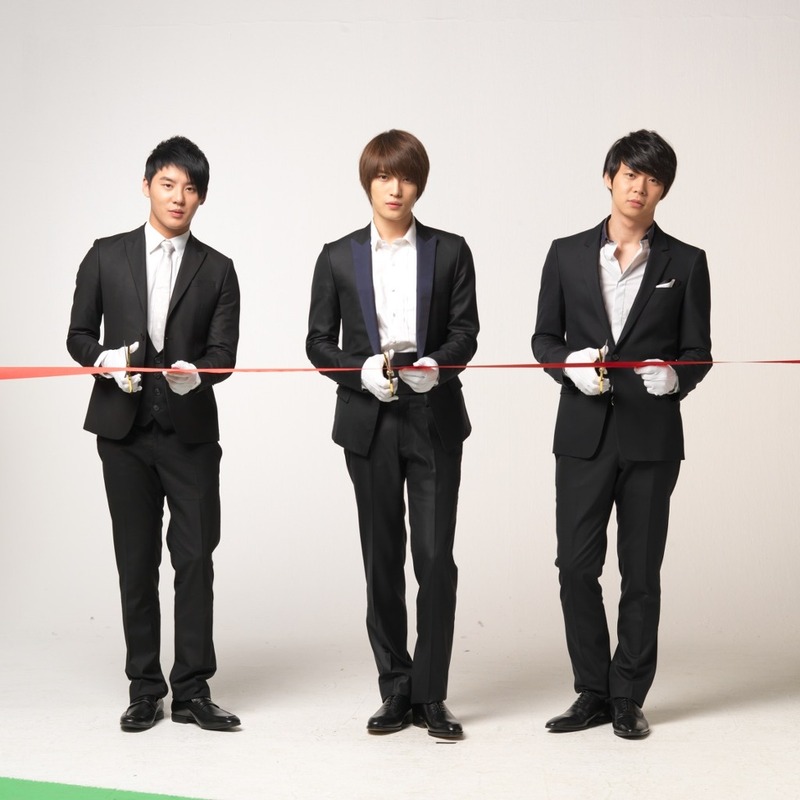 They should also fine those that failed to turn a blind eye to SM‘s bribes and/or threats.  SM may have spearheaded the interferences but broadcasting stations and other higher ups were the ones that made the decisions to block activities of the artists.  They were the ones that failed to provide an equal opportunity for ALL artists no matter what company or situation, which, I might add, is their job to do so.  In the long run, they will continue to treat artists unfairly because they can all just push the blame onto SM and receive no punishment at all.  If they continue to get fined and publicly outed along with SM and/or other head honcho entertainment company each and every time they cock-block artists, entertainers, MCs, etc., only then will the entertainment industry find some sort of balance.  The FTC still needs to step up their game.

Thanks to these individuals for being such great commenters!

Stay tuned for another Comments Of The Week, next week!