Open Letter to SM Entertainment About Henry and Amber 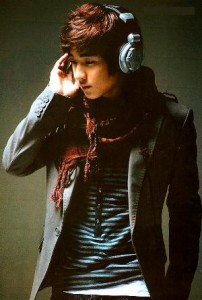 This is Gil from Seoulbeats. No, this isn’t a breakup letter, I never loved you in the first place. Rather this is a letter of request, a plea if you will.

Now your company head, Lee Soo Man has been seen as  the disliked corporate (ex) CEO, but even I cannot deny the success of SM. Though your musical compositions lately have been lacking lately, you still put out good work.

Remember Amber and Henry? Just as a refresher, Amber is from f(x) and Henry Lau is from Super Junior M, you know just in case you forgot about them– because they have been AWOL.

When you guys allow your acts to have a little bit of freedom, magical things occur. As cracktastic as “Oppa Has Risen” was, I thought it was a fun video and I liked it– more so than Super Junior’s “Mr. Simple” or SNSD’s “The Boys”. And then this gift from the heavens came.

[youtube http://www.youtube.com/watch?v=3aKocu2h5YM&version=3&hl=en_US]First of all, why the heck was Amber’s singing voice kept on the down-low? I’m going to venture and say that she has one of the best female voices in SM, at least in the top five. And all you make her do is rap? She is a good rapper, I’m not denying her talent in that area, but the girl can sing. You’re killing me here SM, don’t be surprised if I send you the bill from my therapist. 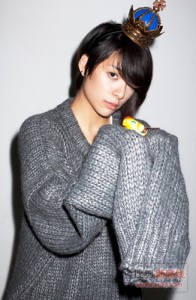 If Eunhyuk and Donghae can troll the K-Pop scene with “Oppa Has Risen” why can’t Amber and Henry be a sub-unit? They both have musical talent, and their version of Justin Beiber’s “Baby” was great too. Instead of making Amber’s androgyny her only selling point, what about selling her voice? Henry has good vocals and you full well know his musical capabilities.  This song was so beautiful, the piano and guitar worked perfectly with their voices. The lyrics were uplifting and optimistic, it has been one of my favorite things to come out of your company in a long while.

So please, you need to allow them to release an album or at least a couple of tracks. It will do you a lot of good to invest in these two, they have a solid fan base, and you know they will put out quality work.  Until then I will be sitting here, in front of my computer replaying this video and lamenting the loss of awesome, because I know my dream won’t be realized.