Double Trouble with Double Yoon: The Good and Bad

After the whirlwind that was Trouble Maker and all the controversy and hype which followed it, Cube recently shared news of a new duo headed our way. This time consisting of girls Jiyoon and Gayoon from 4Minute! 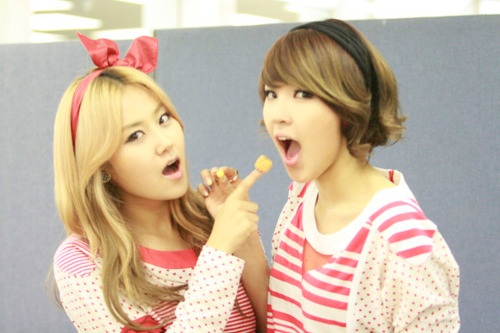 4Minute is a rather unfortunate band to be in, since it’s no secret that Hyuna has the tendency to take the spotlight away from the other four girls. Not all of it is undeserved, since despite the skepticism and criticism Hyuna is met with, you can’t deny that when it comes to performing, that girl is light years ahead of her band-mates. But let’s face it, she isn’t particularly talented at anything that’s required to pull off a song decently. And that’s where people begin to pout and whine, and complain that there are other girls in 4Minute that are deserving of a chance to shine — most often, when people refer to ‘other girls’, they’re only really referring to Gayoon and Jiyoon. The two main vocalists of 4Minute.

The two have had a few solo activities, Gayoon has participated in a number of OSTs, and Jiyoon got some major exposure when she joined the cast of Immortal Song 2. But on a whole, compared to the exposure we know Cube could have given them, it’s true that it’s not enough considering that these two are pretty much what’s carrying the band vocally. But that’s why this duo is getting people excited and why some fans have taken it to mean justice is finally being served.

That being said, although on paper this duo ticks all the right boxes, there are a few concerns. Concerns which Cube has picked up on it seems.

“Gayoon and Jiyoon’s singing styles contrast each other but also create an effect that you wouldn’t have imagined. We’re considering their musical style to be of the ballad genre. There isn’t a name for the group yet but officials of our company have begun calling them the ‘Double Yoon.”

It’s true that Jiyoon and Gayoon’s voices are almost at opposite ends of the spectrum. Gayoon does have a big voice, but it’s rather thin. Whereas Jiyoon’s voice is a lot huskier, which is why people tend to prefer her vocals. However, since Cube states they are bound to ‘create an effect you wouldn’t have imagined’, I’ll just hope that it’s a good thing and trust them on this one. Since Cube has been pretty great so far with A Pink, BEAST, and Trouble Maker.

However, I have another issue that Cube has failed to console me on, and are actually the cause of. Mainly this:

“We’re considering their musical style to be of the ballad genre.” 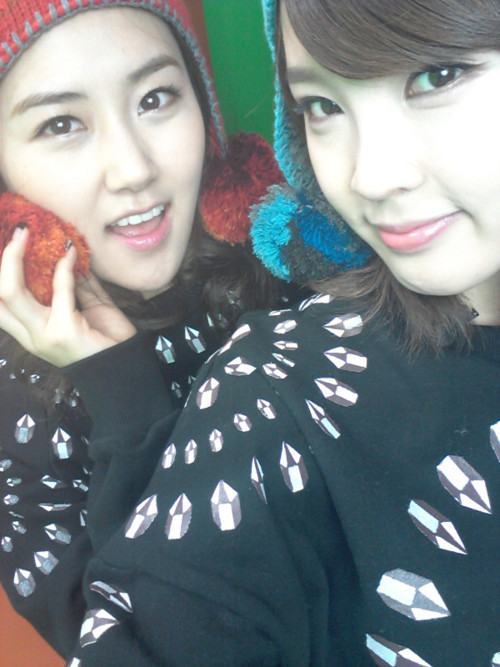 This, I have a huge issue with. This is not a good idea. And I mean this with sincerity and concern when I say that promoting as a ballad duo is going to screw these two over . The problem with promoting as a ballad group means that it’s harder for you to capture an audience, and you have less aspects on your side when you want to pull off something great. And unless a ballad has a stunning melody, or the vocals are soaring, there’s a large chance of you slipping into the puddle of ‘boring’.

Now, the thing is, Gayoon and Jiyoon do not have soaring vocals. 4Minute as a whole isn’t a particularly vocally strong group, which is why Gayoon and Jiyoon are both the only things that hold the group up vocally. The other three honestly come close to being mediocre. That being said, neither Gayoon and Jiyoon are powerhouse vocalists, they’re both good singers, but they’re easily beaten out by other main vocals. Considering the fact neither are the best when it comes to expressing themselves through singing either, I can’t see promoting as a ballad duo working out in their favour. It’s also an extremely lazy and presumptuous move on Cube’s part, to grab the two main vocalists and make them sing ballads. Not everyone’s voices shine when they’re singing slow songs, and in a lot of cases voices shine the most when they’re singing up-tempos. Jiyoon, and especially Gayoon, are the best examples of this. I mean, Jiyoon got her win on Immortal Song 2 when she sang a manic up-tempo, not a sultry mellow tune.

What I’d rather have them do is a song in the same style and direction as ‘HuH‘. But a bit more refined and clean, with more singing, and better production. Both of them rocked ‘HuH’ during the live stages, and I don’t doubt they’d be able to pull off something else in the same box, just the two of them (seeing how they pretty much sang 95% of ‘HuH’ in the first place). Plus, why not keep to the traditional 4Minute style at least somewhat? The thing with 4Minute is, the bits in their songs that actually have a semblance of melody are honestly done really well, but unfortunately their producers have to throw in a medley of unnecessary raps and noise. A lot of fans complain that Gayoon and Jiyoon’s true vocal potential aren’t being shown in 4Minute, but I disagree. Certain aspects of 4Minute’s songs suit them to a T, it’s just that it’s lost amongst all the other clutter.

And why not make them sing an uptempo, follow in Hyuna’s lead, and sell sex as welll? Basically something like this:

Either way, I’m glad that these two are finally getting a chance in the spotlight, and above anything else I’m grateful for that. Plus, Gayoon is sort of my 4Minute bias, so whatever promotion she gets is good promotion in my eyes.