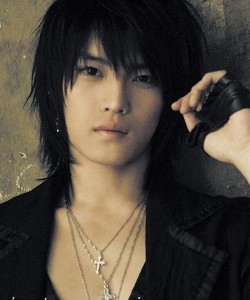 It’s a problem I’m sure every North American fan has come across at some point: the horrible, infuriating experience of having a friend or family member call your beloved idol “gay.” Offended, you’d immediately come to the defense of your bias. But it wouldn’t matter how much convincing you would try to do; your friend/relative would not be able to see the masculinity of your idol and question why you like these “girly” men. And so even you would have to take a step back and reassess your idol: you love him, he’s amazing, God took special care in creating him, he’s too beautiful for words – but is he masculine?

Well, it depends on who you ask. 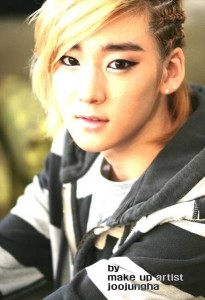 The cultural differences in the perception of masculinity and male attractiveness is something international fans are all too familiar with. In South Korea, they have what are known as “flower boys.” Flower boys are men that are fashion-forward, perfectly coiffed, often effeminate, and occasional makeup-users. And they’re hot. They’re gorgeous. They’re the absolute ideal in South K. – girls go nuts over them. Interntional fans love them, too, but their relationship with these pretty boy idols is more complicated. Let’s say you’re an interntional fan and let’s use a really famous, popular, and gorgeous flower boy for example: JYJ’s Jaejoong. At first blush, you probably thought Jaejoong was too girly, because what’s considered masculine in your culture isn’t what’s considered masculine in South Korea. You probably now think he’s as sexy as f*ck, but do you still describe him as “beautiful” or “handsome” ? Which adjective suites his facial features better: delicate or rugged? Can you tell me why? Because even though you’ve adapted to Korean beauty standards, your own cultural conditioning is still strongly present in your mind. In spite of my love for my hubby Jaejoong, I have never, ever described him as anything but pretty, beautiful, lovely, and gorgeous. He’s attractive to me, but a manly-man? No way. He’s still very much a man (I’m not one of those people that believes you need to be dripping with testosterone to be considered a real man) but not manly. Same with many other Korean idols, like SHINee‘s Key and U-KISS‘ Kevin. I absolutely adore these men but they don’t fit into my definition of manly. Do they need to be manly? No. They’re flawless just the way they are. But South Korea’s and North America’s different ideas of masculinity pose as a huge problem for the Hallyu Wave. Not only do Jaejoong, Key, and Kevin not fit into the Western ideals of masculinity, but they instead fit into the Western idea of homosexuality, which is the reason why your friends and relatives described your dear idols as “gay,” because to them, they are. And yes, this is a big problem. 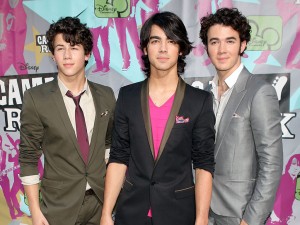 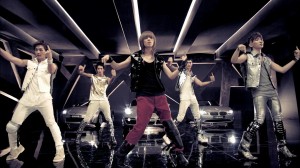 Let’s get one thing straight: not everyone in North America is homophobic. There are people that are homophobic but they are also very many people that are pro gay rights and completely, entirely welcoming of homosexuals. Still, SM would have a heck of a hard time packing SHINee as lady-killers when the boys are more effeminate than Justin Bieber and the Jonas Brothers. K-pop fans, especially Shawols, hate it when I compare SHINee and other K-pop boy bands to Justin Bieber and the Jonas Brothers (some sort of superiority complex, I imagine), but I’m not backing down. 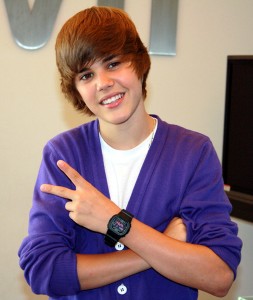 To me, Justin Bieber and the Jonas Brothers are the Western equivalent of groups like SHINee and U-KISS. Young pretty boys that sing pop songs about girls and love, dance, wear tight skinny jeans, and have hoards of die-hard female fans. You can argue about the differences in music quality but regular Westerners  that are unused to Asian music are still going to see SHINee as the Eastern equivalent of the Jonas Brothers, regardless of whether or not SHINee has better music or more talent. And so SHINee and groups like SHINee run the risk of being given the same treatment as the Jonas Brothers and Justin Bieber. Please tell me, how are Justin Bieber and the Jonas Brothers treated? Horribly. I’m not even a fan of either of them, but I feel for them. Yes, they’re world-famous and have huge fanbases and lots of money, but with this comes some pretty harsh ridicule. The boys are constantly being insulted, constantly being demeaned, constantly being given cruel treatment – especially from men their own age. I see less of this from women, but guys appear to have some sort of vendetta against Biebs and, to a slightly lesser extent, the Jonas Brothers. And one of the most popular insults for these boys is the term “gay.” I don’t agree with “gay” being an insult and anyone can tell that Justin Bieber, Joe Jonas, Nick Jonas, and Kevin Jonas aren’t really homosexuals. But they’re called “gay” because of their image. Justin Bieber is young-looking pretty boy that sings pop songs and primarily has female fans. The Jonas Brothers are pop-singing pretty boys that dress stylishly, are in a boy band, and have legions of female fans. So people label them as homosexuals out of pure spite and even jealousy. Yes, jealousy. It’s probably hard for a sixteen-year-old teenage boy to not hate Justin Bieber when he can make girls scream by just flashing a smile at the camera. 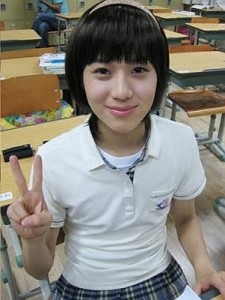 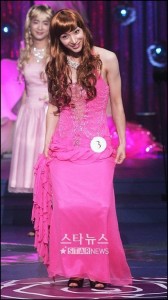 I’m going to use SHINee as an example, but this applies to many other K-pop boy bands. K-pop boy groups will have it much harder making it in the States because not only is there the language and cultural barriers to deal with, but North Americans will always perceive them as gay and Bieber-like. The past skinship and crossdressing doesn’t help, and neither does the guy-liner. SHINee could try to change their image, but their old concepts and television specials are just one mouse-click away. You can’t hide that. Also, SHINee would have a very difficult time changing their image. They still need to cater to their noonas back home in South Korea, so they can’t completely Americanize their look. Naturally, the same applies to other K-Pop bands,  boy or girl. 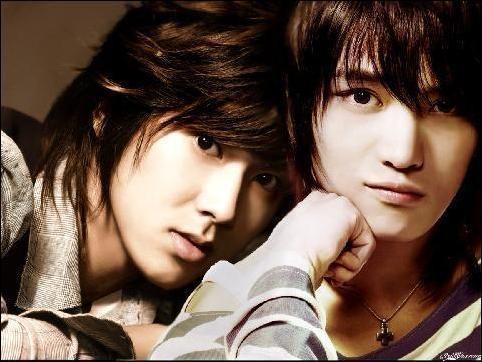 Not all Korean boy groups run the risk of being labelled and sterotyped, however. I can’t really see people calling Big Bang gay or associating them with Justin Bieber. Beyond Wonder Girls, 2NE1, and SNSD, I haven’t heard about any other K-Pop groups that are going to try to debut in the States next year, but Korean entertainment companies have a bad habit of shipping off all their groups to a country at once, only concerned with profits. I can see SM immediately putting SHINee in the States if SNSD has even the slightest amount of success.

Despite my negativity, I still have some optimism for K-pop’s branching into the West. People tend to have different standards for Asian music than they do Western music. An American boy could wear eyeliner and bright pink skinny jeans and automatically be labelled, but if a Korean boy were to do it people could just say, “Oh, that’s just part of K-Pop,” or use some cultural excuse, like “That’s how men dress in Korea. It isn’t gay there.” So I’m wondering if a double-standard would be created (if it doesn’t already exist) and people would just accept the less-than-masculine aspects of K-pop because it’s K-pop. But skinship and cross-dressing will probably never be liked, understood, or accepted. Unless it’s for gags, Westerners just aren’t into those sort of things.

What do you think of the cultural differences between masculinity? Do you think K-pop boy groups would be given the same treatment as Justin Bieber? If so, would this ruin their chances at success?