It’s that time of week again!

As always, our understanding of K-pop on this site is an ongoing discussion… from us to you, from you back to us, and hopefully onwards towards others as well. Reading the comments sections of these articles is always an enlightening experience, as you all have to offer back to us your insights from all around the world.

Here are five comments from articles this week that we felt really brought something extra to the table: 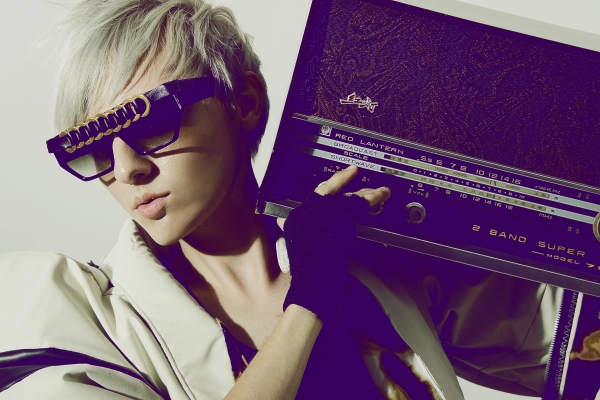 itf7 on Not Listening to K-pop: Ignorance or Choice?:

I would like to offer another perspective to the subject. What kpop fanatics/uberlovers often forget is that they are not as unique as they believe themselves to be. I was born and raised in France. The music industry is open to many different genres of different languages. I grew up listening to latino, rnb, rap, pop, rock in many different languages (Spanish, Italian, English, French, Caribbean dialects, Russian and some that I probably forgot) in the mainstream market. Internationally, American stars are recognized and they only speak English, henceforth, there exist a large amount of people who do listen to music whose lyrics they cannot understand. The international kpop community is not some kind of privileged ivy league group who are oh-so-special because they enjoy something different. There exists so many other group of people who listen to music that is foreign to them, but are able to enjoy it. They are no different from the kpop international followers.

Another point that this article really brought out is the whole holier-than-thou attitude that some kpop fans have. Calling yourself open-minded all the while putting down and discriminating against people who do not agree with you is the exact description of an hypocrite or “the pot calling the kettle black” if you will. What I believe is unfortunate about a good portion of the kpop fans is that they are so engrossed in their passion for kpop is that it causes them to throw any kind of good judgement and objectivity out of the window. As a result, they end up alienating the very people they are trying to introduce to kpop.

As we know, music companies and tv shows take something popular and use it to death and it may be true that they are using the shuffle dance for its “international appeal” but the shuffle dance isn’t popular only in Kpop. I live in Korea and you have no idea how popular the dance got with real Korean kids, teens and young adults; I’m not talking about celebrities and idols. It became a sensation. The kids really like the dance and they think that LMFAO is a fun group. I don’t think that it is about a “western lifestyle” for these kids. It is mostly about having fun and that is something that people all around the world have found in this shuffle dance.

You also mention that Party Rock Anthem was released in the beginning of 2011 and that the craze wasn’t as hot in November. Actually, it was and it still is (even though it has cooled down a bit). The popularity of the song and shuffle dancing hit its peak this past fall here. Everybody was talking about the song and music video. So it was perfect timing FOR KOREA, maybe not the rest of the world. So even though you say that international fans might have seen it as lame, well, Korea was still into it so…it makes sense that the shows were still hyping it up. Idol and Kpop culture is a reflection of current trends and this trend hit Korea hard. 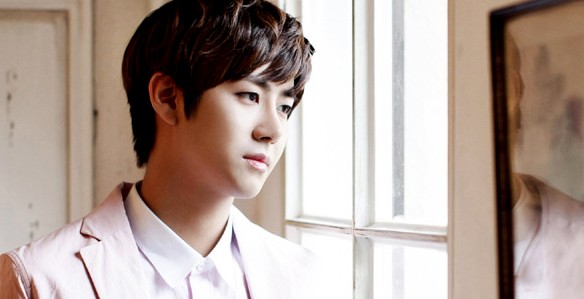 Boo on Pre-Debut Photos: Your Bias Is Showing:

I love how that plastic dude [Kwanghee] appeared in Strong Heart and admitted wholeheartedly to plastic surgery. He was quite hilarious and the positive feedback was greater than the negative. I applaud him. People are going to call you out on it anyway. Might as well own up to it. If you make it known that it doesn’t bother you if people know about your surgery then they can’t use it against you. :)

What bothers me is how people hold up this idea of the perfect beauty like it’s an achievement. It’s hardly an achievement if you were born that way. If anything, it’s your parents’ achievement IDK. Like any ideal/achievement, people will naturally aspire towards it and this is the part that I don’t get. You hold up this idea of the perfect face that everyone should admire and when people do something to try to achieve it, they get called out and dissed. Why?

We all admit that Kpop relies a lot on looks. You can’t debut if you look like an absolute troll and expect fame and love. There are exceptions but hardly the norm. There are probably a lot of talented people in the Kpop game that did not have the looks, but had the talent and the dream so they went for surgery. Because that was the only way they thought they could debut. 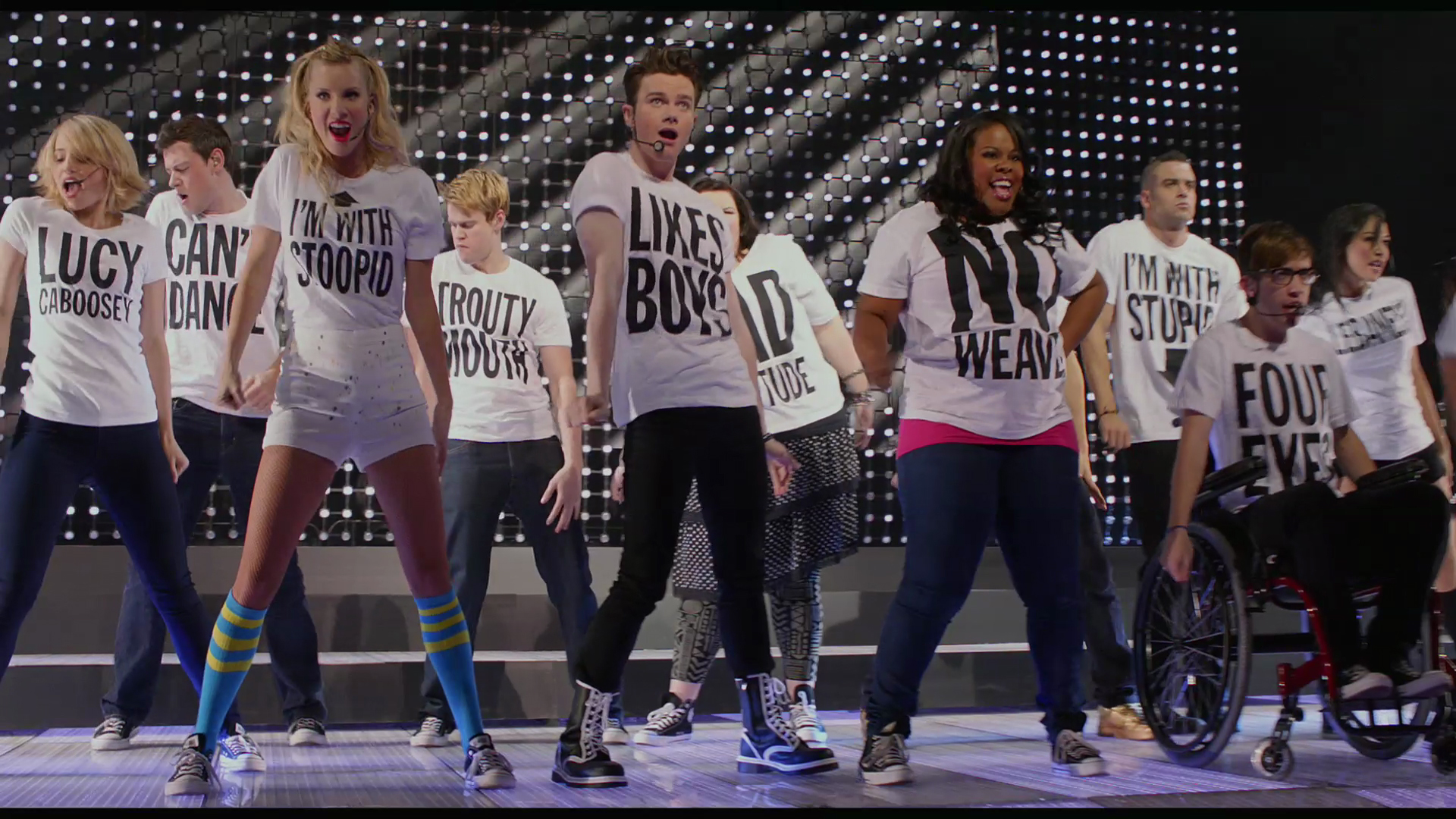 Arbitrary greay on Coming to America: SNSD vs Wonder Girls:

Re: Glee and the return of idols in America:

I went to see the Glee concert movie. It’s a completely different animal from the Kpop concert aesthetic. The appeal for Glee fans is in the perception of the ragtag band of the cast doing covers of already beloved songs, as well as the admiration for how Glee is supposedly dealing with various social issues. (I disagree with the execution, but that’s off topic.) The concert movie was only half spent on the actual performances, and many were actually truncated in favor of a documentary on fans of Glee who have been impacted by said social issues side. While an aspect of Glee appears very idol-like, (especially the way the cast’s out-of-character interactions and shenanigans) it was not on that idol aspect alone that allowed them to become popular. Having the TV show and doing only covers is a huge reason why they haven’t been dismissed as an idol group, and neither SNSD nor WG have that going for them. Now, if they could get a video of them covering something very well went viral… too bad Kpop Star is beating them on that on all fronts.

I’d also like to point out that Jpop megastar duo Pink Lady had an American variety TV show back in the day: Pink Lady and Jeff. It went nowhere, mostly because it was terrible.

I compiled a post of Asian artists performing in America pre-90s and thus pre-contemporary Kpop here. (The title of the Fabulous Echoes video is wrong. They never made the US charts, only performed in America.) And I can tell you, Ed Sullivan back in the day was much more prestigious than the likes of Letterman and Nickelodeon. Most of them had English pronunciation equalling that of WG, but the only ones to succeed were Broadway crossovers and Kyu Sakamoto. So either Asian artists need to become known in something American first like a musical, movie, or TV show, (where something other than their transplanted Asian starpower is the driving force, like a good story) or someone needs to figure out how Kyu Sakamoto captured lightning in a bottle.

Wonder Girls at the Apollo doesn’t have Hugh Hefner in it, but it still looks just as terrible. I can only hope for something as gloriously ridiculous as this and hope that maybe amongst all of the LAWL KOREA sentiment that a few more people will get hooked into the fandom.

As for SNSD, again, see the post. So many artists doing extremely high profile shows and collaborations, (it doesn’t get any better than Judy Garland, folks)  all for nothing. The driving force of chart hits in America will always be radio. No airtime, no fans. Even Dream Girls recognized that. Either they’ll have to hope some DJ somewhere takes a shine to them and starts playing their songs, (which will never happen with that turd of a song The Boys) or SM will just have to blow the entirety of their profits on payola. 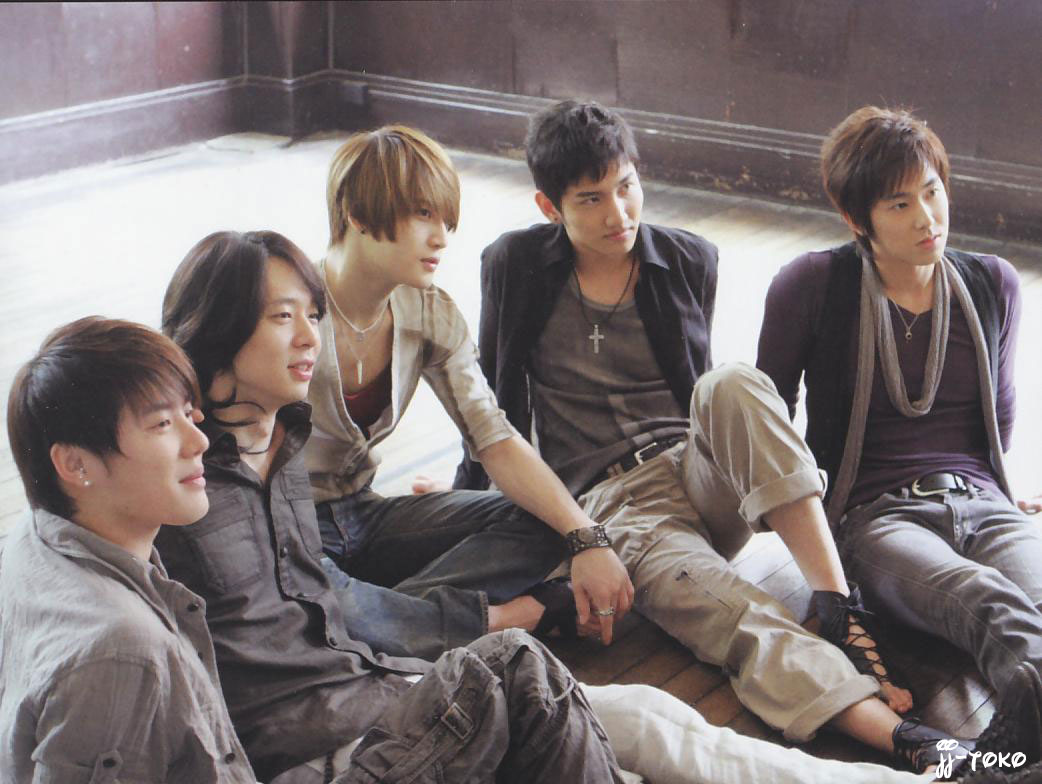 straighttohelvetica on The 101 on Crazy K-pop Fangirls:

Extreme fangirlism is just a side effect of the record companies attempts to play off the emotions and feelings of the fans. The unfortunate thing is, these girls aren’t stalking and fangirling over the company CEOs and executives, but the idols.

I think the whole fandom nickname thing kind of feeds this mess (and the related idea that fandoms are just one big happy family.) The names bug me and I get just a bit weirded out when I see people calling themselves ELFs or VIPs. Fans no longer just like certain groups or idols, they start making them a part of their identity.

I like TVXQ and me liking TVXQ doesn’t really say anything else about who I am. It just means I like the five boys, watch their concerts, listen to their songs, etc. However, identifying as a Cassie would make TVXQ a major part of how I view myself. Being a Cassie seems to come with more responsibilities than just a casual fan. Cassies have to buy ALL the concert DVDs and ALL the CDs. Cassies have to vote, vote, vote to make sure TVXQ/JYJ win every poll or survey. Cassies are sure to provide a warm welcome for the boys whenever they travel. Cassies watch out for every drama/variety show/newspaper article the five appear in, no matter how brief the appearance.

The disturbing trend for me is the sense of ownership or entitlement some fans feel for the idols that results from this. These fans devote so much time and effort wanting their idols to succeed, that they start feeling emotionally close to them. A lot of the reasons some fangirls react so strongly is because it was THEIR unnie that was “attacked” or it was THEIR oppa whom some girl hit on.

I’m not excusing the behavior, but I don’t think it’s possible for hundreds of thousands of girls to be that delusional unless they were given the same Kool-Aid to drink. The problem seems to be that the companies whip these girls up into a devoted frenzy, then lose control of the mob. The companies are no longer in charge; the fans are. It gets to a point that these girls think they have the right to tell the idols how to live their lives. Earlier last year, Jaejoong did that interview for V Magazine and he had to explain to the reporter how the fans told him he could only start dating if they didn’t know about it. And THAT was only after he’d gone online and complained about how lonely he was. Nevermind he’s a grown man and doesn’t need anyone’s permission to date.

(I’m not going near that bloody letter thing. That’s a whole different level of instability that goes beyond delusional fangirl.)

… and that’s a wrap for this week! Hope you enjoyed these comments as much as we did, and if we missed any great ones (sadly we only get to pick five per week for brevity’s sake) feel free to share them with everyone in the comments section below!