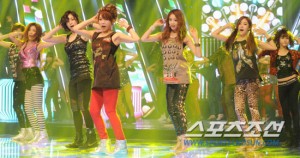 Following Subi’s article on the emerging dubstep trend, I thought it would be good to take a look at what perhaps is its dance equivalent — the shuffle.

The shuffle has been everywhere in K-pop, especially in the later months of 2011. We had the MAMA 2011 Dance Relay (a contest where  K-pop fans the world over were encouraged to film themselves shuffling with the prize of tickets to the awards show itself up for grabs), various Gayo Daejun performances, music show performances, and most recently, T-ara‘s entire dance routine for “Lovey Dovey“.

The shuffle is a form of freestyle street dancing traditionally seen at raves — in fact, the shuffle dance originated from the underground rave scene in Melbourne, Australia in the late 80s. But it wasn’t until the early 90s that this dance style experienced mainstream exposure as the “Melbourne Shuffle”. Yet, it managed to remain relatively underground for the next decade or so, with only a plethora of Youtube videos as proof of its popularity among the dance community, and didn’t fully enter pop culture until American electro-pop duo LMFAO released their hit “Party Rock Anthem” in early 2011. Part of the song’s success was its featuring of the Melbourne Shuffle (it wasn’t Australia’s best-selling single of 2011 for no reason) — but the relationship was symbiotic; with new audiences exposed for the first time to the shuffle, the dance caught on, and soon a new craze was born. 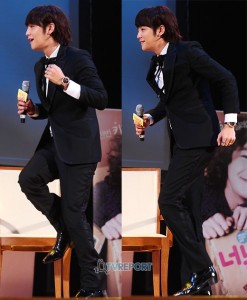 Cue K-pop. We all know that fads, trends and crazes are staples of the K-pop diet, and K-pop devoured the shuffle. It seemed as though they were saving it for the year-end specials, for (as mentioned before) there were a fair few Gayo Daejun performances that made use of the dance move, not to mention other year-end performances like the Music Bank Christmas special. The theme of the 2011 MAMAs was centred on the shuffle and its newfound global fame used by Mnet to bolster the profile of its awards ceremony, and by extension, K-pop.

And therein lies the appeal of these trends, not just the shuffle craze: the international (or perhaps just the “American”) aspect of these trends gives them a prominence that is valuable in a prestige-focused society like Korea’s. The western lifestyle is what many people aspire to, and the shuffle dance is seen as a representation of that — hence its popularity. And events like award shows and Gayo Daejuns use this to their advantage as a way to market themselves as being more “western”, which also ties in with the desire to appear more “cool” and “trendy” to attract young viewers, in the hope that all this trend-following will eventually result in more profit.

But while the intentions are aspirational, the execution leaves much to be desired. One such performance is the 2011 KBS Gayo Daejun K-pop Shuffle Remix — the highlight for me was listening to IU‘s “Good Day” being remixed. And I was sorely disappointed with f(x) — aren’t they meant to be the Dance Pop Group Of Asia or something? And that’s how they shuffle? And it’s not even like they were busy promoting! Ah, irate f(x) fan wannabe is irate.

There was also the previous night’s performance at the SBS Gayo Daejun, when After School segued from “Diva” to “Party Rock Anthem” and we got to see members of Pledis‘ upcoming boy group Nu’est take to the stage. Of course, their efforts with the shuffle were completely blown out of the water by Kahi, who just radiates pure awesome. That, ladies and gentlemen, is how to shuffle.

And the whole MAMA dance relay contest wasn’t any better — Mnet was clearly focusing on the shuffle’s global popularity in their promotions, except they forgot one thing: “Party Rock Anthem” was released at the beginning of 2011, and the craze wasn’t as hot nearing November. This is one of the main problems K-pop encounters in following trends: by the time they get around to doing so, the trend has pretty much run its course. And instead of appearing as cool, and with-the-times as it wants to be, the K-pop industry mostly plays catch-up, and to international fans especially, it does come off as a bit lame, watching people make a big deal of something that pretty much everyone else is over.

Of course, this behind-the-times feel has worked in K-pop’s favour before — the nostalgia of boy- and girl-bands has reeled in many an international fan — but I think in this case, the shuffle effort may have missed the mark. In fact, it wasn’t until “Lovey Dovey” that I was happy with a performance of the shuffle in K-pop (yes, Kahi was awesome, but it was less than 30 seconds!). But while it has experienced a reprieve under T-ara, I think that unlike dubstep, the shuffle trend in K-pop has reached its end. It’s still popular in a casual sense — a video of Jang Geun-suk shuffling with LMFAO when they met in Tokyo earlier this month has gone viral — but I don’t expect anyone to try and shuffle again onstage any time soon, and it will most likely be forgotten as newer things pop up. Perhaps one should just be thankful that that its last hurrah in K-pop is in the form of something fun and watchable.

Oh, and one last note: yes, 2PM does do the running man in “I’ll Be Back“, but the running man is only a recent addition to the shuffle dance repertoire, and is not considered actual shuffling — an example of the original shuffle step would be the move in “Lovey Dovey” when the T-ara members go around in a circle.

What are your thoughts on the shuffle craze in K-pop? 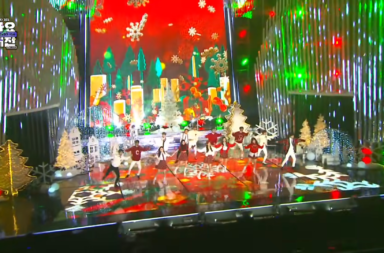