Member changes are probably the most stressful things for any group to experience. These groups are introduced to the public as this set image of personalities with talent, and fans grow attached to the familiarity of this image. They may root for the entire group as a whole, but they also tend to latch onto a specific member. That’s what makes member changes even trickier territory because a different dynamic in the group affects not only the sound and chemistry, but also the fans who may miss the former members.

A lot of groups go through this growing pain in their careers, and their success afterwards is dependent on how well they adjust to these changes. Rania joins the ranks of f(x), Exo and MBLAQ, who all went through a shifting roster this year. Adding more pressure to their comeback is the fact that they’ve been on hiatus for two years. Even though there’s a lot at stake for Rania, they handle the challenge like champs for their title track “Demonstrate.”

This is your typical upbeat pop track punctuated by horns and a touch of…cowbell? Laugh if you want, but it actually works for this song! The production could be called “safe” in terms of quality, but considering this is a comeback after a long hiatus, safe isn’t terrible. Taking a bigger risk would probably add to some of the issues of promotion for this group. There’s only so much a group can handle with a comeback, so why make it complicated with a completely new sound that may not work for them or their loyal fan base? Keeping it simple works.

In terms of style, Rania remains to be in a category of their own that isn’t overtly sexual or saturated in sweetness. They’ve never been a group to steer clear of being assertive, which comes out in their lyrics. The song is about how the ladies demonstrate their confidence — hence the title of the track — to achieve their dreams and can’t be stopped. They’re ready to show the world that Rania still rules in girl power anthems.

This is the highest place in your life
The most wonderful dream of your life
Don’t ask us to stop
Demonstrate, demonstrate 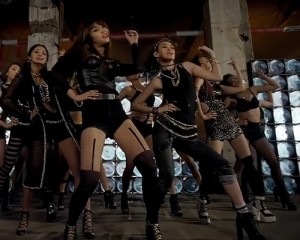 The icing on the cake for me is definitely the choreography. Rania doesn’t hold back, giving us sexy body rolls and deep lunges that don’t feel gratuitous and fit the feel of the song. There is a full confidence in their moves that you don’t get in a lot of female groups, and that’s so refreshing. Nothing against the groups with cute concepts, but how many skirt-twirling moves ending in a wink does a dance really need? I thought it was an interesting twist on that move to have Rania twirl gum around their fingers instead. They’re sending a clear message that they are not little girls but grown women who aren’t afraid to take charge.

So what possibly could be wrong with this video? Well, Rania has gone through a change of members; in fact, they have three new members: Seulji, Hyemi and Alexandra. The problem isn’t that the new members suck or anything; they actually sound quite cohesive. The issue lies with the questionable lack of presence of Alexandra, an American of mixed race, though the company has chosen to focus on mentioning she is black. I’m not getting into any discussions of how people choose to categorize her race, but I will be referring to her as “black” for the sake of this critique because, unfortunately, there are things that can’t be overlooked because of her ethnicity.

The announcement of Alexandra as a new member of Rania made waves, not only because she is a foreigner, but also because she’s black. It appeared K-pop was becoming more diverse, but questions arose immediately after the release of this video. It’s because Alexandra isn’t in it, but her voice is. 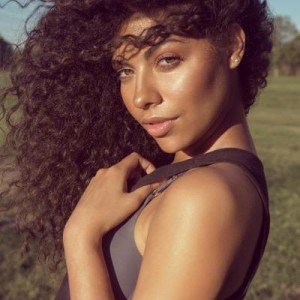 Reports of visa problems came out to explain her absence from the MV, yet DR Music had no problem flaunting her in the teaser when she was announced days before its release. It’s hard to say if this is a full case of media play since everything happened within a short period of time, but it’s clear that DR Music wasn’t going to miss the opportunity to capitalize on the attention Alexandra was bringing to the group. With the way her introduction came out, it seemed like she was fully integrated into the group, yet her lack of presence in the video and their live performances prompts more questions.

Why didn’t DR Music delay the comeback until the visa issues were resolved? Everyone knew Rania was coming back with new members, so why emphasize “Rania Five” at the end of this video? If Alexandra is part of Rania, why didn’t the title graphic just read “Rania”? At least then the visa story would hold some water, but now I’m wondering if the ink is fully dry on Alexandra’s contract. Is she an actual member of this group or not?

If Alexandra’s visa wasn’t approved, they shouldn’t have mentioned her joining the group until they had that fixed. And if they could edit her into the teaser, then they could’ve done the same for the video, so I’m not even buying an excuse of cutting her out for visa problems. DR Music used her to promote Rania, so she should be treated like a regular member. It’s not fair to Alexandra or the rest of Rania to create this stress over poor planning.

Regardless of the mishandled promotion, the video and song turned out pretty well. If anything, I sort of wish DR Music hadn’t mentioned Alexandra until she was fully integrated into the group because her addition feels out of place now. It’s not because she doesn’t fit the sound of the group, but rather it’s hard to accept a new member who is being treated like an outsider. Got7, Twice, f(x) and other groups with foreign members make it work, so DR Music needs to improve for the sake of Rania. They didn’t have to exploit Alexandra’s race for this comeback because they have a good song and strong choreography. It’s simply too bad a lot of people are talking more about their questionable marketing tactics than their music.