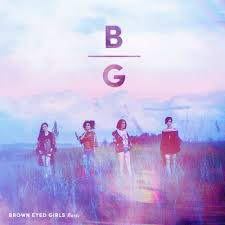 Following a two-year hiatus, Brown Eyed Girls have returned! Many expected the perpetual pushers of the envelope to give us another kick-ass song, and the title “Warm Hole” only exacerbated those hopes. And, hoo boy, did the BEG deliver on those unspoken promises.

“Warm Hole” draws its aesthetics from 1960s American culture, particularly the pop art movement. As such, there are a lot of bright colors and sharp edges. The members are clad in modified playboy bunny outfits that constantly shift between cheeky and sexy, though JeA is a one-woman explanation for the rule “red-heads can’t wear pastel pink.” The choreography leaves something to be desired in terms of complexity, but it fits the vibe. And in this case, that’s more important.

The MV has a lot of fun symbolism relating to female sexuality and women being in touch with theirs. Ga-in has the classic yet timeless apple as “fruit from the Tree of Knowledge,” which also doubles as a shout-out to her last solo release. Miryo has some fun with an oddly vaginal blender, while Narsha gets hypnotized by a record. My favorite, though, has to be JeA crawling into a tightly ringed tunnel via a dryer — a warm hole, if you will. As a whole, it’s fun, bright and smart enough to require thought without crossing into pretension.

“Warm Hole” is a retro song, drawing as heavily from the 1960s in terms of music influence as the MV does with visuals. It’s a mixture of funk and pop, kicking off with a classic ’60s scream from Ga-in. The beat is an unending stream of bounce and exuberance. The production is smooth as silk, melding old-school guitar, a bit of saxophone and the flawless harmonies of the ladies themselves. The wobbling vocals in the chorus stand out in particular for the control shown and how immediately they bring to mind the ’60s sound they’re going for.

While the sound is very old-school, the content of “Warm Hole” is squarely from the 21st century. Many fans were expecting “Warm Hole” to be another addition to the Brown Eyed Girls’ long list of sex-positive girl power song. I mean, it’s called “Warm Hole”; the options are limited. And “Warm Hole” manages to be even dirtier than one might think. No, really.

“Warm Hole” is one of the filthiest, dirtiest, most sexually explicit songs I have ever heard in my life. There are no clever allusions or double entendres here; there are only single entendres. In fact, there is a strong argument to make for “fire in the hole when you touch me down there,” also known as the chorus, to qualify as a .3 entendre. The ‘warm hole’ in question is exactly what you think it is, and it’s brought up for exactly why you think. “Warm Hole” is a playful way for the ladies of the Brown Eyed Girls to beg for a halfway decent orgasm. There is no alternative meaning to “I’m not feeling very well, so love me right here,” people. 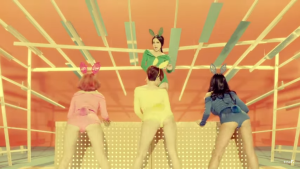 None of that is meant as criticism. Personally, I adore raunchy, explicit music; if they want to make it, I’ll sure as hell buy it. But as “Warm Hole” fights against the old double standard, it also exemplifies a rising one. The Brown Eyed Girls are symbols of femininity and female sexuality; this is another song in their arsenal about women having sex on their terms. But if a guy group released this, they’d be slammed six ways to Sunday for being crass, sexist and shallow.

For a long time, the rules of sexuality in public, and in music, were men want sex; women want love. I adore seeing how those rules are getting more and more obsolete. But, as more women release songs that are blatantly sexual, a new trend is emerging to immediately brand such works as ‘progressive’ and intelligent,’ while explicitly sexual songs by male artists face greater and greater criticism for focusing solely on sex.

“24 Hours” is classy. “Abracadabra” is classy. “Paradise Lost” is the definition of classy. “Warm Hole” is not classy. It’s more akin to “Bang Bang,” i.e. I want sex, right here, right now. It is an incredibly filthy song, vying only with “Ride Me” for the filthiest song in K-pop. And there’s nothing wrong with any of that, but there is something wrong with branding sexual female artists as role models and sexual male ones as chauvinists for songs where there is no real difference in the content of the lyrics, just the gender of the performing artist. All I’m saying is that there should be free and equal sexual expression for all, not just for one gender or the other. Sex is a natural, human experience; there is nothing wrong with it or the associated desires. 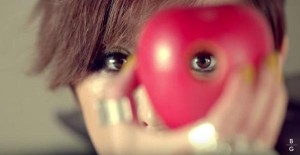 “Warm Hole” is a great song. It’s upbeat, it’s catchy, and unashamedly sexual. But the reaction it’s getting is worrisome. It’s not great because it’s sexual and by female artists; it’s a great song that happens to be sexual and by female artists.  And really, why are we fighting the old double standard if we’re just going to replace it with a new one?