Rania is back…sort of. Reinvention is the name of the game when it comes to K-pop and Rania has returned as BP (Black Pearl) Rania, with a new line up and a new song in the hopes of taking their career in a new direction. Since last year’s additions of Zi.U, Hyeme, and Alex, three new members–Jieun, Yumin, and Ttabo–have joined the group. On top of that, Saem, one of the group’s original debut members, has returned with the stage name Yina. All those changes are enough to make a person dizzy, though the group has taken it in stride in order to produce “Start A Fire.” However, changing members and names doesn’t make a comeback.

There’s a definite shift in tone between this comeback and “Demonstrate.” While the latter leans toward a sassy dance track, “Start A Fire” is a more mature, jazzy, almost ’90s sounding song.

Our girls are mad at what an ex-lover is trying to do–start a fire. When a breakup happens things can get ugly, and from the lyrics, it’s obvious that this ex is already turning the rumor mill, ready and willing to tell any and every lie that can make them look good and the girl look bad. The girl isn’t having it, however. She tells him straight up that everyone knows the real story, but she’s also realistic about the dangers of what those lies can do. A reputation is hard to rebuild once it’s been tarnished, and by spreading these lies, he’s playing “a dangerous game”.

The second verse furthers the narrative by stating that “I’m taking this like a lady, I may forgive but I don’t forget”. Here’s the plainest, nicest warning this ex is going to get. She’s handling this in the most mature way possible, but there’s also the subtle threat that things can get really nasty if the fire doesn’t get put out soon. 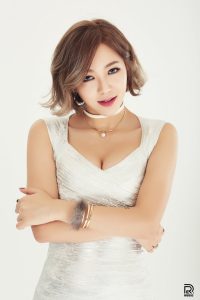 The song isn’t particularly a standout for its genre, in visual aspects or in sound. Black bustiers + heavy eye/lip makeup and boudoir shots seem to be the sign of a girl group acting mature. While the overall look works in the group shots, it’s completely thrown off by Alex’s tulle nightmare of a dress in all her solo shots (more on that later). What the video really lacks is cohesion, a story, because the lyrics deserve that much. However, a bright spot comes in the form of the vocals, Zi.U in particular. Her husky tones really make the song for me.

Now to address the brightly colored elephant in the room: Alex. As with “Demonstrate”, we see Alex for the intro and her verses, with no interaction between her and the rest of the group. Fans have offered the explanation that Alex injured her tailbone and was unable to dance in the video, though there are spaces for her in the choreography.

The biggest question mark here is why is Alex again rapping in English when she can rap in Korean? When she was first introduced as a member of the group, there were concerns that she was being used as a publicity stunt, yet when given a chance to show that she was considered a full member of the group and not just a ‘feature,’ we are again presented with the same thing we got the last time.

“Start a Fire” was a chance for BP Rania to start their own fire. With a new identity and new lineup, they had the chance to blow us out of the water with something fresh to end the year with a bang, yet still keep us interested in the face of all the pending January comebacks. Unless you were in the fandom or just happened across the news, though, then you didn’t even know about it. Furthermore, the song delivered isn’t particularly impressive.

BP Rania does not lack talent, but they are lacking the spark (and management) to take them higher. If they are going to start a fire in the K-pop world, they need to bring stronger fuel. 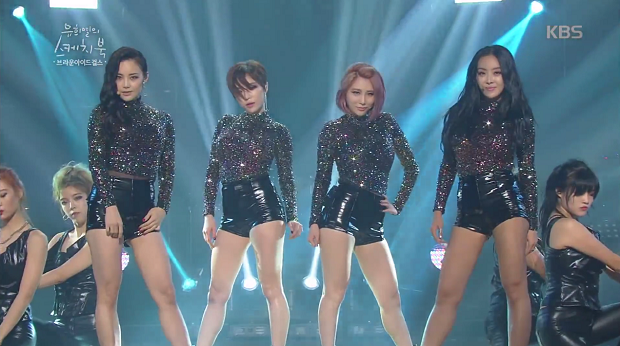