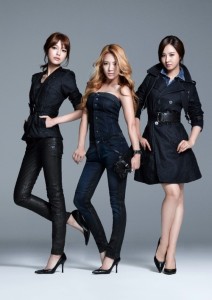 It’s that time of year once more. The time when the weather gets colder than a witches tit, I forget what the sun looks like and families gather together, only managing to not murder someone through the power of booze. Yet for all the cynicism, there is a certain magic about the holidays, a feeling that anything is possible, not matter how outlandish. In that childlike spirit, I have a list of things I want for K-pop in 2015. I don’t expect them all, but one or two would be lovely.

18) Mamamoo and/or Spica to Become Hot Properties: These groups are two of the most amazing vocalists anywhere, and they deserve some serious recognition. Make 2015 the year of vocal prowess equaling chart success.

17) Girls’ Generation-SHY: With the departure of Jessica, I’m hopeful that SNSD will branch out and start marketing the less-known members, like the dance line. Sooyoung, Hyoyeon, and Yuri need more love, and I need some new banging dance tracks.

16) Perseverance, Goo Hae-ra to be Excellent: This is the drama I’m pinning my winter hopes on. Monstar was supposed to be a joke, yet it became one of my favorite dramas ever. I need another touching showbiz musical drama in my life and I need it to be good.

15) Exo to Sing Live: These boys can sing, SM. Please let them prove it. SHINee sings live, and their routines are way harder. Just once, to put the haters in their place.

14) Minho Solo Album: For Gaya, who is a good friend, please craft a solo album from SHINee’s own rap god. For me, the ability to forget it exists.

13) Lines and/or a Solo for Soyou: Sistar is one of those groups that’s so frustrating because it has multiple great singers, but Starship acts like there’s just one. I adore Soyou. Her voice is amazing, but she keeps getting hidden by Hyorin or her duet partners. In 2015, I want her to show the world what she’s got.

12) Sign of Life from Rania: Rania is one of my favorite girl groups, but I feel like the only one who remembers them. “Pop Pop Pop,” “Style” and “Just Go” were all amazing, but their last track was released in 2013. I need some sign that they’ll release new music soon. 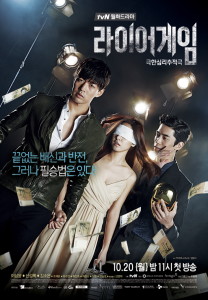 11) Season 2 of Liar Game: I have been burned by cliffhangers before, and I don’t want it to happen here. This show had the dynamite combination of great actors, a great writer, a great director, and a story that could go another season (or 5). K-pop Santa, help tvN realize the goldmine this would be.

10) Trax Out of the SM Dungeon: Right up there with Rania, I feel like Trax is forgotten about, languishing in a dark corner of the internet. They are needed to remind K-pop artists and fans what real rock is.

9) Greater Enforcement of Traffic Laws: 2014 has been a terrible year for car accidents. Sadly, though, people won’t change until they’re forced to, and that means cracking down on driving violations. I can’t bear the thought of losing another young idol in such a preventable way.

8) SHINee Comeback: Yes, Ace was great for Taemin, and I’m pumped for Jonghyun’s solo, but it has been a year since all five of SHINee’s members came back as a whole. I want to see all of them doing crazy dances like only SHINee can, and I want it now.

7) Dating Revelations: It always warms my heart when I hear about idols dating. Everyone deserves to have someone special, and knowing that my bias has someone who can help them deal with their crazy life is a comfort.

6) B.A.P. to win their lawsuit: B.A.P. made a bold move, striking back as a whole against a very crooked system. If they end up losing, my faith in humanity will be officially gone.

5) Minzy Solo: YG, get your shit together. Minzy is 2NE1‘s jack of all trades. Singing, dancing and rapping are all in her wheelhouse. Please let them out of her wheelhouse.

4) Fair Working Conditions for Idols: Related to number 6, I’d be so happy to wake up Dec. 25 to learn that abusive and questionable business practices have ended. I don’t expect it, but I’d like it. 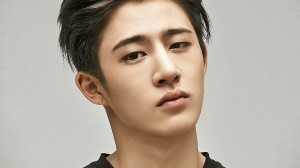 3) Kim Hanbin Under My Tree: Please? I’ve been an awfully good girl.

2) Big Bang Album: Alive is a great mini, one of those that never truly gets off my most played playlist. It’s also three years old. Face it, Big Bang is going into the army soon, and they’re not likely to come out as a whole. Just one more album, Big Bang, so we can say goodbye.

1) THIS YEAR TO BE FUCKING OVER: Let’s face it, 2014 was the year K-pop imploded. Exo, Girls’ Generation, Ladies‘ Code, Kim Hyun-joong, Z:EA, Exo again, and about three dozen more scandals happened. I expect another shockwave to hit in the last week of the year. K-pop Santa, let  the end of 2014 bring an end to the chaos.