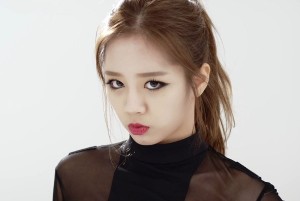 You would expect top-notch everything in one of the most important annual award functions but 2014 SBS Gayo Daejun was everything except top-notch. That doesn’t mean it wasn’t worth watching.

There is something so ridiculous about mishaps like malfunctioning mics and poor sound quality, last minute script changes, absolutely charming camera work, bland stage performances and the constant stream of apologies — from Hyeri (Girls’ Day), Mino (Winner), and Jun Hyun-moo — that it is impossible to not enjoy a poorly organized award function.

The list of winners was expected; so expected that I almost wished someone to Busker Busker it (this joke is going to haunt you for a long time) but clearly, I was asking for too much. So instead of debating on who deserved what, let me just proceed onto the performances I liked for various reasons:

When the MAMA “Problem” was solved.

SBS Gayo Daejun has always held special interest for people because of its stages involving covers of English language songs. This year we had “Strong Babies” Winner, GOT7, Red Velvet and Lovelyz performing Maroon 5‘s “Moves Like Jagger”, 15& and Kim Ji-young holding onto “Let It Go” but the cover which blew everyone away was Ailee‘s mix of “Don’t Touch Me” and Ariana Grande‘s “Problem”.

The audience was rightly disappointed by the same performance at the MAMAs but thankfully, Ailee successfully showcases her powerhouse vocals and electric charisma onstage with her pitch perfect rendition of “Problem” sans Girls’ Day.

I loved this stage. I don’t expect anything less from a duo known for its overpowering stage presence. Taeyang and G-Dragon are two idols who could spout gibberish and I wouldn’t pick fault with them because their immense confidence in the performances grabs your attention for the whole span of the stage. But despite GD and Taeyang being absolutely flawless, I will have to say that the back-dancers with their masks, beanies and whatnot stole the show, especially the women.

The dancers felt like they were an integral part of the performance and not mere add-ons subsumed in highlighting the idols.

When “Come Back Home” turned meta.

Whether real or imagined, 2NE1‘s “Crush” and “Come Back Home” seemed both like a strong battle cry against netizens and a call out to Bom. The thing is, irrespective of her singing prowess, Bom’s voice is very unique and irreplaceable. The faint strains of her voice haunts “Come Back Home” even in her absence.

Simply speaking of the performance alone, the three members slayed it. They command the stage and the audience. Their ‘strong women’ image might just be another marketing strategy but boy, do they sell it well!

Male badasses of all ages and sizes took over the Gayo with paint balls, graffiti, baseball bats, toy cars and other hip-hop shenanigans. The stage, including Epik High, Mino, Bobby (iKON) and B.I. (iKON), really set the mood for the “Hip-Hop Station”. They changed the lyrics for the song but the overall air of defiance and no-nonsense attitude was left unhampered with.

In the “Someone call the waiter” version of “Overdose”, EXO sang live. There you go, Gaya! The boys have sung live! Doing it well was not part of the deal. The mind-blowing high-definition mics caught Chen practicing off stage, Baekhyun saying “Let’s go” and other such phantom voices. D.O was very stable and I would have said great if not for the tired singing of all the boys. Tao was clearly out of it, almost messing up his flip at the end.

The performance was so bad it was good and for once, I don’t think it’s poor merit which is at fault.

If you like good ol’ sweet stages with inter group interactions, then this Christmas special version of “Mr. Chu” with A-Pink and BtoB might just be your type. There is nothing spectacular about this performance but it is just plain adorable including BtoB’s dance to “Mr. Chu”. It could have been a performance worth remembering if BtoB had sung a few more lines with A-Pink.

When “Star, You” evoked a nasally ‘aww’.

SBS knows what’s the most Yonghwa thing ever: Yonghwa sitting in a cafe, strumming his guitar and serenading his fans.

Toning down the starriness of the night by several notches was Yonghwa’s super warm and adorable special stage which had him singing “Star, You” to a select group of lucky fans. An acoustic “fan confession” song, all the profits generated from the song are to be donated through the company’s social contribution brand, Love FNC. It would be more prudent to pay AOA with the earned money but then again, who am I to advise FNC? — (Their financially and ethically aware mother.)

Brief appearances by Kwanghee (Ze:A) and Kangnam (M.I.B) made it more endearing but the highlight had to be the placards made by the fans.

When 2014 was remembered with a fitting tribute.

The night of celebration continued even as it remembered those who met tragic deaths this year namely, RiSe (Ladies’ Code), EunB (Ladies’ Code) and Shin Hae-chul. Without over-sentimentalizing their absence, SBS dedicated a video to commemorate the late members of Ladies’ Code while N.EX.T took to the stage to give a musical tribute to the late Shin Hae-chul.

The empty mic stand on the stage spoke volumes and so did the impassioned rendition of “Real World”. The beauty of the performance lies not so much in its finesse but its sheer rawness and symbolism.

The night was also witness to Tao’s instant body rolls, ceaseless 2PM, the fictional start of Minorene (Mino x Irene), Kai‘s failed attempt at gaining Jun Hyun-moo’s attention, Taeyang’s enviable and fabulous sparkly golden pants, the most important award of the night — Best Selfie — and Seo Taiji being as inimitable as ever.

But you know who wins the whole show?