The Rapid Rise of Beast: A Retrospective 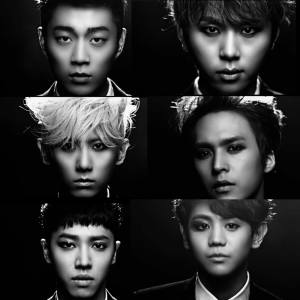 Beast’s comeback is a month away, but the anticipation is already in high gear. It’s been almost a year since Midnight Sun, which seems both torturously long and right-on-point for an established group like Beast. So while we wait this one last agonizing month, let’s take a moment to reflect on why people go crazy anytime these boys have a comeback.

It’s difficult to imagine a time when Beast were rookies, but it’s important to remember that the group is only three-and-a-half years old. However, what makes their career fascinating is the ridiculously short amount of time it took for them to shed their rookie image. By December 2010, one year and two months after their debut, Beast had released five mini-albums, were the only rookies to sell over 100,000 of said albums (combined), and held a solo concert — and they did it at a time when such rapid advancement was just plain weird. Their increasingly good songs and live performance skills combined with Cube Entertainment’s smart marketing rocketed them quickly into another level of professionalism.

Most of all, Beast came from very humble beginnings, with all members experiencing public setbacks in the music industry. Perhaps for this reason, Beast represents something more to their fans than just a music group. They’re like the K-pop equivalent of those inspirational books on failure. Beast impressed their fans with not only their talent and music, but also with their ceaseless determination in the face of failure and criticism. Even after the slam dunk success of Fiction and Fact, they still continue this ethos and upward rise through individual artistic growth, proving that “If at first you don’t succeed…”

Beast’s story begins before their debut, and it’s well known that the six members didn’t have the easiest start in the K-pop industry. All were trained with different companies before Cube, and several members had false starts — Junhyung with Xing, Doojoon as a potential member of 2AM/2PM, Kikwang as solo artist AJ, and perhaps the most public of them all, Hyunseung as a former member of Big Bang, cut at the 11th hour. Therefore when Cube announced their new group Beast, the media immediately wrote them off as a joke, calling them the “recycled” group.

In actuality, it is this exact previous experience that sped Beast’s progress artistically and is the x-factor that contributed to their rapid success. However, Beast had another hurdle to overcome before their debut: MBLAQ.

The two groups are different in image and music style, but that didn’t stop people from conjuring up a fake rivalry because both were boy bands with equally long names debuting at the same time. Whereas the general public had low expectations for Beast, they had high expectations for MBLAQ as Rain’s proteges. The result? Mediocre debuts all around. However, the one thing that Beast displayed with “Bad Girl” was a veteran’s confidence and sharpness onstage, even if they weren’t all great singers. Here is where the “recycled” experience begins to be an asset.

Beast was primed to wow us, and that’s when we got “Shock” in March 2010. It had everything: an unexpected rock-electronic sound, a catchy hook, complex dance, visually stimulating MV with lots of fire. It wasn’t the best thing ever, but it was certainly what Beast needed to catch substantial attention and get hearts pumping during live performances. Any comparisons to MBLAQ flew out the window. In quick succession they promoted “Easy,” “Special,” and “Say No” from the same album, solidifying the public’s belief in their performance skills and ability to do both dance songs and ballads.

Cube learned quickly how to promote Beast: play up their vocals. Early on they displayed an adorable, yet awkward-on-TV dorkiness, and while they’ve gotten better on varieties, this wasn’t a skill that could be counted on initially. Therefore in order to create buzz for Mastermind, Cube pre-released a digital single ballad that focused on the boys’ singing. Other groups utilize this tactic as well, but Beast has done a digital ballad release before almost every album since Mastermind, as a little reminder that they’re a group with actual singing talent. After this, they came back with “Soom,” which was dark and edgy like “Shock,” but much more musically mature. The dance was even more layered (i.e. awesome), and their performance ten times better. By this point — October 2010, one year after debut — Beast had established a firm foothold and got rid of the negative “recycled” image.

Here’s where things became critical in shedding their rookie status: In a year-end push, Beast released Lights Go On Again with title song “Beautiful” in November 2010, held their first concert Welcome to Beast Airline at the beginning of December, and released My Story at December’s end. Phew!

Here is why each is important: “Beautiful” was their first real attempt at showing a different image beyond the smoldering beastly look, and for the most part it worked. Due to their strong prior releases and well-rounded follow-ups, “Beautiful” appeared as an exploration rather than them being image-confused. Concerts usually come later in a group’s career, though admittedly this trend has been changing recently. Needless to say, at the time, Welcome to Beast Airline was a huge milestone marking their rapid success. Finally, My Story was a mini-album consisting of the group’s self-composed duets, showing that every member was taking some part in music composition, which is again indicative of a non-rookie group. With so many big activities it was hard to call them “rookies,” even though they still technically carried the label.

This is all before Fiction and Fact, which is regarded by many as one of the best albums of 2011. The title single “Fiction” is subtle and mature, and the album as a whole exhibits a lovely cohesiveness. I really can’t say anything about it that hasn’t been said before, since no doubt this album is considered Beast’s best work to date.

After that, Beast had their first big break from the Korean music scene to expand their presence in Japan, do an international tour, and work on a multitude of solo projects, including Hyunseung’s very popular “Trouble Maker” with HyunA. These endeavors seemed to contribute to the group’s 2012 release Midnight Sun, which was an album of greater musical variety than their prior releases. It wasn’t as mindblowing as Fiction and Fact, but there was a lot of experimentation that showed Beast’s continued musical growth, particularly with Junhyung. The music video for “Beautiful Night,” however, left a lot to be desired as it seemed like Beast was following trends. The MV was perhaps the first wrench in their upward expansion, but not a total flop due to the music quality and their live performances.

Let’s slow down the praise-train for a moment. Obviously, Beast is not perfect musically and not every song they’ve done is fantastic, especially when they first started out. They are also no strangers to controversy. (We’ve discussed separate incidents here, here, here and here.) However, despite the rocky start and questionable stunts, what Beast managed to do that was so impressive was reverse expectations blindingly fast, but in the most logical way possible: by releasing good songs, then topping those songs with better ones, effectively making them the group to rely on for quality K-pop.

The reason why Beast rocketed to stardom was because they weren’t rookies at all when they debuted, allowing them to hit classic milestones faster. Though fast, their incline seemed natural for where they were artistically, instead of forced. Combine this accelerated success with their very public pre-debut failures, and Beast became the exciting underdog success story, built on talent and hard work. Sure, it might sound a little too romantic for an industry riddled with problems, but that’s why they’re a phenomenon. 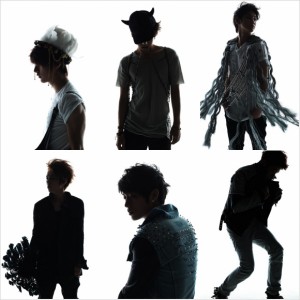 Since Midnight Sun, we’ve seen another continued stream of solo work from the members, with Yoseob’s lackluster solo debut, Hyunseung and Dongwoon’s musicals, Junhyung’s producing madness, and Doojoon and Kikwang’s regular TV appearances. They’ve been working steadily, expanding their horizons, making money, but not wowing us as they do when they’re a unit. It’s time to bring the Beast back. Cube has promised a promotion extravaganza in July, and they’ve already released the good ol’ digital single ballad to whet our appetites.

What can we expect from Beast this time around? Whatever it is, their history has proven it will be anything but boring, and quite possibly spectacular.