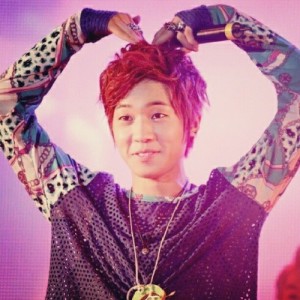 Imagine this scenario: a K-pop idol is being interviewed on a variety program and the host asks, “What is your ideal type?” All the fans watching are on the edge of their seats waiting to see if they fit the idol’s description. The idol smirks, looks straight into the camera and says, “My fans are my ideal type.”

If you spend enough time in the K-pop fan community, you’ll eventually run across this kind of idol behavior. It spans across groups and is both incredibly endearing and completely perplexing. I’m talking about the idea that fans are actually “dating” their favorite K-pop group. There are lots of ways K-pop idols create more intimate connections with us; everything from fan names, to songs dedicated to fans, to talking to fans in ways normally reserved for people dating each other. The result for fans is an emotionally confusing connection to people they may never even meet in person but that feels like a real relationship.

Idols use fan club names as a way to communicate more personally with their fans. When idols refer to their fans they don’t just say “our fans,” but rather use the specific pet name designated for their specific group, be it Hottest, Baby, Starlight, Angel, or Cassiopeia. The more “girly” the fan name the more it gets used as a term of emotional endearment as opposed to a simple description. Angel and Baby are two examples of fan names that are also common pet names in the West, which makes it even more difficult to separate the emotions that get invoked when being called “baby” by your real life boyfriend versus your K-pop bias. 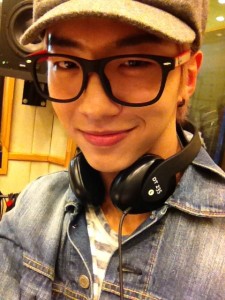 An example of this occurred during the B.A.P concert in the Washington DC. While I’m not usually one for overly fan girl behavior, it was hard to keep my composure when Bang Yongguk said “What’s up, my Babyz?” into a microphone in his gravelly voice. Although this is a personal example, it is one that applies to the situation as whole. If fan names weren’t designed to sound endearing and weren’t used as intimate pet names there wouldn’t be an emotional reaction to statements like this. It becomes a collective consciousness of sorts for fans that identify as a Baby. Every fan feels like the idol is talking to them personally instead of referring to a fan group that includes thousands and thousands of people.

Releasing a song that is specifically dedicated to fans is another way idols keep the connection between themselves and their fans strong. There isn’t necessarily a song like this on every album but when one is released it is sure to be popular among the more die-hard fans. Some examples of these songs by boy groups include “Angel” by Teen Top, “Eternity” by U-Kiss, “You’re My +” by MBLAQ, and “Starlight” by VIXX. These songs aren’t just about being thankful for fan support though, they are written as if they are to a special lover. Essentially, these dedications are love songs written specifically to appeal to the fan group’s romantic emotions.

Now for my personal favorite of the idol intimacy creators: dating language. Phrases like “my ideal type,” and “my girlfriend,” and “don’t cheat on me,” are used by male idols on a surprisingly common basis when talking to or about their fans. First of all, the idea of dating an entire group of guys is unrealistic when considered critically, just as a small group of guys dating thousands of women is unrealistic. Nor is there any way for all the fans to be one idol’s ideal type, because let’s face it there are many types of people around the world that love K-pop. Would I like to believe that I am B.A.P’s Youngjae’s ideal type? Yes I would, but that doesn’t make it true.

As for “cheating,” this comment comes up a lot when a K-pop group is going to be traveling or has just finished a promotion. Instead of simply saying “please stay our fan” male idols will say “don’t cheat on us” in a romantically suggestive way. This is one of those phenomena specific to K-pop that will always be a little confusing for new fans. In Korea especially it is expected by fan clubs that you will be a fan of one group and that you won’t support any other group – or at least won’t support other groups as much as you support that one special group. A recent example of this was B1A4’s release “What’s Happening?” which was supposedly written by Jinyoung about how he felt like the group’s fans (BANA) were cheating on B1A4 with other groups during their down-time.

In the end it isn’t the fact that idols do these romantic things that is interesting, but rather the reactions from fans. As mentioned earlier, I have experienced the phenomenon of losing my cool over affections from an idol group, so do not mistake my analysis of this behavior as criticism. It is difficult to even classify these feelings because the realm of “dating” a K-pop idol is a unique one. To call it love is partly accurate, because it does feel something like that, but to say that you are “in love” with someone you have never met in person seems naïve at best. 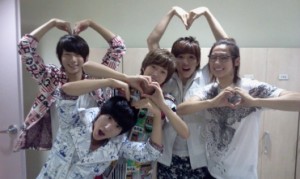 Why do idols go to great lengths to create this form of intimacy with their fans? Is it all a marketing scam created by the companies to suck more money out of us, or do K-pop idols truly feel a sense of connection with the fans that show them love and support? It is probably a combination of both. While there is no doubt that idols are grateful for the support they receive from dedicated fans, they also give up their privacy and personal lives to keep up the illusion of “dating” the fans. We all know this is a big factor in the “no dating” policy for idols, there is no use denying that they don’t stay single because they love us.

A side effect of this unconventional love, though — if it gets serious enough, it can become a negative impact on a fan’s real life relationships. Although it may not be common, there people whose love of their favorite idol will overshadow any real-life romantic relationship they may have. It is difficult to commit yourself to someone when your heart is secretly devoted to someone else, even if that person has no idea who you are. As much as many of us international fans would love to fly to Korea in hopes of meeting our bias and marrying him the likelihood of such a situation happening is slim to none. 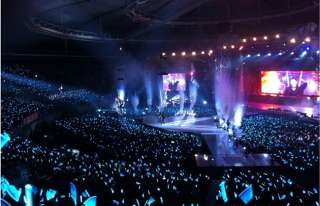 So why hold onto this unrealistic love for idols? Because they give us every reason to stay. The devotion idols show to their fans, especially early in their careers, is genuine enough to cause emotional bonds to form. From the get-go fans are told “I love you,” “I miss you,” “let’s be together forever,” and referred to as a girlfriend of a group, which when repeated often enough begins to feel true. In the end, however, this love for idols is more of a one-sided love where the fans pour their hearts out to idols and stay devoted to them despite the lack of real life reciprocation.

Are fans satisfied with that? No, not always (which might be why there are sasaeng fans) but for the most part fans are content to express their love for their idols through gifts, donations, and time rather than through personal affection. I believe that idols do appreciate the fan’s love, but I don’t think they truly love us in the romantic way they imply through their staged words and actions. This style of “love” has its own gratifications, so there is no reason not to be satisfied with what we have, but that doesn’t mean fans can’t dream of more.

What are your experiences with this type of K-pop love, readers? How do you control your feelings for idols?