Variety shows have a pretty niche role in idoldom. They are used by idol groups to stay relevant and sell a supposed new, “real” or relatable side to themselves. We’ve discussed before how this has its benefits and disadvantages for idols, and how questionable the reality of these shows are due to scripting, but is showcasing idols really all the purpose these variety shows have? Sure, they are forms of entertainment and comedy, but why doesn’t the West have similar shows, or if they do, why aren’t they as popular or important as Korean variety? The idol aspect of these shows is a blatant factor in these shows’ popularity, but they go beyond just being showcases for idols. They are a cultural export in their own right, and an aspect of Hallyu that, while not as major, shouldn’t be overlooked.

As mentioned in Dana’s previous article, Hallyu is a major source of pride for Koreans. Being major cultural exports of Korea, idols often are obligated to be representative of their culture. They are often used in tourism campaigns and other projects promoting Korean culture, attempting to show an idealized version of their home. Dramas, similarly, show a very optimistic version of Korea. 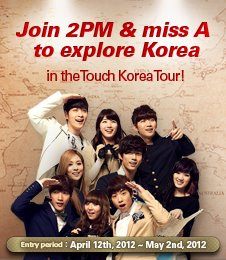 If anything, Korean variety shows provide an even better look into Korean society and are even more representative of it. While the perception these shows give is still heavily idealized, they provide the best look and representation of Korean culture an international fan can get without actually going to Korea themselves.

While they are great sources of laughter and amusement, Korean variety shows are educational as well. In these shows, even unintentionally, Korean traditions, cultural roles, food, language, and customs are revealed to the audience. To foreign fans curious about where their idols live, this can be very intriguing.

Besides being the residence of all their favorite idols, seeing the rose-tinted presentation of Korea these shows offer would give an average fan all the more reason to visit Korea and learn all the more about their culture, and while the fan may ultimately not have their expectations met, their effort would still help better the Korean economy and by extension, the Korean entertainment industry as well. Needless to say, the industry prizes this aspect of Hallyu as well, as while idols or dramas may be the catalyst and the one to spark interest, ultimately, these shows may be able to get fans over the edge and follow what the industry is selling to them.

All these variety shows all present different aspects of Korean society. In shows like Running Man and 1 Night and 2 Days, various places of interest are highlighted and explored, always being presented at a positive light. Whether they are being explored through a mind-boggling game of hide-and-seek or through the various antics and adventures of the cast members, the tourist site is being exposed to the viewer in the best way possible. Family Outing similarly featured prominent areas of Korea, but also exposed to international fans what a common (or not so common) household was like and what chores common people normally do.

Also, while idol filled, Invincible Youth prominently featured the countryside and its harmonious, rural charms. Maybe unintentionally, but with the abundance of elders, the show also introduced the importance of age and seniority to fans who weren’t aware of or experience these cultural norms. Especially in its second season, the show was able to vaguely cover wildlife and animal as well, to those who were curious. Also, while its perception is very idealistic, impersonal, and kind of unrealistic, We Got Married was not all fanservice as it helped show how the idealized Korean couple should function, from how their dates are like to acceptable behavior for couples. Also, the show covered gender roles in Korea, showing what is expected from both males and females in not only a relationship, but society as well. 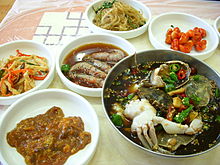 Another factor showcased in all of these shows is something blatant and very important: the food. From the food preparation showed in Family Outing, Invincible Youth, and We Got Married, to the vendors often shown on Running Man, to the heated games with food as its reward, food constantly and shamelessly being advertised. By the way the food is being presented, basically, the cast members won’t be the only one vying for food by the end of the competition. From kimchi to jajangmyeon, the audience is repeatedly being exposed to delicious-looking, traditional Korean cuisine that make their mouths drool and stomach growl in hunger.

Games and gags are often played in these shows as well, and while they are generally for the sake of amusement, they can teach other aspects of Korean cultures as well. Puns and word games expose the complexity and dimensions of the Korean language. And while there are just as many allusions to current pop culture, gags can often allude to or even replicate notable events in Korean history. 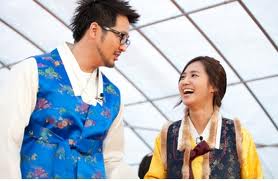 Lastly, these shows help bring to light Korean traditions as well. From the Invincible Youth girls wearing traditional hanboks and learning how to traditionally bow, to special Korean New Year, Children’s Day, or Thanksgiving episodes, we are shown first hand Korean customs, festivities, and holidays. All the Buddhist and other Asian influences can be seen firsthand with these traditions, yet we are also able to see how the West has influenced Korean culture as well as Western holidays such as Christmas is presented and widely celebrated.

While idoldom is a huge factor of the success of Korean variety, their role isn’t to simply showcase them. While they may be a prominent focus or feature on certain shows, most variety shows go beyond the idols and give out their own unique form of entertainment either through slapstick and gags, to action and competition, to even heartwarming peeks of friendship and reality. It’s come to the point where idol appearances have been gaining negative reactions from regular variety viewers as their appearances draw the attention more to them rather than the real charm of the show, whatever that charm may be. Popular variety personalities such as Yoo Jaesuk, Shin Bongsun, and Kang Hodong (before the scandals) are now even considered Hallyu figures in their own right, being seen as popular recognizable celebrities that have their own popularity and fanbase. 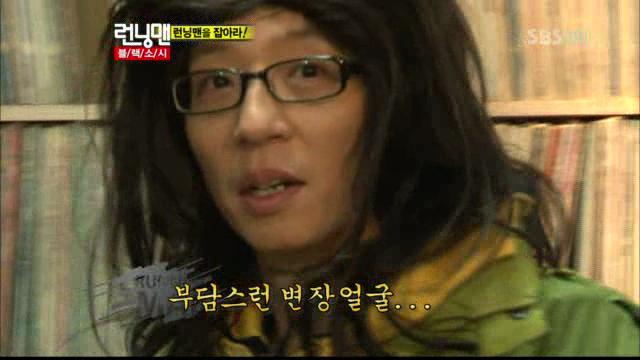 Ultimately, variety shows go beyond being idol vehicles. They have their own roles to fulfill, and whether that role is to entertain, persuade, or inform, those roles can be fulfilled independently. They have their own appeal and intrigue, and it has a niche not only in idol life, but in the entirety of the Korean entertainment industry. What do you think Seoulmates? What do you think variety’s role in Hallyu is? Leave your insights below!