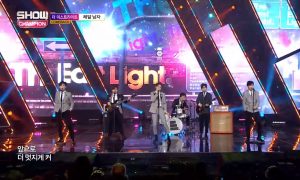 Welcome back for another round of Best of Weekly Music Shows! No matter where you look, there appears to be another idol from a competition show making a debut. At least, this is the case for fromis_9, who were formed out of Idol School. We also have comebacks from Produce 101 alum Jeong Sewoon and the group formerly known as Team B from WIN, iKon. Davichi returned to delight fans and celebrate ten years together. It’s a remarkable milestone, so congrats to them!

Continuing the milestone party, we saw a first win for JBJ on KBS Music Bank, and Oh My Girl on SBS The Show and MBC Show Champion. This is wonderfully rare occurrence since it’s not often that two different groups get their very first music show trophies. Not to be overlooked is Sunmi winning three times for “Heroine”.

I like to share my favorite performances from the past week. Readers are always welcomed to include their own picks in the comments. You never know who may like the same ones!

If you enjoy watching a group of men act like dorks while playing instruments, then you’re gonna like this stage. The band never loses their energy while exchanging playful banter between verses. They exude an infectious, carefree air as they bounce around and make faces. This felt like a concert as they amped up the fan service. They really know how to get a crowd going.

I haven’t watched any of the latest competition shows, but this stage has me excited for whatever group is formed out of The Unit. Looking at the level of confidence and charisma of the girls, it appears the show attracted strong talent. K-pop can always use another fiery set of females, so it’ll be fabulous if these ladies make the final cut. I’m rooting for them!

Like I said, The Unit has collected some of the most talented people as seen by this performance. These guys are so smooth and fluid in their movements; it amazes me every time. I don’t know how many days they had to prepare this stage, but it’s clear that they know exactly what they’re doing. I hope they all get to debut this year.

This is what an entrance looks like. She is the face of a true performer. I’m living for the full ’80s vibe, from her curly hair to her backup dancers wearing denim jumpers. I lost count of how many videos from that decade featured this kind of style, but trust me when I say the idea is definitely present here. I’m glad Um Jung Hwa blessed us with this nostalgic performance.

Don’t laugh, but I hate how fast they’re growing up. They’re going to be real men in a few years, so it’s weird watching them mature on stage. From the looks of this, I’m predicting they’ll be a formidable force with their natural charms. The camera captured their expressions perfectly, boosting the appeal of this performance. They’ve improved a lot since their debut. As much as I despise the reality of them getting older, I’m more intrigued by the idea of their musical growth. 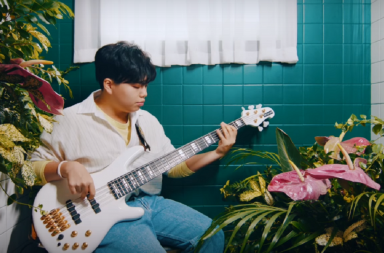 The East Light, Media Line Entertainment, and the Culture of Abuse