Jeong Sewoon Heals with "After" 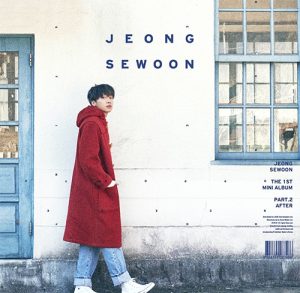 Jeong Sewoon has recently made his first comeback with his second mini-album Part 2: After, to follow Part 1: Ever! No stranger to the stage, he has gained an amazing following his appearances on the third season K-pop Star as well as the second season of Produce 101, and has since held his own as a solo artist under Starship Entertainment.

Having played it safe with his debut album, Sewoon explores a greater variety of genres in this new album, while still keeping it quite laid-back and mellow to appeal to a wide range of audiences.

The title track “Baby It’s U”, a cute follow-up to his previous “Just U”, starts off seemingly soft and ballad-like with sparse guitar accompaniment to showcase his vocals. Upon first listen, it sounds simple, nothing too jaw-dropping. What does elevate the song from Plain Jane status is the chorus which is heavily tinged with splashes of EDM. This unique mix of a light ballad style with an upbeat EDM sound is something that really hasn’t been done recently, and while one may think that these two genres would really clash horribly (and in theory, it does sound that way), the electronic beats are light enough that they don’t completely take over the track, and instead add to the charm of this soothing, refreshing title track.

The diversity in the title track sets the tune for the rest of the tracks to be an varied mix of tunes. “Toc, toC!” and “Irony” are the more upbeat, groovier tracks. While “Toc, toC!” features an R&B style that shows off Sewoon’s high notes, “Irony” is the classic funky pop song that is perhaps the best track off the album to dance and jam to. 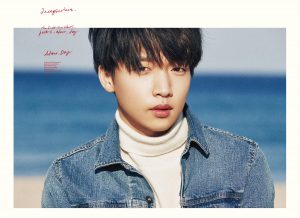 The remaining three tracks are more relaxed and toned down. “I Love You” is the quintessential emotional ballad, while “No Better Than This” and “Close Over” are, well, healing tracks. “Healing” is an odd and, frankly, vague way to describe songs, but there’s no better way to put it. Maybe it’s the way Sewoon sings so earnestly, or his warm tone, or the tinkling of the keyboard notes in “Close Over” especially, these tracks just seem to resonate with me and ease the stress after a long day of school.

While Sewoon has shown a lot of growth and development as a musical artist already — especially after learning that “Close Over” was actually self-composed and self-written, this album still seems to fall a little short in terms of being memorable. Even with “Baby It’s U”, it’s still a little too simplistic and subdued to really stick and make an impact as a title track. With the rest of album save for a few of the more upbeat songs, the tracks seem like they would be tunes that you would hear in a café on a Sunday morning — soothing, but also very, and maybe too, safe. I commend Sewoon’s consistency in highlighting his vocals in these mellow tracks, and understand that this is probably the image that he is going for a solo artist, but I do hope that he will branch out even more in the future with stronger and more impactful music!