EXID Gets Sensual For "Night Rather Than Day" 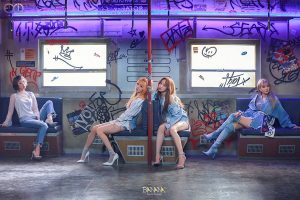 EXID is one of those groups with a storied past. They’ve gone through member changes and switched agencies at one point. Like a number of idol groups, it was predicted they’d disappear into oblivion until a fancam of Hani dancing to “Up and Down” went viral. In underdog movie fashion, they rose up from obscurity to become a trending group. It would be a bittersweet victory for fans since it led to some polarizing releases that seemed to mimic “Up and Down” more than anything.

This may have been a blessing in disguise for their current album Eclipse. It’s possible that the criticism of their lackluster releases after “Up and Down” led to a change in tactics. There’s also a chance that the disbandment of groups like 4 Minute, 2NE1, and Wonder Girls increased the demand for more mature concepts. Not everyone can relate to teenagers singing about first loves and crushes, so groups like EXID broaden the spectrum by covering topics their older peers understand.

“Night Rather Than Day” extends past the puppy love stage and delves straight into a more mature level of a relationship. Visually, it matches the coquettish nature of this song. It’s this presentation of the song that best demonstrates how grown EXID is, in case anyone forgot.

EXID is cooing their lover to visit them at night because their day time schedules are too erratic for afternoon delight. They are no strangers to sexy concepts, but this video appears to disguise it a little more than previous ones. Unlike “L.I.E.“, “Hot Pink”, or “Ah Yeah“, there’s fewer tongue-in-cheek references to the topic of sensuality, and it’s actually not necessary here. The video sort of mimics the idea of this secret late night rendezvous by keeping things low key and chill.

It begins with shots of the members dreamily singing inside a subway car. They’re dressed casually in denim and covered in sparkly makeup. It’s become almost customary to use the urban aesthetic as a way of conveying toughness, but we’re seeing the opposite usage here. They’re the girls-next-door who probably love to go bar hopping after a long work week. They’re the ones you know have Instagrams dedicated to showing off their makeup skills and nail art. These ladies want a good time and will make it happen. 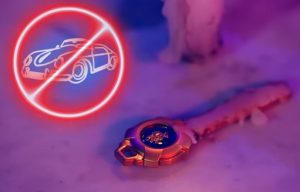 That’s made abundantly clear in the song lyrics that list all the reasons why they prefer meeting up at night over day. Their evenings are less stressful. The lighting makes them look hot. They want to gaze at stars while cuddling and feeling their lover’s body heat. Whatever the reason, they are most adamant about not hooking up during daylight hours. Perhaps, they’re undercover vampires.

There are a couple of visual reinforcements that playfully showcase how little they care for day dates. Hani cuts up public transport cards. LE covers a car key in candle wax, implying that her lover isn’t going home tonight. I enjoy these subtle details that get the message across in a lighthearted manner. What’s better is that the message isn’t that deep, which is acceptable for a song with a laid back vibe.

Everything complements the jazzy pop track. The styling has a casual throwback feeling from the ’90s with denim and neon combining for a fun, cool look. The choreography went well with the beat, too. It wasn’t anything flashy, yet it caught my eye. EXID were so polished and clean with their moves, flowing in sync with the song. I know that’s how it should always be, but sadly, it doesn’t always work out for some groups. These ladies didn’t suffer from such issues since the routine fit the mood perfectly. 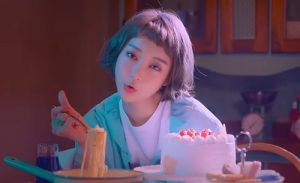 Something else that caught my attention was that they didn’t have a male love interest. Notice how Jeonghwa takes a solitary bath while Hyelin eats ramen and cake alone. Considering, there are lyrics referring to how they’ll get sick eating if their date arrives too late, the Hyelin scene isn’t all that strange. As for the bath, maybe Jeonghwa has one of those delicious bath bombs in there to prepare for their date. This all contributes to the anticipatory feelings EXID has for this midnight meeting. They’re ready for sexy times.

For the most part, the song is chill and the video matches that. It walks a similar path to burlesque if you consider the sexual undertones of their nightly invitation to pleasure. Although, they don’t quite say it directly, we get enough indirect clues to fill in the blanks. It’s subtle, sensual, and a much-needed pre-summer jam. I’m glad they toned things down for this song because this is the EXID I remember from their “Every Night” days, which included Solji, who is absent for health reasons. Hopefully, her health improves along with their music.